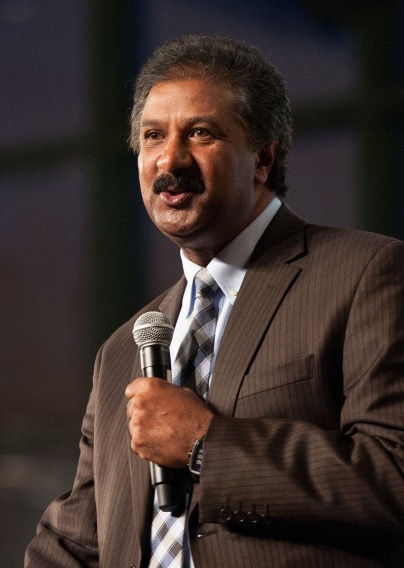 Gilbert Cangy, youth director for the Seventh-day Adventist world church, will fly around the world in 24 hours on March 19 — and he is inviting you to accompany him on the trip.

Cangy will don a pilot’s uniform and embark on a 24-city tour that starts in the Fiji islands and soars through Australia, India, the Middle East, and Norway before touching down in the United States at the end of Global Youth Day on Sabbath, March 19.

“This will be the longest flight ever,” Cangy told the Adventist Review with a smile.

The catch is Cangy won’t actually be stepping aboard an aircraft. He will travel the world from Hope Channel’s studio in Germany, which will air 24 hours of live broadcasts of Adventist young people offering free hugs on city streets, collecting used clothing, and painting murals as they seek to practical ways to share Jesus’ love in their communities.

Cangy wants you to take the trip with him from your home — unless you happen to be a young person. Then he expects you to be “acting as Jesus’ hands and feet” in your neighborhood and uploading photos of your activities on the Global Youth Day app and on other social media.

“I am looking forward to staying up 24 hours to watch the movement grow as our young people from all over the world step up to ‘Be the Sermon,’” he said.

“Be the Sermon” is the motto for Global Youth Day, an annual event now in its fourth year and always held on a Sabbath.

More than 5 million young people from 132 countries participated in Global Youth Day last March, breaking all previous records. In another first, footage from the event was live-streamed online and on the Adventist Church-owned Hope Channel for 24 hours.

Read from last year: Records Broken as Young Adventists "Are the Sermon"

Bigger numbers are expected this March 19.

Live footage will be uplinked via satellite from at least 24 locations to the Hope Studio in Germany, where Cangy will co-host the round-the-clock program with two young people dressed as flight attendants. A cockpit, airplane seats, and a section of aircraft fuselage are being assembled in the studio from parts provided by a scrap company near London’s Heathrow Airport.

For the first year, the church’s Middle East and North Africa Union will feature activities from its region for a full hour from Beirut, Lebanon. The activities will include painting a community mural, assisting refugees, free health checks, and cooking for an orphanage, said Chanmin Chung, communication coordinator for the Middle East and North Africa Union.

Event organizers also noted that the Euro-Asia Division, which covers most of the former Soviet Union, will broadcast live from Kiev, Ukraine, while Adventist young people from Israel will get time during a Trans-European Division transmission from Oslo, Norway.

The Trans-European Division, which is also broadcasting from Newbold College in Britain, has compiled a 10-point list for young people seeking to get involved with Global Youth Day.

“Start by talking to God, and telling Him: ‘Lord, I am available to You today. Please use me for Your glory, and make me as a representative of Your Kingdom. Let me meet those people who need exactly the type of representation I am for You,’” says the first point on the list. “God responds to all who make themselves available to Him, and provides representation opportunities.

A Global Youth Day app that allows users to post pictures of their actions and geolocate it on a map is being updated for Android and iOS. Young people also are being encouraged to post on Facebook, Twitter, and Google+. More information is available on the event website.

Cangy noted that most participants are aged 13 to 34, a critical age group that has disengaged from the church in large numbers in recent years. He said he believed Global Youth Day was a God-inspired way to help connect them to the church.

“Global Youth Day is growing and will continue to grow, not because it is a clever idea backed up with the latest technology, but because it is the unfolding of a vision from God in direct response to fragmentation and disengagement,” he said.

The excitement is tangible as the countdown commences on Global Youth Day. The event even has its own online countdown clock.

In South Africa, young Adventists kicked off 30 days of prayer for Global Youth Day on Feb. 18 in the church’s Kwa-Zulu Natal Free State Conference, according to Global Youth Day’s Facebook page. Youth in Mysore, India, were finalizing plans to visit a local hospital. Teens at the Lepapa Seventh-day Adventist Church in Botswana were distributing posters about an initiative to collect clothing for the needy in their community. Young people in Orange in the U.S. state of New Jersey have released an upbeat promo video with footage of free hugs being offered at last year’s event.

“The beauty of Global Youth Day is that it is not prescriptive. We simply provide a time and space for mission,” Cangy said. “We never cease to be amazed at the diversity and creativity expressed in service for God as young people express their giftedness.”