Peru’s government has decorated John Graz, public affairs and religious liberty director for the Seventh-day Adventist Church, with a prestigious award for his international work promoting the right of all people to worship according to the dictates of their conscience.

The national parliament presented Graz with its congressional medal during a packed session in the capital, Lima, on May 28.

“Religious freedom is not the defense of one religion against others, but it is the defense of the individual right to be different, and to believe according to conscience,” Graz said in a speech to lawmakers.

The award follows a more than 15-year relationship between Peru and the International Religious Liberty Association, an Adventist-affiliated organization led by Graz.

In 2009, Peru hosted the association’s first Festival of Religious Freedom, an event that drew more than 40,000 people to the National Stadium in Lima. The purpose of the festival, Graz said, was simply to say “thank you” to the government of Peru for the religious freedom protections enjoyed in the country. Since then, some 30 festivals have been held on six continents.

Graz, who is retiring later this year, said the congressional medal belongs to all those who have worked so hard through the years to promote the principle of religious liberty in Peru.

While in Peru, Graz also gave a lecture at the Seventh-day Adventist Church’s University of Peru, where he was awarded the Fernando Stahl Medal for his two decades of work promoting religious liberty around the world. The medal is named for the Adventist Church’s first missionary to the Peruvian Andes in the early 1900s. Fernando and his wife, Ana, revolutionized the lives of the indigenous people in that area — bringing education, medical care, and spiritual hope.

Magazine Article
After the Dust Settles
Adventist public engagement after the tumultuous year 2020.
News
“At the Forefront of the Promotion of Religious Freedom” News
Adventists in Peru Shine a Spotlight on Religious Liberty 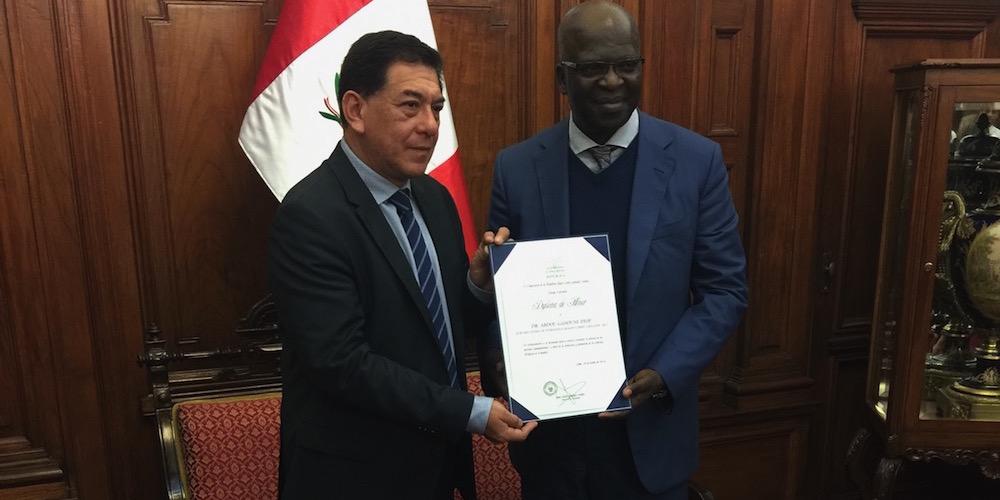