Passing On the Keys to Creativity 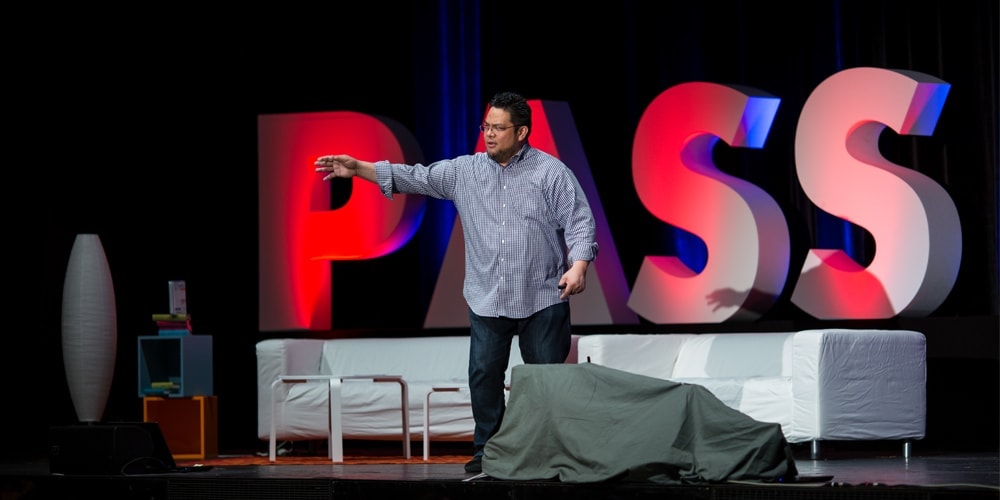 As the 2018 Global Youth Leaders Congress turned the corner toward its conclusion, Seventh-day Adventist youth leaders from around the world donned matching event t-shirts for a mass group picture and crammed in as many seminars as time would allow.

Organizers also facilitated an investiture service for Master Guides, the highest level of achievement for a Pathfinder — the Adventist club for young men and women akin to Boy Scouts and Girl Scouts.

And, to no one’s surprise by this point, speakers continued to push participants outside their comfort zone.

Ty Gibson, co-director of Light Bearers Ministries, continued his series by focusing on what he suggested is the environment within local churches most conducive to evangelism and ministry, especially considering younger generations.

This postmodern shift to an information-based system affects outreach methods, argued Gibson. “While we were at church,” he said, “empathy replaced authority as our new evangelistic currency.” Gibson challenged youth leaders that rather than trying to “open rosebuds with hammers and pliers,” what is now needed is more “sunlight and water.”

Gibson next shifted to the implications of this societal shift for the local church. “Local churches should be incubators of creativity,” he said. In order for that to be a reality, Gibson offered a perspective from Ellen White, a co-founder and the modern prophetic voice of the Adventist Church. “Our work is a progressive work, and there best be room left for methods to be improved upon,” he quoted her as saying.

Local churches, Gibson suggested, should encourage and cultivate this mission-oriented creativity by distinguishing between preferences, norms, and moral absolutes. “If I elevate my cultural heritage and aesthetic tastes to the level of moral absolutes by which I judge the ministry of others, I am insisting that the gospel is only for people like me,” he offered. “If you and I are the same, one of us is not necessary.”

He concluded by pleading with youth leaders, “Unleash our young people into the world with all possible creativity.”

Another keynote address was given by A. Allan Martin, teaching pastor of Younger Generation Church, a ministry of the Arlington Seventh-day Adventist Church in Texas, United States.

Martin reminded leaders that every local church has one person who seemingly has all the keys to every door in the facility and that only through that individual could some doors ever be unlocked. Metaphorically, Martin suggested that youth leaders in local churches should begin thinking of young people who are ready to be given the keys in an environment of mentorship.

Drawing on an illustration of how he taught his daughter to drive a car, Martin offered, “In the mentoring relationship if you are constantly moving the wheel and stepping on the brake, you are not mentoring, you are losing your mind.” Concluding his talk, Martin challenged, “Empower young people to envision new doors with new keys.”

Whom Does the Adventist Message Belong To?

David Asscherick again took the stage to discuss the theme “Pass it On” by focusing on the identity of the Adventist believer that youth leaders should be passing on. His fourth installment remained in Romans 1, in which the writer and apostle Paul shares with his readers that part of his identity is preaching the gospel.

Asscherick, well known for his public speaking over the past two decades, turned to 2 Corinthians 5 for what he suggested was the biblical model for preaching. He pointed out that “for Paul the driving motivation for his mission and the mission of the wider church was the love of God.” Following the apostle’s declaration that “the love of God compels us,” Asscherick passionately argued that “the great motivation of everything that we do must be grounded and stabilized and rooted in the love of God.”

Asscherick continued his exegesis of 2 Corinthians 5 by sharing Paul’s challenge for a new way to view people. Since Christ died for all, the apostle wrote, “therefore from now on we regard no one according to the flesh.” Translating the theological statement into practical application, Asscherick summarized it by saying, “Because Jesus died for everyone, we don’t judge by appearance. We don’t judge by the way we perceive them.”

A reference to his conversion experience accompanied Asscherick’s point. “Because Jesus died for everyone, when we see them, we see what the [Adventist owners] saw when I walked into that vegetarian restaurant 22 years ago — a tattooed, pierced, purple-haired punk rocker,” he recalled. “They did not see an obnoxious, filthy-mouthed, 23-year-old punk. They saw something in me that I didn’t even see in myself. Now, I doubt that they saw an evangelist or a preacher, but Jesus did!”

Asscherick reminded youth leaders of the parable told by Jesus about the man who arrogantly prayed, “God, I thank you that I am not like the sinners.” “And Paul’s point is that you are like them,” said Asscherick. “We are all like them, because there is no ‘them’; there is only one giant ‘us’ for whom Jesus has died!”

Concluding his message, Asscherick challenged youth leaders with a memorable point. “The Adventist message does not belong to the Adventist Church,” said Asscherick. Explaining his point, he asked the audience, “Do you believe that the Seventh-day Adventist message is the message of the Bible?” He then suggested that “this message can belong to anyone who can read the Bible. And I have great news for you. There are people around the world … who are reading their Bibles. They’re not going to Adventist churches, seminars, conferences, or evangelistic meetings,” Asscherick said, “but they are coming to the same conclusions that you and I believe.”

He encouraged attendees, “We should celebrate it because they are coming to the truth even if they have never come to our church.”

His concluding point was, “Preach the saving, gathering love of Jesus for all people.”

Follow the Adventist Review and Adventist World websites for further Global Youth Leader Congress stories and get updates at #GYLC18.