Passing on a Passion for Fitness 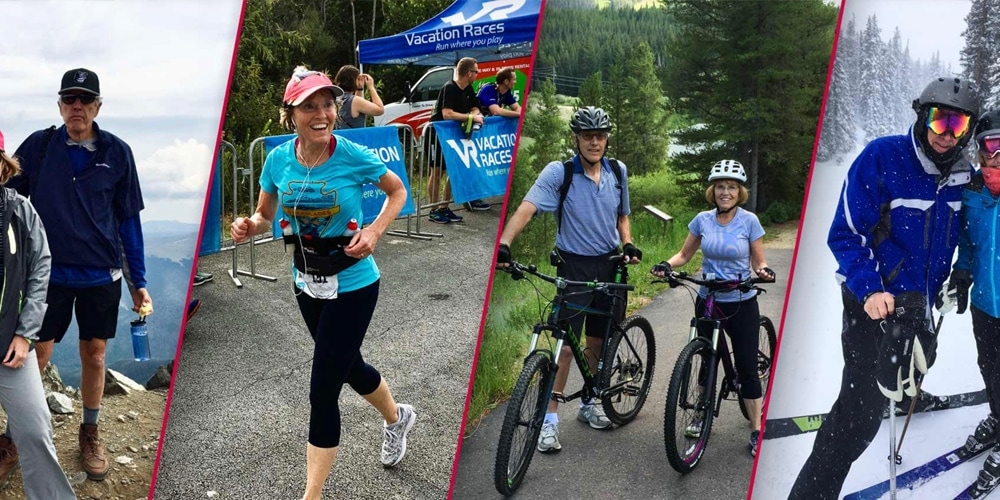 Rich and Lynnet Reiner, who both attended Union College, are supporting the college’s plans for a new and expanded wellness center. [Photo collage: Union College]

One morning while shaving, Rich Reiner made a discovery that proved to be a wake-up call. “I found a bump on my neck,” he said, “that shouldn’t be there.”

At the age of 39, with three young children, he was shocked when a barrage of medical tests determined he had Non-Hodgkin’s lymphoma with a less-than-desirable long-term prognosis.

That was more than 30 years ago.

“It was a wake-up call,” Reiner said. He and his wife, Lynnet, who live in Florida, United States, began to place a greater emphasis on their health — changing their diet and becoming much more intentional about exercise.

The couple continued to grow their commitment to fitness as their kids grew up and then into retirement. Lynnet takes part in the Walt Disney World Marathon every January as well as various half-marathons, and the couple loves to hike, bike, and ski.

“I have joked with many people about trying to keep up with my wife,” Reiner said. “I do my best.” In addition to the marathons, Lynnet enjoys adding Colorado 14ers (peaks higher than 14,000 feet, or 4,200 meters) to her list of mountains hiked. During the pandemic, they have increased their biking mileages and are enjoying doing rail trails in different states. And they continue to ski every winter in Colorado as well as Switzerland and Italy, with a trip planned to Austria this winter.

“We both have a commitment to staying healthy so we can ski with our grandchildren,” he said.

The couple has also long been supporters of Union College, the place in Lincoln, Nebraska, where they met. Rich has served on the Board of Trustees for 20 years, and the couple established an endowment fund for student scholarships. But Union’s plans to build an expanded wellness center felt personal to them.

After Rich retired from Adventist Health System (now AdventHealth), Union College asked him to serve as interim CFO for several months in 2016. “I stayed in one of the guest rooms,” he remembered. “For years, I had gone to the gym every morning, so I went to the Larson Lifestyle Center to exercise. I was not impressed with the facilities.”

Sweating on old workout equipment crowded into small spaces that were not adequately cooled, he thought to himself, “I think we can do better than this.”

So he and Lynnet championed what would ultimately become the Fit for the Future fundraising campaign to build an expanded wellness center at Union College.

Reiner now serves as the campaign chair. The couple gave a leadership gift for the Reiner Wellness Center inside the new AdventHealth Complex, which will nearly triple the size of the current Larson Lifestyle Center.

Both of the Reiners grew up on small farms in the Midwest with limited resources, but throughout Rich’s career, first working in higher education and then health care, the couple invested wisely, including building and purchasing rental properties when they lived in Lincoln after college. “We’ve been blessed financially beyond our wildest dreams,” he said. “We both feel it is important to give back to society and those who come after us.”

Now they are giving some of those properties to Union to help make the project a reality. This becomes a win-win, because tax consequences for the Reiners can be minimized with the financial benefits going to the Fit for the Future project.

The couple believes in the importance of wellness and hopes to pass that value on to college students as they form their own priorities and life goals. “This project really resonates with us and our values. That's why I’ve gone all-in on our fundraising,” Rich said. “It is really important for us to give back to the college where we both had four great years. We believe this is a project whose time has come.”