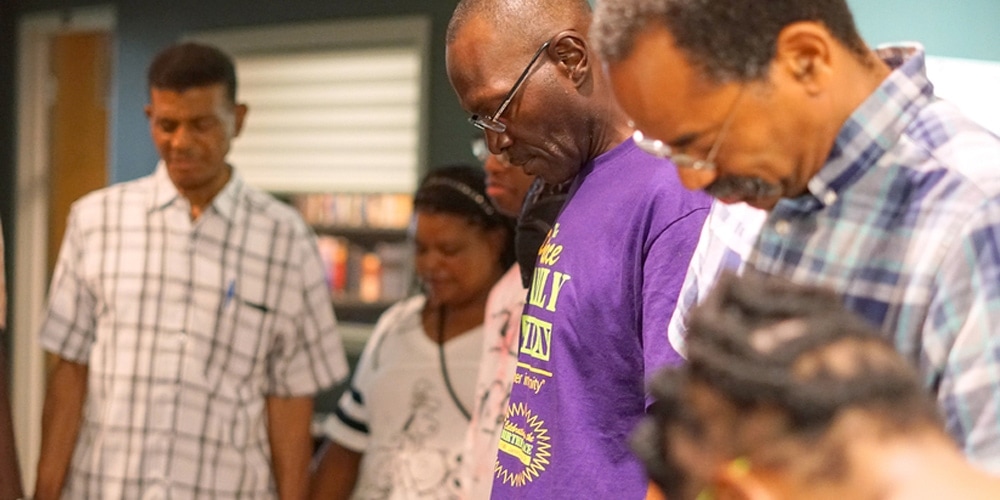 This past summer, as Andrews University students finalized plans for the school year, a few parents began to interact for a very important purpose—praying for their children’s experience at Andrews.

Shirlean Seawood, who has two freshmen attending Andrews, said, “Different parents here and there heard of other parents who had a child going to Andrews. The parents started communicating, started texting; they were excited to connect.”

Parents of current Andrews students made themselves available to parents of incoming students and answered questions ranging from what stores are in the Andrews area to what is essential for a residence hall room. The parent group grew from two to six and plans developed for the parents to pray together for their students throughout the school year. When the fall semester started, the parent group, now expanded to 14 members, met in person for the first time and prayed together with June Price, University chaplain.

Seawood volunteered to coordinate the group and considered the best way to facilitate continued parent conversations. She created a website for the shared texts, emails, pictures and videos, and she arranged for a monthly prayer conference call.

The first prayer call took place on Oct. 8, and 30 parents joined the call. The conference calls will continue the first Sunday of each month at 12 p.m. EST. Ten minutes are spent on welcome and announcements, and ten minutes are devoted to sharing prayer requests. The last ten minutes are spent in prayer for students, families and the University. Text message reminders also present names of specific students who are on the daily prayer list.

Casandra Slade, who has a freshman at Andrews, said, “Knowing that a broader ‘village’ is praying for my daughter is so comforting. The group has been very supportive by sharing experiences that have guided me in providing impactful support to my daughter,” she said. “My daughter has been covered in prayer, and when I ask her if she has prayer requests for the group, she provides requests because she takes comfort in her prayer requests being prayed over.”

“It’s just encouraging,” added Seawood, “to know there are other people in the same boat with the same issues and concerns and worries. Even though you’re going to pray for your child regardless, you have other people praying for your child, as well. It’s pretty powerful.”

Slade seconded. “When we were able to meet up with other parents during Orientation, that was also a blessing. Chaplain Price invited us into her office and prayed over the students,” she said. Slade also shared that her brother-in-law, who is not an Adventist, was very impressed by that experience. “He and my sister had joined us that weekend to get my daughter settled,” she said. “He still mentions that he had never heard of a group of praying parents like that before or that a college would support and promote such a group. What a powerful witness this group has been, is, and will be!”