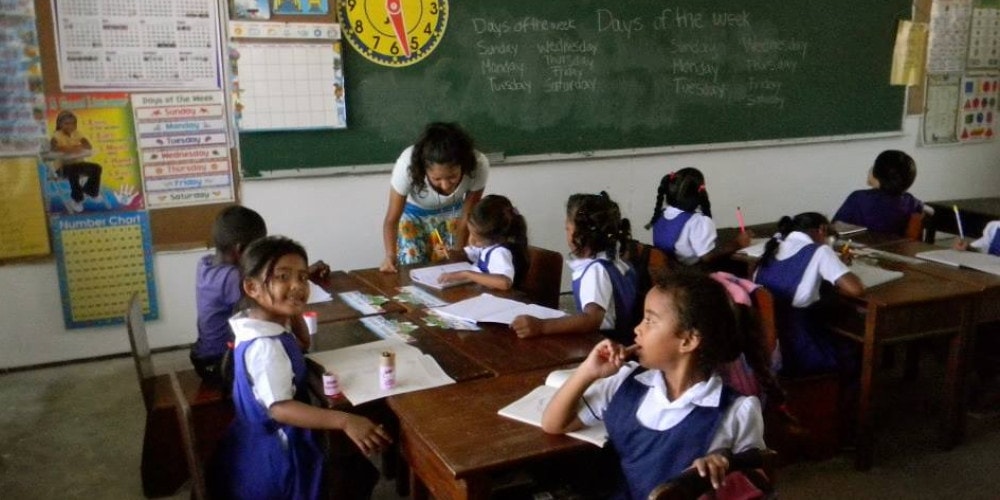 Seventh-day Adventist schools in Micronesia and the Marshall Islands are looking for volunteers to teach for the remainder of the 2015-16 school year after a change in local government regulations left them with a significant shortage of teachers.

The new rules — which required teachers of preschool, grade school, and high school to have certification or at least two years of college education — have since been eased.

But the first- and second-year students who had applied to spend 10 months teaching in the church’s Guam-Micronesia Mission had by that time already enrolled in college for another year, said Elden Ramirez, director of the Office of Volunteer Ministries for the North American Division.

“The schools are struggling,” said Ramirez, whose office sends out the majority of the Adventist world church’s one-year teachers. “Those who were qualified to teach are now overloaded with work. Some are having to teach multiple classes until new missionaries arrive.”

His office is seeking volunteers aged 18 to 70 who are baptized members of the Adventist Church.

The church’s eight schools in Micronesia and the Marshall Islands opened on schedule last month despite earlier fears that an initial shortage of 54 teachers might make it impossible to hold classes.

The North American Division issued an urgent appeal in its NewsPoints newsletter shortly before the school year began.

“The islands of Ebeye, Yap, Chuuk, and Kosrae currently have the greatest needs and may be unable to begin their school year unless teachers arrive soon,” it said.

How the Crisis Began

The teaching crisis surfaced over the summer when island authorities began requiring that all teachers have certification or a minimum of two years of completed college education.

“Therefore, the education superintendent of the Adventist mission was forced to reject freshman and sophomores in college,” Ramirez said. “The shortage of student missionaries was the result of this predicament. When students were not accepted by the local mission, they enrolled in school for another year.”

The authorities recently decided to give the church a transition period during which the new regulations would be enforced gradually, thus averting the risk of school closures.

“They recognize that over the years our Seventh-day Adventist institutions have been a beacon of light in their islands and would like to keep them as part of their education system,” Ramirez said Monday. “Without a doubt this is an answer to prayer.”

The eased rules have opened the window for first- and second-year college students to sign up again.

“They are slowly trickling in,” Ramirez said.

Former student missionaries to the islands called the experience life-changing.

“When I came to Pohnpei I didn’t just become a third-grade teacher, I became a mother, a nurse, a mediator, a tutor, a cleaning lady, a chaplain, a storyteller, and an exterminator,” said Lauren Epperson, a second-year communications major at Walla Walla University who taught on the Micronesian island for the 2014-15 school year.

Epperson, writing in an article published on the university’s website last month, said strength and courage from God and the hugs and joy of her third graders made the year on the island unforgettable.

“Sometimes I feel like my students teach me way more than I ever teach them,” she said.

Most Students Come From U.S.

The Guam-Micronesia Mission is part of the North American Division, but many of its volunteer teachers come from the Philippines-based Southern Asia-Pacific Division, Ramirez said.

“We go and recruit what they need to fill the remaining spaces,” he said. “Sometimes they need 120 student missionaries, other years only 75.”

He asked Adventist believers worldwide to pray for more missionaries and to consider supporting financially those who are willing to go but need help purchasing plane tickets.

All student missionaries fundraise to cover their traveling expenses. Once on the islands, they receive a small stipend, free lodging, and insurance.

Retirees with a background in education are also welcome to apply to serve for the remainder of the school year, Ramirez said.

For more information about serving as a teacher, visit the North Amercian Division’s Office of Volunteer Ministries at Hesaidgo.org. Twenty-nine teaching positions remain open on the Adventist Volunteers website. 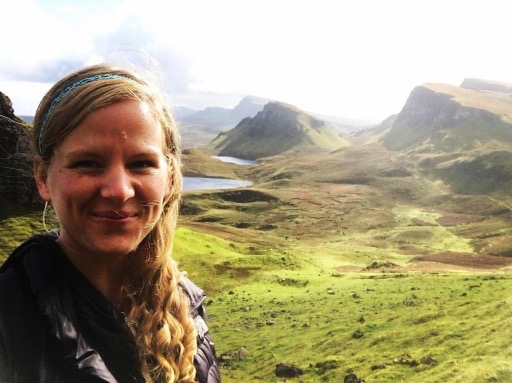 News
Indigenous Village Teachers Receive Training in Brazil
The initiative is the result of a partnership between ADRA and Adventist education. 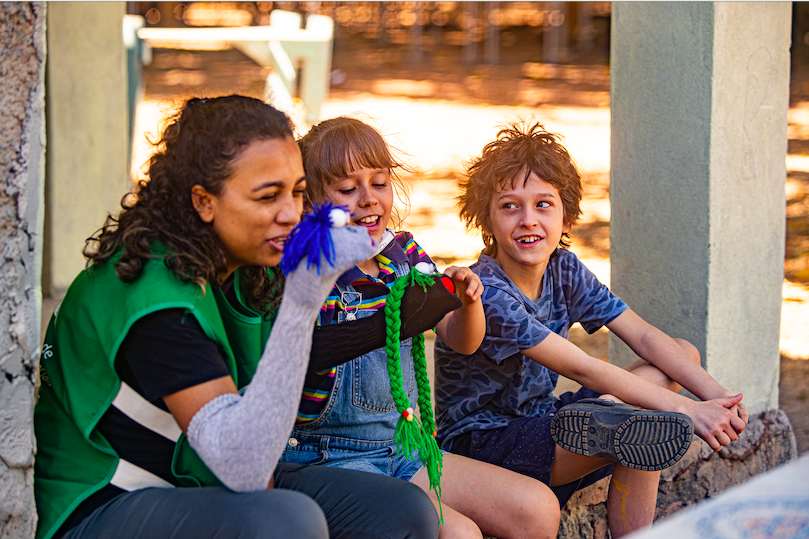