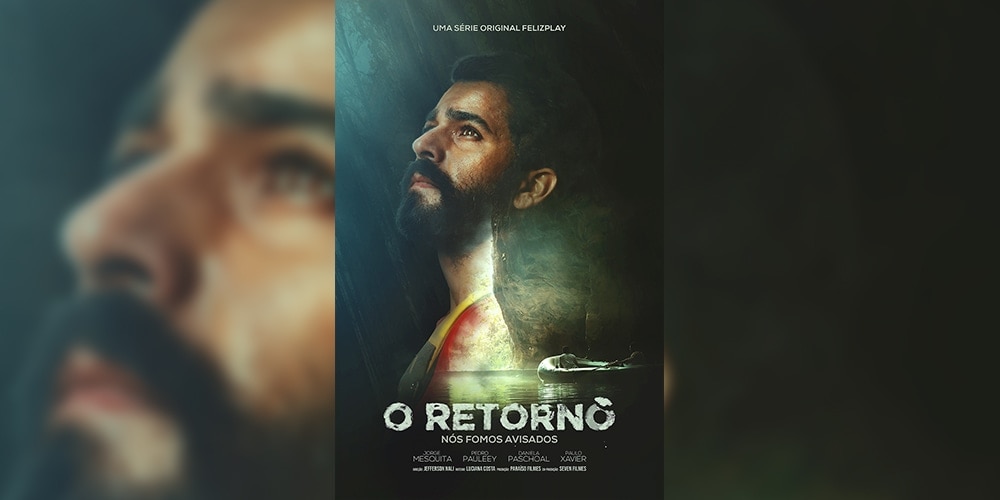 A new online series will help Seventh-day Adventists and others reflect on the Adventist understanding of the last days of human history on earth. The seven-episode series The Return — We Were Warned will be soon available on Brazil’s Adventist-sponsored Feliz7Play online streaming platform, initiative coordinators shared. “The series discusses the events surrounding the last days on this earth before Jesus’ return in a didactic, appealing way,” they said.

Series director Jeferson Nali and scriptwriter Luciana Costa recently discussed their motivations behind this project and the challenges of filming the series amid the COVID-19 pandemic restrictions.

For Nali, the idea for the series had been in the back of his mind for years. “I think that for every person born into an Adventist home, that topic has been in our imagination ever since we can remember,” Nali said.

Costa agreed. “The first time I thought about writing a movie about the great controversy, I was seven years old,” she shared. “A pastor showed the 1986 movie The Final Victory [which touched on a similar topic], and I was delighted! It touched me so much that I decided that I wanted to make movies like that one. What struck me was the discussion about the end of the humanity but the hope that if we made the right choice, we’d have a chance to live forever,” Costa explained.

Costa also discussed some of the challenges they found during the filming of the series. “Every recording process is complex, but because of the pandemic, it became much more complicated,” she noted. “We recorded it during an opening between two lockdowns. We were running against the clock because we knew at any moment, everything could close again.”

She explained that they followed all the protocols put in place, including reducing the film crew. “We fulfilled every requirement to keep everyone safe,” Costa said. “We also worked on the logistics, since we filmed scenes at more than one place.”

Nali added that they filmed scenes in more than six cities across São Paulo State, always with the pressure of the pandemic-related restrictions on their backs. “We adapted to ensure the safety of the whole team,” Nali shared. “The script was changed so we could follow social distancing rules. It was more challenging than we thought.”

In writing the script, Costa said that she strove to be faithful to what has been revealed in the Bible and the writings of Adventist Church co-founder Ellen G. White. “The series is based on passages Seventh-day Adventists have read many times,” Costa explained. “I think it will be an opportunity for church members to reflect on their faith experience,” she said.

Costa also said she believes the series will keep the viewers’ interest. “I think it’s going to be magnetic! It includes action, suspense, and emotion. The project aims to bring out and strengthen the Adventist message and awaken those who are asleep. Our expectation is to motivate people to share that hope,” she emphasized.

Nali agreed. “We want people to wake up to what the Scriptures say about the times in which we live,” he said.