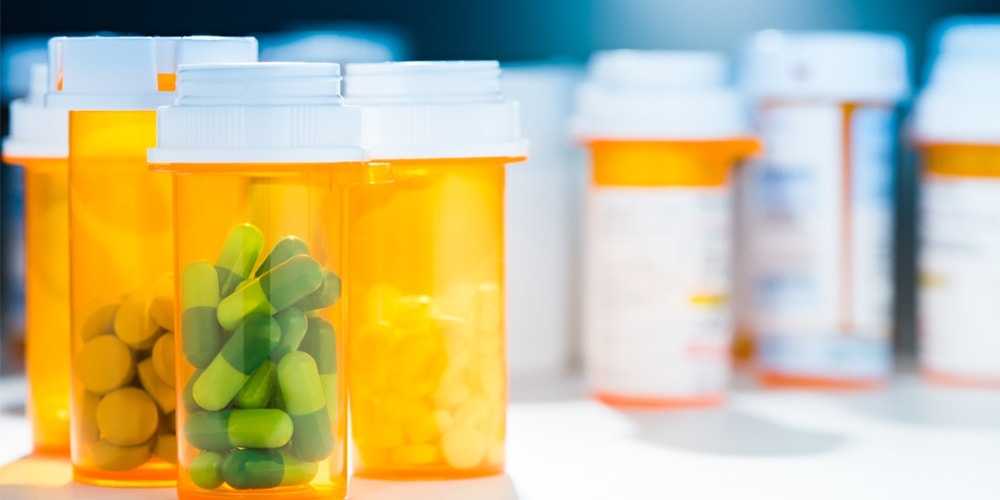 One of United States most prominent health topics came into focus last month with a panel of Loma Linda University Health experts identifying issues surrounding the opioid addiction and abuse epidemic, setting the stage for a discussion of proper pain management by health professionals and addressing underlying matters in addiction.

Presenters and four panelists convened on Oct. 25 at Loma Linda University Medical Center in Loma Linda, California, for last month’s Spotlight on Health Policy meeting, which was organized by the Institute for Health Policy and Leadership and co-sponsored by the Center for Christian Bioethics.

At the start of the meeting, director of the Institute Wonha Kim told the estimate 175 attendees — comprising staff, faculty, students, and administrators — that the problem with opioid pain relievers is that they induce feelings of euphoria in some users and often become addictive.

Kim said opioid addiction is associated with such negative consequences as job loss, homelessness, alienation from family and friends, transition to harder drugs such as heroin, and even death from overdose. She pointed out that opioid overdoses claim the lives of approximately 91 Americans per day.

“Let that sink in a little bit,” she said. “Ninety-one Americans each day.”

Kim reported that the total cost of the opioid epidemic — including expenditures for health care, lost productivity, addiction treatment and criminal justice — amounted to approximately $78.5 billion in 2015 alone.

The substance use recovery and wellness program at the Loma Linda University Behavioral Medicine Center. The program offers a five-to-seven-day medically managed inpatient detoxification program, a four-to-six-week outpatient rehab program, and aftercare groups for patients who have completed rehab.

The program is headed by psychiatrist Katia Stoletniy. In a separate interview, Stoletniy said patients with chronic pain have a special track within the detox and rehabilitation program. The rehab program involves group classes to learn about the disease of addiction, new coping skills and relapse prevention, among other support strategies.

Kim introduced four Loma Linda University Health providers — a dentist, a pharmacist and two physicians — to present their unique perspectives on the often-conflicting demands health care professionals must balance in order to provide the best care for their patients.

Panel moderator Gerald R. Winslow, director of the Center for Christian Bioethics at the LLU School of Religion, set a somber tone by announcing that the opioid epidemic has affected him personally.

“I lost an older sibling to an opioid addiction, so it’s not a matter of an abstract subject to me,” Winslow said. “I have also watched two friends go through this, and even though they’re still in the community, they’re not available for relationships much anymore. So, it’s a personal matter to me.”

In response to a question from Winslow about the geographic extent of the opioid crisis, panelist Justin Hata, chair of the department of physical medicine and rehab at Loma Linda University Health, pointed out that from a political and regulatory perspective, the pendulum has swung away.

“We have moved from the over-prescribing of opioid medications to the situation today where few healthcare workers want to write such prescriptions,” he said. “I think that puts a lot of people at risk, and it’s going to be very challenging how we move forward.”

Associate professor at the LLU School of Dentistry Greg Olson said a key way to take on the opioid epidemic is to have an organized method for making students aware of the complexities of the epidemic.

Olson said he attended a policy session three years ago for the American Dental Education Association in which he and his colleagues came up with ideas for the most appropriate ideas to employ against the opioid crisis. “Since then, I’ve been on a path to try and figure out what role dentistry plays in this,” he said.

Olson added that the central points that emerged from the meeting were that dentists must monitor themselves and their colleagues for symptoms of addiction and that they must also be alert for patients who keep calling back for refills of specific pain medications, particularly if they are in high-risk groups.

Citing a tagline posted on the National Public Radio website, which says ‘My dentist hooked me on opioids,’ Olson added, “We do that a lot through the extraction of third molars. That’s the classic one. We take out third molars, and we give a prescription for hydrocodone or OxyContin and we let them go. And those people happen to be teenagers from 16 to 20 to 25, high risk.”

After noting that pharmacists are often on the front line in the battle against opioid addiction, Winslow asked assistant professor at the LLU School of Pharmacy Emily Hollinghurst for her perspective on the opioid epidemic.

Hollinghurst’s answer was carefully nuanced. She said the question of whether to prescribe the controversial painkillers is not easy to answer. She added that the education point when dealing with patients who are expected to have acute pain — as opposed to the long-term, chronic pain cancer patients often experience — is to ask them, “What pain score is tolerable to you?” She said it is important to give them the expectation that they may have pain after certain procedures.

“As a pharmacist on the oncology side, it is difficult because you have patients with tumors that are compressing on nerves, and other issues causing a lot of pain,” Hollinghurst said. “But then you also have acute issues that are going to be treated with chemotherapy.”

Winslow directed questions to the panelists for approximately 40 minutes before inviting members of the audience to join the discussion.

The room became quiet as one audience member shared his personal experience as a recovering opioid addict. He said he had received excellent and effective therapy, both on an inpatient and outpatient basis, at the LLU Behavioral Medicine Center.

Moments later, the audience broke into spontaneous applause when he reported that he has enjoyed two years of sobriety in the aftermath of his treatment. 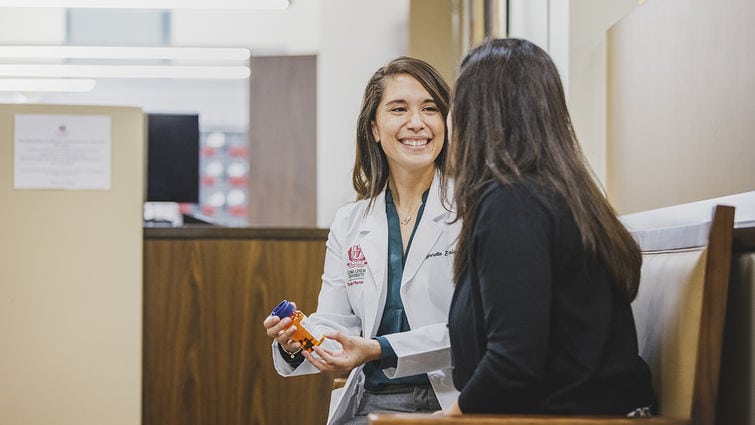