One Member Dead, One Missing After Colombia Landslides 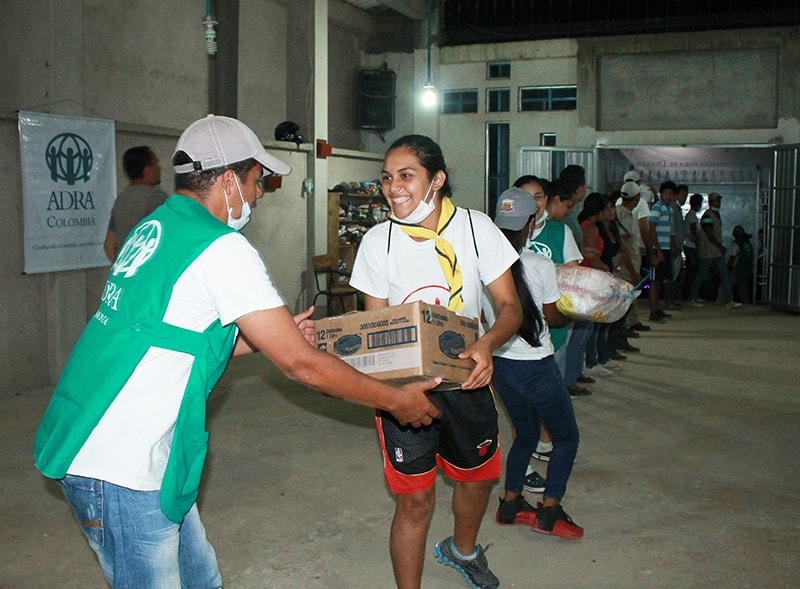 Leaders of the Seventh-day Adventist Church in Colombia reported that one of its members died, one member is still missing, and 10 Adventist families lost their homes after the devastating landslides that killed 273 people in the southern part of the country last week. Hundreds more were injured, and about 2,000 were displaced.

The church mobilized its Adventist Emergency Rescue Team in the early hours of the day after the landslides. The Adventist Development and Relief Agency (ADRA) in Colombia, the humanitarian agency of the Adventist Church, is providing assistance to the victims.

Heavy rain caused three rivers in Mocoa, Putumayo, to overflow causing landslides, which, in addition to the human casualties, destroyed homes and bridges. According to official reports, 17 neighborhoods in Putumayo were seriously affected.

President Juan Manuel Santos, who has seen the destruction first-hand, declared it a public calamity. Santos met with ADRA Colombia leaders earlier today and thanked the organization and the Seventh-day Adventist Church for their assistance in Mocoa.

“We have begun to distribute water, food, clothes, mattresses, blankets and personal hygiene kits to 275 families,” said Villarreal. The distributions will continue until April 9, he added.

"We are so thankful to the volunteers in Mocoa and church members all across Colombia."

ADRA and the church implemented an appeal to the church membership for donations. Church members across Colombia sprang into action, collecting water, food, and clothes. The donations were sent to Mocoa Adventist Church, which is being used as a warehouse and hub for rescue teams and officials. Hot meals are also being provided to those affected.

Power and water lines are down, reported Villarreal, so “ADRA has purchased a generator to keep coordinated relief efforts in the church since there’s no telling when electricity will be restored in the area.”

ADRA International and ADRA Inter-America released funds as an initial response to assist in the aftermath of the disaster.

“We are so thankful to the volunteers in Mocoa and church members all across Colombia and even persons outside of the country who have responded so quickly providing humanitarian aid to so many people in need here,” Villarreal said.