Of Marathon Runners and Run-Down Marriages 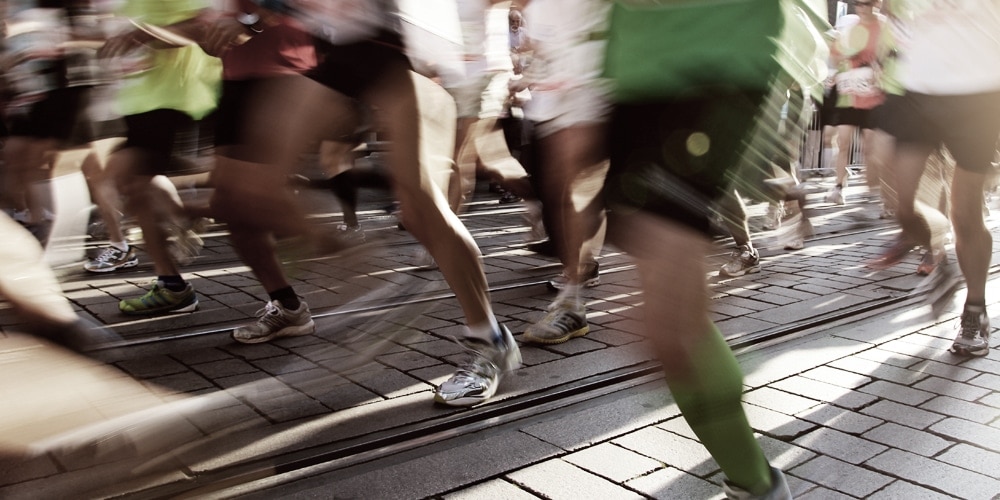 Engage. Empower. Get involved. Watching from the sidelines is not an option.

This is the message heard time and again at the Pastoral Evangelism and Leadership Council (PELC) 2016 at the church-owned Oakwood University, the historically African-American school in Huntsville, Alabama. Under the motto “Contend Together: We’re in this Fight Together,” the December 4-7 edition of this annual training and devotional event looks to equip and empower Seventh-day Adventist pastors for tackling some of the challenges of ministering in the changing church culture of the 21st century.

From a candid testimony of a pastoral couple’s marital struggles, to timely advice on taking on a sport to look “cool” to the youth of your church, to practical suggestions for engaging with your Muslim neighbors, PELC is no so much about theoretical definitions as about being furnished with easy-to-implement tools for the nitty-gritty of ministry.

“Seminars are extremely practical,” said Pastor Allan Chichester, from the Ontario Conference in Canada. “I found them very useful for the minister on the ground.”

Plenary and seminar presentations are interspersed with powerful biblical preaching and lively worship services, making the PELC event an out-and-out spiritual experience. Practical ministry training includes multiple “boot camp” options—intensive training sessions on topics ranging from “The Keys to Powerful Preaching,” to “How to Handle Church Conflict,” and “How to Plant and Grow New Churches.” A concurrent Spanish language track for Hispanic pastors, which had its fledgling start several years ago, has become an important empowering event in its own right with about 60 registrants this year.

Here below, there are three samples of the training offers at PELC 2016.

A Long Way to Marital Bliss

Monday morning, Pastor Baldwin Barnes and his wife Elder Pollyana, from the Northeastern Conference based in Jamaica, New York, whetted audience appetite for their seminar entitled “An Honest Conversation About Marriage,” scheduled for later that day. “Relationship experts say that in marriage, there are usually three areas of conflict: sex, finances, and communication,” Pastor Barnes said. “Well, there was a time when Pollyana and I were doing really bad in the three of them!”

The Barnes then shared how they reached a stage when they were not even on speaking terms on their long drive to church on Sabbath mornings.

“He would rise to preach a sermon on conflict resolution,” Pollyana candidly shared, “and I would say to myself, ‘What if he practiced at home a little of what he is preaching at church!’”.

But the good news is, the Barnes said, that there is hope for pastoral couples floundering through marriage. In their case, it was a matter of first acknowledging they were both unhappy with their current situation, and then committing to an arduous process for making the relationship of their dreams a reality.

“We would like to share with you a couple of secrets that can assist you in this rewarding journey,” Pastor Barnes said before mischievously concluding, “but for that you’ll have to attend our seminar!”

“For years, I made great efforts to preach better and better,” said Pastor Manuel Moral, who ministers to Spanish congregations in Kansas City, Missouri, and one of the keynote speakers for the Spanish track. “But I was not making the impact I wanted, especially in young people.”

“Pastors rarely look ‘cool’ to Millennials,” he said. “But it is essential that pastors find ways of looking more appealing to their younger folks.”

The light dawned for Moral, originally from Cuba, the day he understood that connecting with young people is more about living better than about preaching better.

“It occurred to me that practicing a sport would help me to look attractive to the youth,” he said. But with no idea what sport to take on, he “just started running.”

Two decades and several marathons down the road, Moral now testifies to the effectiveness of this simple method: “you may think the youth of your church are hard to please and difficult to engage,” he said. “But believe me, they get really excited to watch their pastor running. And the day of my races, they are usually there on the sidelines, cheering me all the way to the finish line!”

Under the catchy title “Is President Trump Right About Islam: 7 Things Your Church Needs to Know,” Dr. Keith Burton, Coordinator of The Center for Adventist-Muslim Relations at Oakwood University, provided a brief but compelling biblical rationale for befriending Muslims before unambiguously stating: “God is already working through Muslims, and we cannot afford to just stand idly by.”

Burton went on to provide several down-to-earth ideas on how to relate to some of the 1.6 billion Muslims around the world, especially to the ones living in your neighborhood.

“This is a call for contemporary Good Samaritans,” Burton said, in a nod to one of Jesus’ parables in the Gospels, in which an assaulted and badly beaten man left for dead by the side of the road was assisted by the least likely of passersby. “Church members can launch a Refugees Ministries department at their local church,” he said. “Or you can look for ways of partnering with mosques, as you try to build bridges, focusing on common understandings and beliefs.”

Burton’s practice of the principles he teaches has even allowed him to pray with some of his Muslim acquaintances: “the key is to remember that in our dealings with Muslims, neutrality or lack of action is never an option,” Burton concluded. “Solidarity and engagement: this is to be the proper Christian response.”

The Power of Synergy

From preaching to talks to seminars, PELC 2016 showcases in a variety of ways how important synergy is to make ministry effective in a contemporary setting.

“We are facing challenges that are too complex, too daunting for us to face alone,” conceded Dr. Jesse Wilson, PELC Chair and Associate Professor of Religion at Oakwood. “At times, the church seems to be caught like a deer in the headlights, with few real answers,” he said.

“So we must work together, acknowledging and respecting our various strengths and weaknesses,” Wilson concluded. “We need each other.”