Not Business as Usual 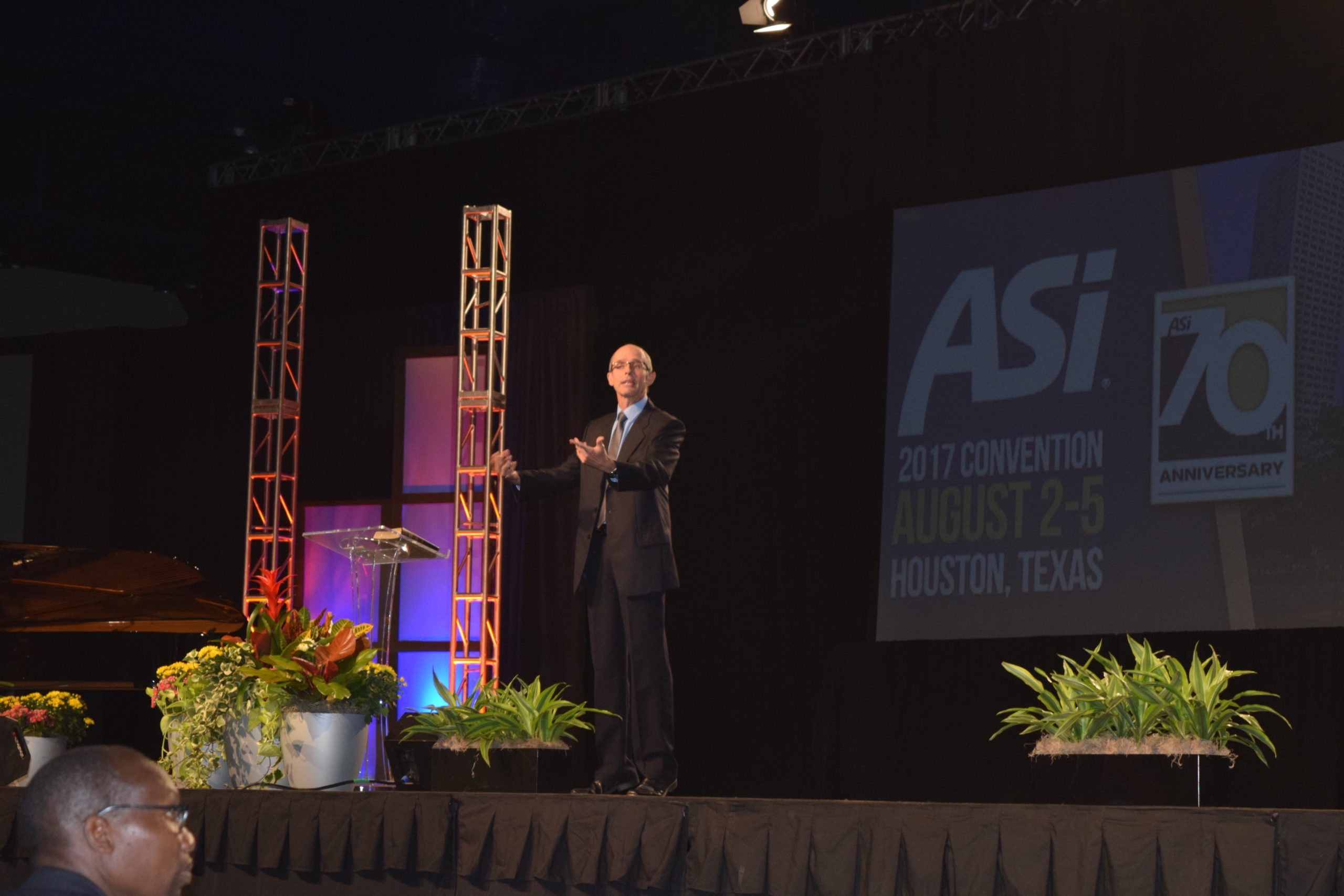 “We live in a time in history when it’s not business as usual,” said Australian Adventist businessman Julian Archer, in the opening statement of a seminar on the intersections of business and spiritual health. His presentation, entitled “The Cross-Eyed Christian,” was part of the plenary sessions during the 2017 Adventist Laymen’s Services and Industries (ASi) in Houston, Texas, United States, earlier this month.

Archer’s seminar set out to discuss whether wealth has an impact on the spiritual life of individuals, congregations, and entire nations. “Is it possible,” asked Archer, “to be financially secure without becoming spiritually bankrupt?”

Delving into his movie-like life story, Archer, who retired in his thirties after a fast-paced business career and founded the ministry “Faith vs. Finance,” said his goal is to encourage and inspire others to focus only on Jesus.

“If we have an eye on heaven and another on earth, we will be a cross-eyed Christian,” he said.

A Life Story to Tell

Archer shared how his father grew up in a restrictively religious home, which eventually led him to reject the church and get involved in drinking and other troubles. At the same time, however, and as he started a family, his father became what Archer called “a serial entrepreneur,” launching from a refrigeration mechanic business to making bodybuilding equipment to opening a gymnasium and a health food store—all of it by age 24.

“My parents were successful, but God was not part of their marriage,” said Archer. “And they were never home.”

In 1974, they decided to choose marriage over business. They sold most of their businesses and moved to 33 acres in the Australian bush. “We lived there trying to be self-sufficient, with no electricity and no running water,” said Archer. “We became hippies, walking around with no clothes as we washed them in a dam.”

One day, at a grocery store in the nearest town, the family met a local engineer who befriended them and eventually invited them for talks on vegetarian cooking at a local hall, which the family attended.

“As he bought bread, he built relationships,” Archer said. “Even without knowing the term, that man was practicing ‘friendship evangelism.’”

The day finally came when their newfound friend invited them to visit his church, which, he told them, he attended on Saturdays. Out of curiosity, the family stopped by and eventually were baptized into the Adventist Church.

Archer grew up and kept working on his family business. Among other things, they kept an olive tree nursery business which included 500,000 olive trees. But in 2007, he decided to sell that business and go into his full-time “Faith vs. Finance” ministry.

Archer shared how he realized that unconsciously, he had become a proud Pharisee, feeling he was more blessed because he was more obedient. He saw that he had also become too self-reliant.

“God’s blessings became a curse in my life,” he said. “Money was gnawing at my core. And even though nobody else could see it, I knew I was losing my first love with Jesus Christ.”

Archer reminded ASi members about a famous quote by Mahatma Gandhi, who once said, “The moment financial stability is assured, spiritual bankruptcy is also assured.”

Adopting a more hopeful tone, however, Archer said that the Bible teaches that there are ways in which riches do not have to become a curse. He quoted Matthew 6, where Jesus invites his followers to “lay up for yourselves treasures in heaven” (v. 19), since “no one can serve two masters [God and riches]” (v. 24.)

“As our blessings go up, our knees must go down,” said Archer emphatically.

Archer added he believes our life motto should be what God said to Abram—“I will bless you so you can be a blessing.” Drawing on the well-known metaphor found in Revelation 3:20—“Behold, I stand at the door and knock”—he quoted church co-founder Ellen G. White, who wrote, “The heavenly Guest is standing at your door, while you are piling up obstructions to bar his entrance. Jesus is knocking through the prosperity he gives you. He loads you with blessings to test your fidelity, that they may flow out from you to others” (R&H, Nov. 2, 1886).

Archer cautioned against trying to overcome our natural selfishness on our own efforts. “We just cannot do it, but the Lord will do it for us if we allow him to,” he said. And quoting Ezekiel 36:26, 27, he concluded, “If we let Him, God will give us ‘a new heart and…a new spirit,’ to walk in His ways, as He has promised.”