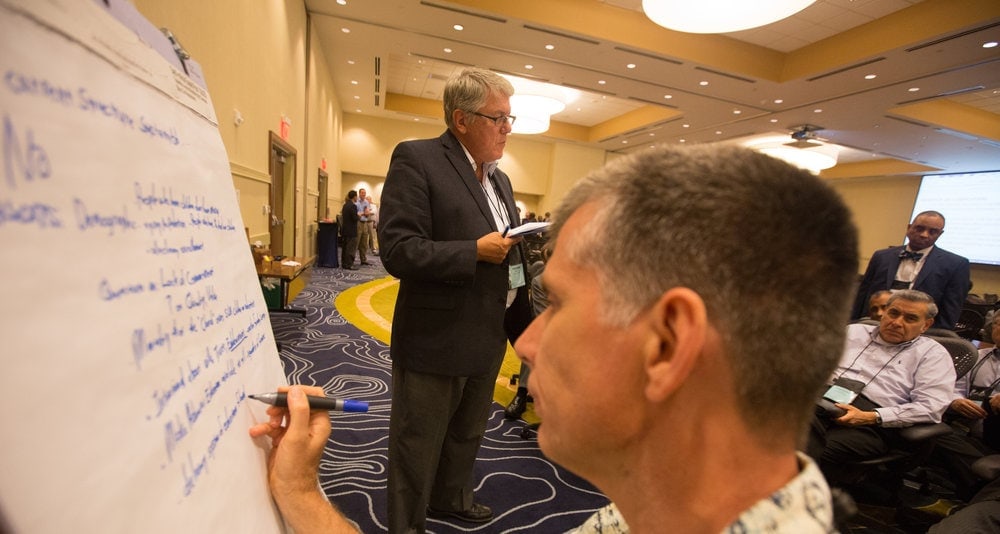 The three goals emerged during a North American Division
meeting tasked with examining ways of working more effectively in North America,
no small undertaking for a division that was only created in 1990. Before that,
the General Conference, which oversees the world church, had also steered the
church’s work in North America.

Dan Jackson, president of the North American Division, thanked the more than
230 delegates for attending the meeting with “open hearts and open minds.”

“This selfless spirit demonstrates a real desire to honestly examine our
current organizational and missional delivery systems and how they need to be
adapted to make the Adventist church more relevant in our communities in the
21st century,” Jackson said in a statement after the meeting last month.

Among those who attended the talks in Chantilly, Virginia,
were the top three officers from each of the division’s 59 conferences and nine
union conferences, as well as representatives from hospitals, colleges and universities.

The division has held similar meetings on a smaller scale in
previous years to discuss matters such as tithing percentages and retirement
benefits.

But this time it wanted to identify the main challenges
facing the region and make necessary adjustments, said Dan Weber, communication
director for the division.

The first question posed to delegates was, “Would you be
willing to sacrifice your position if it meant more effective mission in the
territory?” Ninety-five percent of attendees agreed, a result that was met with
applause.

“Once they had that commitment, that drove the rest of the conversation,” Weber
said.

The North American Division’s funding of other parts of the
world church is a major issue on the minds of church leaders. While North
American Division officials say they relish the opportunity to play a leading
told in world mission, they also note that the division provides nearly half of
the General Conference’s world budget, a significant portion of which is
appropriated to the 12 other divisions. Appropriations to each division range
from $1.3 million to $4.9 million.

And the figure could continue to decline as growing church
memberships in other divisions contribute more to their divisions’ needs
through tithes and offerings.

A committee will be tasked with exploring the three goals prioritized at last
month’s meeting and will report ideas for implementation to the division’s
year-end meeting in November.

“Change is scary,” said Weber, the communication director. “But if you look at
it through the eyes of the healthiness of the organization for mission, then
you have to do it.”