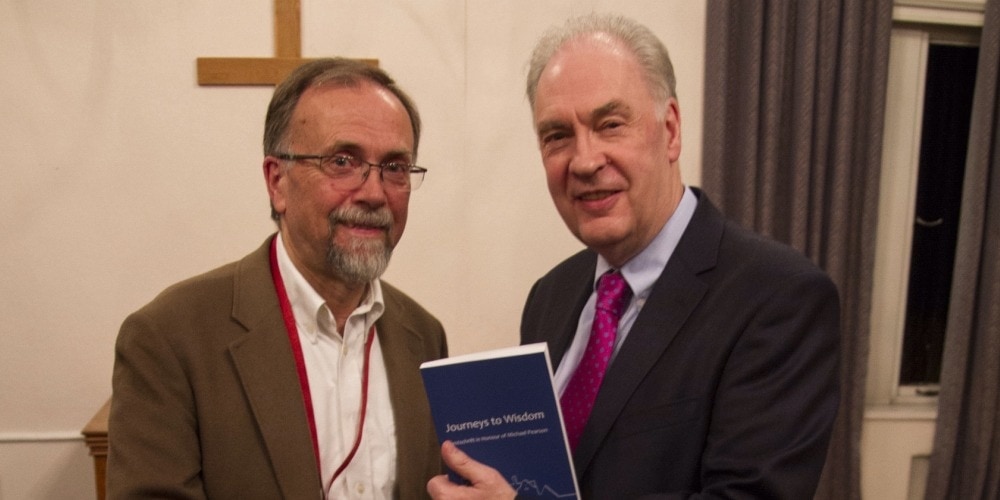 Adventist-owned Newbold College of Higher Education has established a publishing venture, Newbold Academic Press, and presented the inaugural book as a surprise gift to a retired professor.

Newbold Academic Press was launched on March 28 at the end of a five-day European Theology Teachers' Convention, a gathering of nearly 60 theologians from 15 countries who represent every Adventist educational institution in Europe, including Russia and Middle East University.

Newbold Academic Press will be led by Manfred Lemke, academic registrar at the college in the Berkshire, England, and will specialize in the publication of scholarly essays, papers, books, and research.

“Its aim is to further the college's objective of providing quality learning and teaching through the provision of Christian higher education by publishing a variety of titles from Newbold lecturers as well as internationally respected Adventist authors,” Newbold College spokeswoman Kirsty Watkins said in a statement.

The first book is a collection of essays titled “Journeys to Wisdom” in honor of Michael Pearson, who officially retired in late 2013 after more than 40 years. He teaches at Newbold part-time and was recently awarded the honorary title of principal lecturer emeritus.

Twenty Adventist scholars and administrators contributed to “Journeys to Wisdom” through essays on Christianity, spirituality, and ethics, Watkins said.

“By demonstrating their impact on fellow travelers, the book attempts to mirror the breadth and depth of Dr. Pearson's thinking, teaching, and writing,” she said.

The head of the college, John Baildam, presented the book to a surprised Pearson at the European Theology Teachers' Convention, which was held at the college.

Baildam, who has known Pearson for years, praised him as “a critical friend of the church.”

“Always a popular teacher at Newbold, Mike's methods were often unconventional,” he said. “A class on existentialism may have found him teaching while standing on a desk — and a young student endeared herself to him when she famously claimed that 'You are always at your most interesting when you get off the subject!'”

Newbold Academic Press plans to release several more publications in the coming months, including “A Strategy for the Adventist Church to Reach the Increasingly Secular and Postmodern Danish Population,” the doctoral thesis of Bjørn Ottesen, head of Newbold's department of theological studies; and the proceedings of the European Theology Teachers' Convention.

“Journeys to Wisdom” will be available as a printed book or an e-book via Amazon UK.