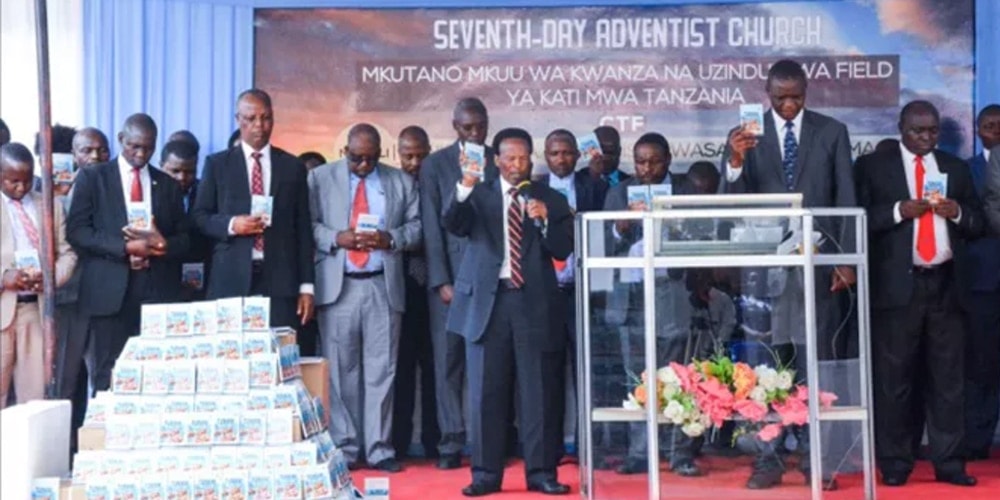 East-Central Africa Division church region leaders said the creation of a new field in southern Tanzania highlights the Seventh-day Adventist Church’s focus on mission, as they recently celebrated its inauguration in the capital city of Dodoma. The new field, which is part of the Southern Tanzania Union Mission (STUM), will be known as the Central Tanzania Field (CTF).

Speaking on the recent inauguration ceremony, East-Central Africa Division (ECD) president Blasious Ruguri commended STUM leaders for working hand in hand with church members to accomplish God’s commission. At the same time, he explained the purpose of the organization of new fields.

“Fields and conferences are publicly organized to declare to the world that everyone is duty-bound to participate in God’s mission,” Ruguri said as he urged local church leaders to lead by example. “You must have certain goals to achieve; you must plan and be clear with your vision.”

Ruguri also called leaders to look forward to the future as they devise plans to spread the good news of the gospel with more people. “Looking at the past, we must face the future with hope,” he said. “Time is running out, but the work we are doing today is opening a new way of doing mission. Beginning here in the city of Dodoma, we want to transform the whole field.”

ECD executive secretary Allain Coralie seconded Ruguri’s comments, and also explained that the creation of CTF followed all procedures required for a field or a conference to be organized.

As part of the inauguration ceremony, local and regional leaders held a groundbreaking moment for two buildings. Leaders expect to use one of them as the local field office, and the other one for what is known as Home Health Education Service (HHES). Leaders also took part in planting twelve trees at Itega, approximately 1.25 miles (2 kilometers) from Dodoma Central Seventh-day Adventist Church. It is the place the church hopes to build its new headquarters shortly.

Leaders shared that the new field will oversee the work of the Adventist Church in the Dodoma and Iringa regions of the country. It will also include the Kiteto district. Currently, the CTF has 21,000 baptized church members, they said.