Nepali Student Gets One Millionth Dollar From Scholarship Fund 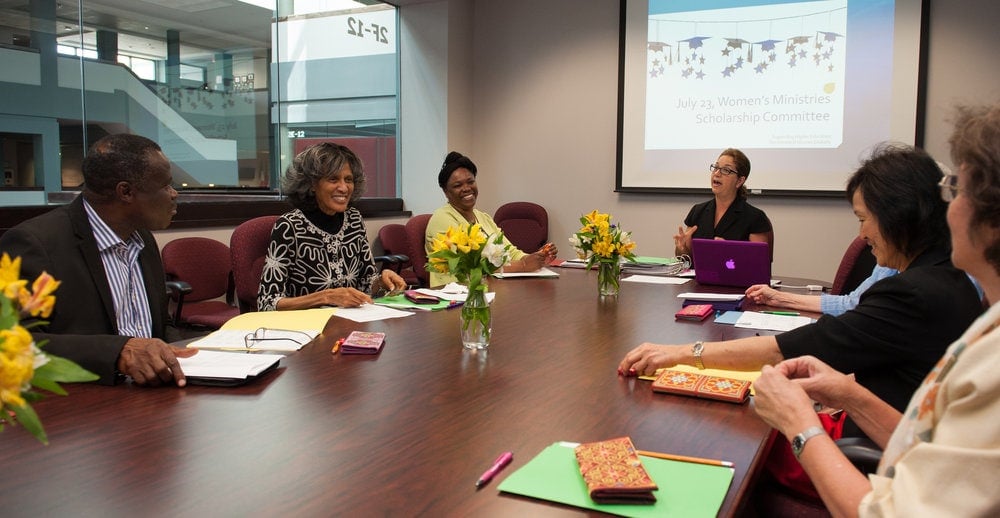 A Nepali student named Sunita became on Wednesday the
recipient of the one millionth dollar from a scholarship fund backed in part by
the sale of women’s devotional books.

The one-millionth dollar was included in a $500 scholarship granted
to Sunita during a meeting of the Women’s Ministries Scholarship Fund at the
world church’s headquarters in Silver Spring, Maryland.

The money will assist Sunita in paying for her tuition at India’s
Spicer Adventist University, where she is majoring in education.

“By helping Sunita, we are strengthening our church in
Nepal,” said Heather-Dawn Small, director of the world church’s Women’s
Ministries department. “We’re wanting to strengthen the church worldwide by
empowering women and supporting them in their higher education.”

Originally founded by the proceeds of an annual women’s devotional
book, the fund over the years has awarded 2,164 scholarships to Adventist women
attending universities in 124 countries. Department leaders say the fund has
helped strengthen the Adventist Church worldwide, especially in developing
countries.

Small praised the $1 million mark as “a big accomplishment”
for Women’s Ministries.

“Education is one of our core focus points, and it’s the
only department in the world church we know of that gives scholarships for
women,” she said.

The fund began in 1993 from the royalties of what would
become the department’s annual women’s devotional book. Its first recipient was
May-Ellen Colon, who is now an assistant director with the Seventh-day
Adventist world church’s Sabbath School and Personal Ministries department.

“It was an encouragement, an affirmation,” Colon said of her
scholarship, the only one awarded that year. At the time, Colon was working on
her doctorate in religious education. “It was great to be the first of a chain
reaction that continues to this day. Hopefully, the momentum will increase.”

The total value of scholarships has increased over the
years, even as sales of the annual devotional book have declined in the past
decade and the majority of funds now come from donors. The committee now awards
annual scholarships totaling anywhere from $75,000 to $125,000, depending on
available funds, said Women’s Ministries associate director Raquel Arrais.

Each of the Adventist Church’s 13 world divisions receives
the same amount to award, and the number of scholarships and the amount vary
locally, Arrais said. For example, the church in Myanmar awards more
scholarships with smaller amounts because of the lower cost of living and
tuition; but in South Korea only a few scholarships are awarded because of the
higher cost.

The scholarship fund has recently focused on Nepal and a
host of other countries, often with a special fund. These include Myanmar,
Cambodia, Ukraine, India, Cameroon and South Sudan.

To donate or apply to the Women’s Ministries Scholarship
Fund, visit adventistwomensministries.org.