Nearly Giving Up on the Man With a Bushy Beard 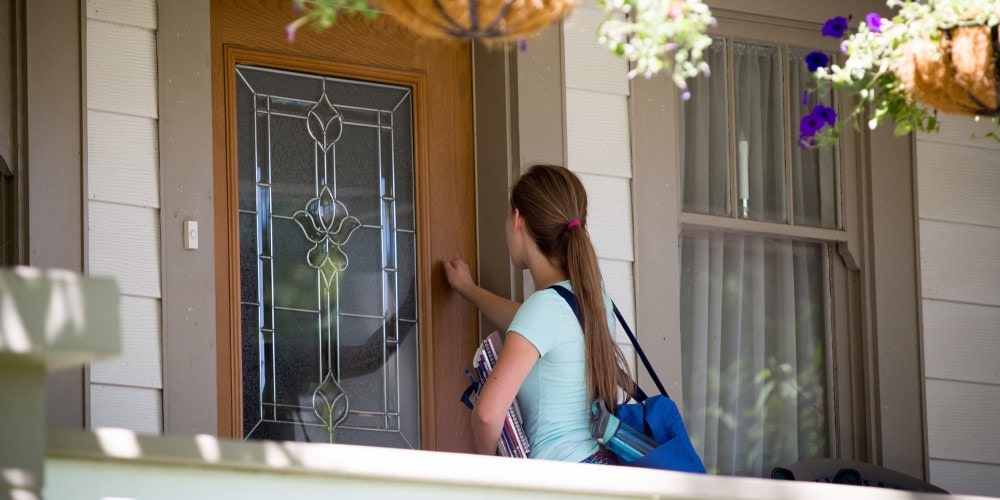 Joseph Talavera, a second-year student at Pacific Union College, gave up quickly on a man named Dan with a long, bushy beard.

Talavera stopped by Dan’s house in Richland, Washington, and showed him a healthy cookbook as he went door-to-door offering Bible-based literature in exchange for donations this summer. Next he handed over a copy of The Great Controversy.

“He looked like some guy from ‘Duck Dynasty,’” Talavera said, referring to a popular U.S. reality show whose main characters wear big, fuzzy beards. “He said he really wasn’t interested.”

So Talavera turned around and headed to the next house. But before he could cross the street, Dan emerged from his house and called the young man back, asking again what The Great Controversy was about.

After listening to a short explanation, Dan expressed disappointment.

To his delight, Talavera told him that it was written by White, a cofounder of the Seventh-day Adventist Church.

“He told me that his family has been a Sabbath-keeping family for 10 years now but are not Seventh-day Adventist," Talavera said. "He had seen The Great Controversy on TV and had been wanting to read it.”

Dan’s opportunity came that day as he took the book as well as Messiah, a modern retelling of Ellen White’s Desire of Ages.

Talavera is among 18 young people who participated this summer in Youth Rush, an annual student literature evangelist program, in the Adventist Church’s Upper Columbia Conference, which covers eastern Washington, the northern half of Idaho, and a portion of northeastern Oregon. Scores of other Adventist teens sold books elsewhere in the United States as they raised money for school tuition.

Read: “How The Great Controversy Changed My Life”

“Youth Rush has changed my life completely,” said Emilie Carr, a high school senior from Yakima, Washington, who participated for the first time. “I now understand how important our lives are to God, and as His followers we need to bring others to Him as well.”

“I found that you really need a strong connection with God doing this work,” said Theron King, a student from near Walla Walla, Washington.

Kiley Johnson, from Lenore, Idaho, echoed that idea. “This summer I learned to really put my trust in God,” she said. “Whenever I felt like I couldn’t do it on my own anymore, I would start praying. I found that God would give me strength.”

While canvassing in Kennewick, Washington, Betty Crawford met an elderly lady also with the name Betty. In the course of their conversation, the older Betty mentioned that she and a friend had been studying the Bible together and couldn’t make any sense of the book of Revelation.

“These DVDs and books will help you unlock the mysteries of prophecy,” responded the younger Betty, as she shared two DVDs, “Theodicy” and “Daniel Chronicles,” and The Great Controversy. The older woman gave a donation for the materials and said she would like to attend a prophecy seminar.

Michael Ghillarducci, who participated in Youth Rush for the third time this year, said his most memorable moment came when a Muslim woman asked for a copy of The Great Controversy and the Daniel Chronicles DVD.

Melina Maniscalco, from Hayden, Idaho, joined Youth Rush for her fourth summer and her third as a team leader.

“I have seen God working through the students in the way they respond to spiritual conversation and speak up in spiritual situations," she said.

Upper Columbia Conference leaders said God worked powerfully through the young people who dedicated their summer to reaching the world through the printed page. They said the teens saw for themselves why Ellen White wrote in Colporteur Ministry: “If there is one work more important than another, it is that of getting our publications before the public, thus leading them to search the scriptures” (p. 7).