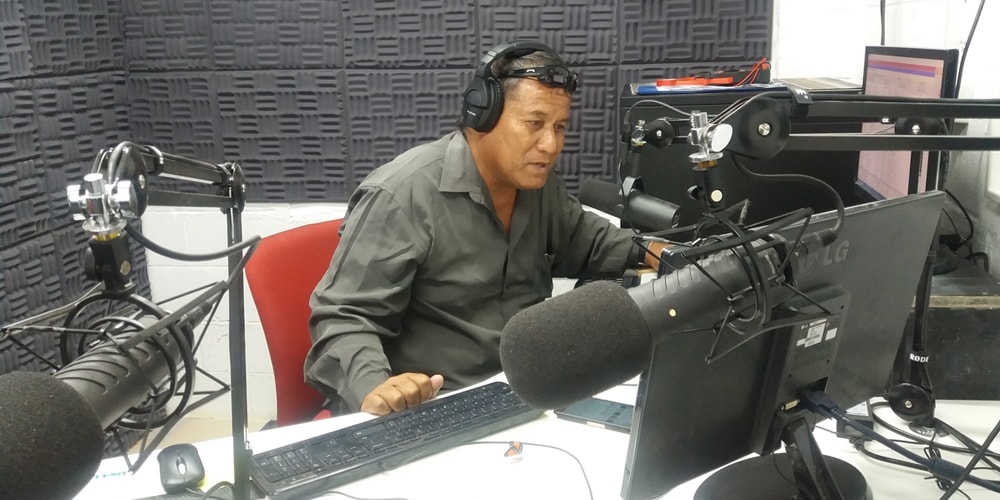 Hope Radio in Kiribati can count the country’s president and a Cabinet secretary among its listeners.

An Adventist church member and senior police officer was the official driver for President Taneti Mamau recently. The officer noticed that the radio in the president’s car was tuned to Hope Radio and a 40-minute Bible health presentation was being aired. According to Hope Radio announcer Tarataake Angiraoi, the president “listened attentively and marveled at many of the Bible facts.”

Cabinet secretary Naomi Biribo is an exceptionally keen listener. This was discovered by Kiribati Adventist pastor Taabua Rokeatau, who was attending an official function and had an opportunity to speak with Biribo.

“She said she has been enjoying listening to our radio [station]. It is her favorite radio station, and [she] commented on the uplifting music and good programs aired,” Angiraoi said.

Already, a member of the community has attended church twice as a result of listening to Hope Radio, which only launched in December 2018. Another listener recently turned up at the studio to speak with Angiraoi.

“I must admit, I had not seen this man before, and I really had no idea who he was,” Angiraoi said. “I let him in, and I said hello, then I invited him to talk. He quickly introduced himself as one of our listeners from Tabonibara, one of the villages toward the end of North Tarawa.

“He said he had been listening attentively to all my presentations and especially [those] on prophecy and other Bible studies. I now have my first Bible study. I did not go anywhere, but God had sent this man to search for truth. Praise God,” he said.

Angiraoi said that he can’t stop thinking about how many people could be in a similar situation.

“I wonder how many people could be out there, who have been listening to the same message and truths, and the Holy Spirit has touched their hearts,” he said.

Hope Radio is aimed at reaching 60 percent of the 110,000 citizens of Kiribati, where the Adventist Church has historically struggled to find a voice, leaders said.