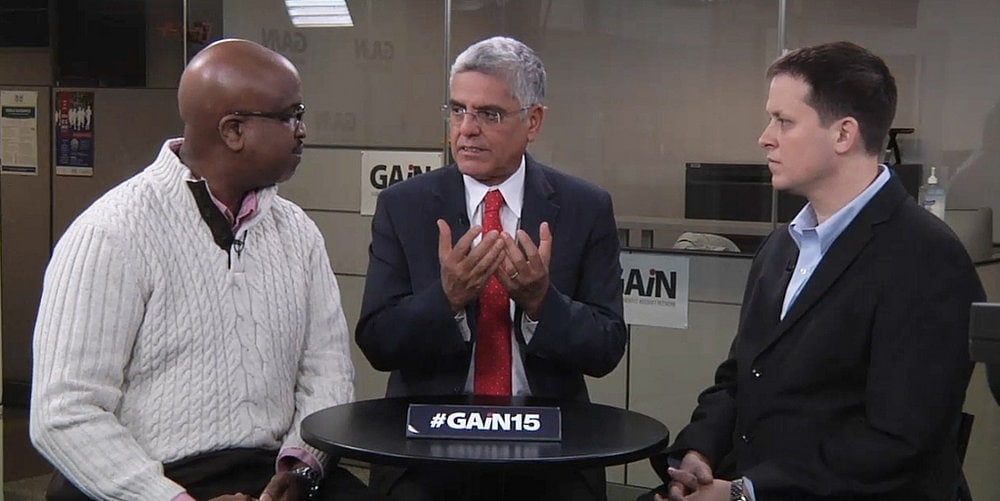 The initiative, named the Adventist Learning Community, will enable church entities and schools to share courses and certification resources.

“Distance education for ministerial and educational purposes is a paradigm shift for how our church does business,” Adam Fenner, director of the Adventist Learning Community, told the Global Adventist Internet Network, or GAiN, conference.

GAiN is an annual gathering of Adventist technology, communication and ministry professionals who promote the use of emerging technologies to spread the gospel. The five-day conference, which wrapped up Sunday, was held online for the first time this year, and it gathered participants from 70 countries.

Fenner said the Adventist Learning Community, which will go online in March at adventistlearningcommunity.com, promised to streamline the way that the church’s North American Division, or NAD, offers distance education.

As an example, he noted that five Adventist universities in North America currently offer identical courses online and employ separate staff to support the programming for each.

Read other reports from the GAiN conference:

"If the Samaritan Woman at the Well Used Facebook"

In another presentation, Dean Waterman, who serves as a pastor in the U.S. state of Virginia, promoted the model of multisite churches, where a single church meets at several locations. The concept, which has grown from 10 multisite churches in 1990 to more than 10,000 today in the United States, can be as simple as a sermon being shared with multiple locations via Internet live streaming or creating numerous worship services within the same congregation at multiple sites and times.

“I believe the multi-site model is one of the most effective tools we could look at,” Waterman said.

The model also serves as a faster way to plant a strong congregation in a new area, taking an average of five months instead of five years, Waterman said.

He said other advantages included the sharing of resources and personnel. A declining church could receive support by joining ministries with a thriving congregation, he said.

“By bonding together and sharing the pool of spiritual gifts, these congregations, it seems, would be more effective in reaching the community,” said Caldwell, who joined Waterman on a discussion panel.

The framework’s designers said they created a simple layout that promotes the Church’s values in a way that appeals to people wanting to know more about Adventists. While the framework offers a worldwide identity, it was also designed for local customization.

Williams Costa Jr., communication director of the Adventist world church, told a separate panel that church entities and congregations should unify their branding of the Adventist Church on the Internet.

“The identity standard is an extension of our logo. It strengthens our brand,” he said.

In late 2013, the Adventist Church released a corporate web framework encouraging church entities and congregations to maintain similar branding. The identity framework is available for netAdventist, WordPress, and other systems as HTML / CSS. It is available at framework.adventist.org.

In a final presentation, Jesse Johnson, president of netAserve, encouraged congregations to consider StudyTracker, a Bible study system on the netAdventist platform.

StudyTracker works with cards that include a paper USB drive and near field communication to electronically deliver Bible studies. It also offers a smartphone app that handles campaigns and events by offering a scannable QR code to track attendance at meetings.