More Things Are Wrought by Prayer 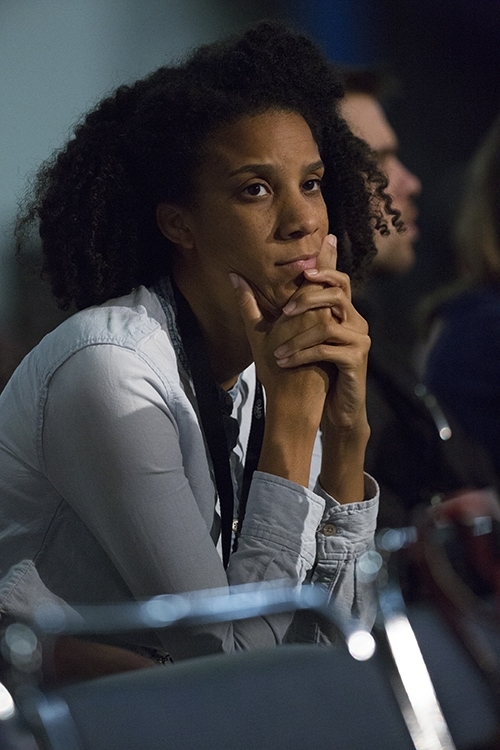 I learned (what I thought at the time) one of the most poignant lessons about effective, culturally transformative Christianity from my one of my public high school teachers several years ago.She said, “Never be so heavenly minded that you are no earthly good.” It’s a simple and clichéd axiom that teaches us not to focus on heaven to the neglect of the world around us.

Fast forward eight years to the George R. Brown Convention Center in Houston Texas for the 15th Annual GYC Conference where several thousand young people sit listening to the captivating testimony of Alex Niculaescu speaking to this very point. He says, “If we were heavenly-minded that we would be Earthly better.”

Alex has been an Adventist and a missionary for the past 10 years. He has degrees in anthropology and history, and has traveled extensively for mission and exploration. He became deeply interested in learning about modern-day slavery after confronting it head on in southern Kenya.

Alex had been working in southern Kenya to build an orphanage for girls escaping female genital mutilation. One day he noticed that one of the girls acted differently when playing tag. When the young girls chased her in the game, everything was fine, but when the boys would chase her, her demeanor changed. She became fearful and defensive. There came a day when the girl wasn’t outside playing tag, and Alex took note of this as well. When he asked one of the caretakers her whereabouts, Alex was shocked to be told that she was with her “husband.” He learned of the horrific experience this young girl faced on a regular basis from the hands of those who should have been her protectors.

Alex was understandably furious. His mind raced for solutions to help remedy her situation, but he came to the stark realization that he had no answer.

The experience drove Alex to his knees. After time in prayer, Alex concluded that the answer didn’t lie in the wisdom, planning and the resources of humans. Alex knew that it would only be through the power of prayer that any real change could be wrought.

Since then, Alex has worked against modern slavery on the frontlines of Brazil, traveling throughout the entire country and ministering in 12 cities.He and his partner in ministry, Levi Longoria, have walked up and down the streets of the cities, praying for people who live and work there.Many days they walked 20 miles or more.

Through a series of providences, he and Levi began working the dangerous favelas of the major cities of Brazil. They simply prayed, asked God to be with them, and to direct their steps.Alex explains, “Prayer is more than just petition: it is continuing in the spirit of prayer.” As they walked through some of the most dangerous places on earth, they walked in the very atmosphere of Heaven because they knew God was with them.

And God more than opened doors for them in the favelas. As they entered each new locality, they simply asked if they could pray with anyone willing. As they finished praying and prepared to leave, residents would flock to them with tears in their eyes, begging them to stay. They walked into the community as strangers, but through the power of prayer, left behind new members of their extended family.

Alex said, “The entering wedge was created because of prayer.”

Alex and Levi began to wonder if they should begin praying directly with the prostitutes they encountered during their prayer walks. They had a burden for these victimized women, but didn’t want to leave the wrong impression on anyone affiliated with them. So, they took it to the Lord in prayer.

Even after praying, they still weren’t sure of the course to take. They decided that if it was God’s will that He would orchestrate events to give them needed direction.

As they traveled on their daily prayer walk through the city, they met a young woman who happened to be a prostitute. After a few minutes of talking, they found out that she knew a great deal about the Seventh day Adventist Church, and had previously sought baptism. Alex was amazed that the first prostitute they approached with an offer of prayer was a young woman already looking to be baptized as a Seventh day Adventist. This gave the prayer partners the confidence they needed to continue the difficult work of stemming the tide of human trafficking in Brazil.

I asked Alex after his GYC presentation how someone can get involved in the kind of ministry he has devoted himself to.

He answered: “I used to think that there was some program or 10-step plan that I could direct people to that would effectively work against human trafficking.But what God is actually asking of us is probably the most difficult thing He can ask of us. He wants us to be people of prayer, and let Him do the work. He explained: “We think that it is only being done because we’re doing it. We’re always looking for a better method, when God is looking for a better people.”

After hearing Alex Niculaescu’s amazing testimony, my heart’s desire is to be heavenly-minded enough to make a real difference in the world around me.