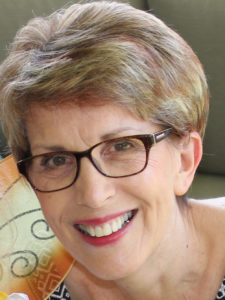 A book on red meat’s impact on health and the environment, which includes the work of two Adventist dietitians, won first prize in in its category at this year’s Gourmand World Cookbook Awards.

Carol Zeuschner, from the Sydney Adventist Hospital, and Angela Saunders, from Sanitarium Health and Wellbeing, together with Kate Marsh, from the Northside Nutrition Clinic in Sydney, wrote a chapter in a 400-page reference book entitled Impact of Meat Consumption on Health and Environmental Sustainability, which was produced by Curtin University in Western Australia.

The book won the Sustainable Food category at the Gourmand Awards, which were presented in Yantai, China, May 26-29. It was at these awards that another Adventist dietitian Sue Radd was announced the winner of the Best Health and Nutrition cookbook in the world for Food as Medicine: Cooking for Your Best Health.

Zeuschner said it was very exciting to find out that the book that she, Saunders and Marsh had contributed to had won the top prize.

“It was quite a shock, a very nice shock,” she said.

Their chapter was entitled: “Red Meat and Health: Evidence Regarding Red Meat, Health and Chronic Disease Risk.” Other chapters were written by health professionals and academics from around the world, including the United States, Zimbabwe, the Netherlands, Bangladesh and Brazil.

“We were trying to show the health impacts of a high red meat diet and the fact that it contributes to obesity, some types of cancer, cardiovascular disease, type 2 diabetes and stroke,” Zeuschner said.

“The focus of vegetarian nutrition has often been what’s missing, what is the risk of a vegetarian diet? But we were trying to flip that on its head and say what are the advantages of eating a plant-based diet?”

The dietitians looked at vegetarian, vegan and other diets that are predominantly plant-based.

“We looked at all those styles of eating and found overwhelming evidence that they are protective for health,” Zeuschner said.

Saunders said there is an enormous interest in plant-based diets, “with more and more evidence that underpins our amazing health message.”

“We can be very confident as we share with our communities the latest evidence on the importance of eating more plant foods and less meat,” she said.

“The science is complex but the solution is simple—eat more plants. It’s interesting to see how vegetarian diets are becoming more and more mainstream and trendy,” Zeuschner said. “It would be a pity if our youth and older members turned their backs on our health message just as the world is embracing it.”

Each of the three dietitians has previously published in the area of vegetarian nutrition, including in the Medical Journal of Australia in 2012.