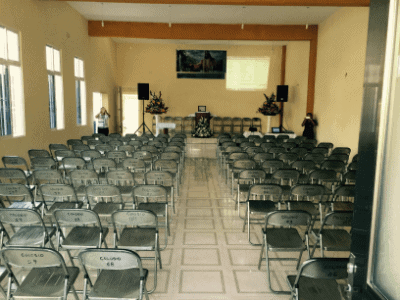 The Seventh-day Adventist Church inaugurated a model church building in southeast Mexico, the first of many in the area that will bear the corporate logo of the Adventist Church and have a standard layout for the sanctuary section.

The El Pedregal Adventist Church opened in Playa Carmen del Rio, in Quintana Roo, after local church leaders adopted a strategic plan in 2013 to build new churches that represent the Adventist Church uniformly across the region.

Israel Leito, president of the Inter-American Division, which includes Mexico, challenged the 47 members of El Pedregal Adventist Church to shine a light in the surrounding community.

“Spread the message of salvation and hope to your community here,” Leito said as he cut the ribbon for the church on May 17. “The message is spreading fast in this part of the country, and we are sure that in a few years this church will be filled with believers ready for the second coming of Jesus.”

The church has a seating capacity of 140, a baptistery, a pastor’s office, a deacon’s room, Sabbath school classrooms, and restrooms.

Leito thanked dozens of regional and local church leaders during the inaugural program and shared greetings from division staff, who helped mix and pour cement blocks when the church began construction last summer during a spiritual retreat in the area.

“Today is a day of celebration for all of the members of our church in El Pedregal,” said Otoniel López, president of the North Quintana Roo Conference, which oversees the new church, during the program. “We are so happy because God has blessed this church abundantly.”

López said the new church became a reality after a group of 10 church members began making payments for the property on the Playa del Carmen 2 district. Land in this district is expensive and few plots are available. About $150,000 has been spent on the church, including for the land.

The Southeast Mexican Union is one of five major church regions in Mexico, with 86,507 church members worshiping in 1,096 churches and companies. 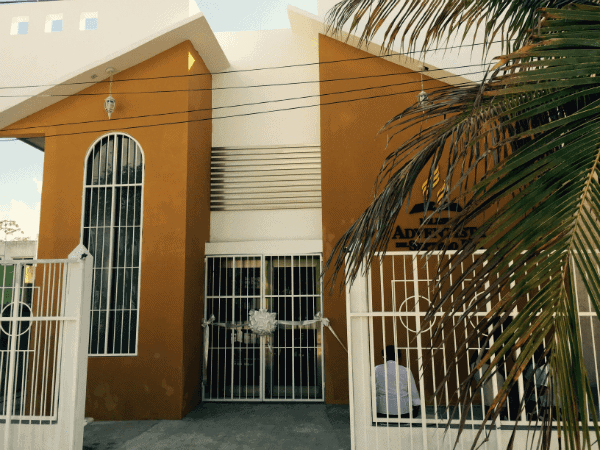 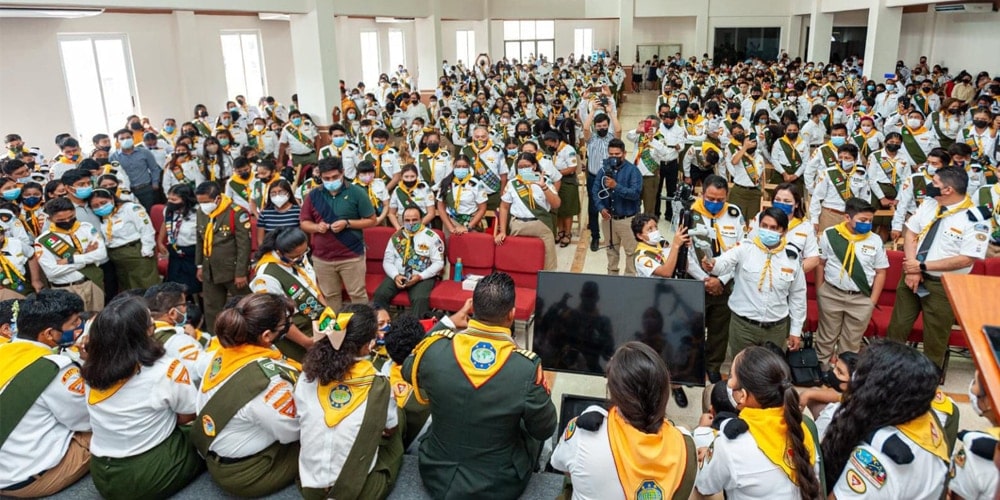