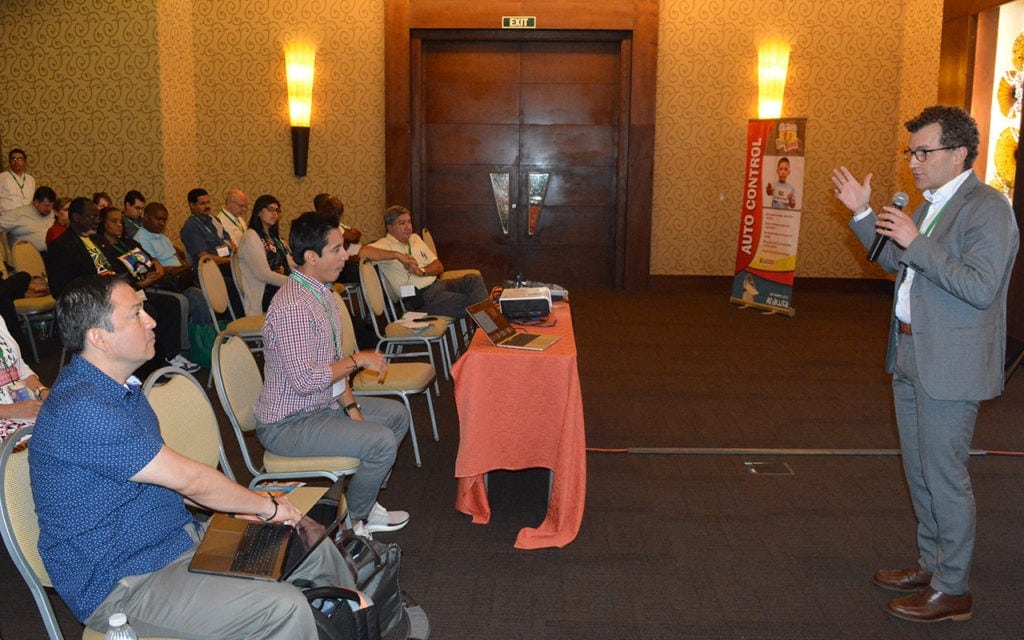 Torben Bergland, a psychiatrist and associate director of health ministries for the Seventh-day Adventist Church, challenged Adventist administrators and health leaders to enforce zero tolerance of domestic violence and sexual abuse in the church, as this is a major threat to mental health and well-being.

He went on. “As a church, we must have zero tolerance for domestic violence and sexual abuse. This is one of the biggest health challenges and health threats that we have, and this is [present] all around the world; no place is exempt from it.”

Bergland’s charge was made during a presentation on depression on the third day of a Health Summit hosted by the Inter-American Division (IAD) church region in Punta Cana, Dominican Republic, January 22-25, 2020. Attendees included church administrators and health ministry directors from across the IAD.

Bergland devoted considerable time to discussing the reality of depression. Depression can affect anyone — even a person who appears to live in relatively ideal circumstances, he explained, and it is twice as common in women as men.

He explained that several factors can play a role in depression, including biochemistry (differences in certain chemicals in the brain) and genetics. “Depression can run in families,” he said. “For example, if one identical twin has depression, the other has a 70-percent chance of having the illness sometime in life.”

Other factors, according to Bergland, include personality (people with low self-esteem, who are easily overwhelmed by stress, or who are generally pessimistic appear to be more likely to experience depression) or a person’s environment. “Continuous exposure to violence, neglect, abuse, or poverty may make some people more vulnerable to depression,” he said.

With more than 264 million people of all ages being affected by depression, according to the World Health Organization (WHO), Bergland explained that “depression is a part of being human. It’s a common response to the brokenness of this world. It is an illness that affects the quality of life and the ability to function. People sometimes think of depression only as extreme sadness; however, depression is a complex state of mind often characterized by hopelessness, self-loathing, isolation, anxiety, sadness, guilt, shame, and emptiness.”

According to WHO, Bergland said, between 76 percent and 85 percent of people in low- and middle-income countries receive no treatment for their disorder.Barriers to effective care include a lack of resources, lack of trained health-care providers, the social stigma associated with mental disorders, and inaccurate assessment. In countries of all income levels, people who are depressed are often not correctly diagnosed, and others who do not have the disorder are too often misdiagnosed and prescribed antidepressants, he said.

Bergland believes that one of the challenges which has affected the effective treatment of depression is that within religious communities, there has been skepticism toward psychology.

“Traditionally, in the history of psychology, there has been some antagonism between religion and psychology, and because of this, many Christians have become resistant and skeptical of seeking help for mental issues,” he said.

On the spiritual side of things, Bergland reminded the audience that some Christians believe persons cannot be saved if they commit suicide.

“I think that whenever someone commits suicide, God knows how much pain there is to it. God knows the history,” Bergland said. “God knows and understands mental health and the dysfunction of the mind better than any psychiatrist. I think that whenever someone gives up on life, it pains God more than anyone else. He is not angry with the individual, but He is angry with sin. So I am not to judge who will be saved and who will be lost. I don't believe suicide is an unforgivable sin. We must always remember that God is a compassionate God who loves humanity, and I believe His heart in a special way goes out to those who suffer.”

“There is so much that I have learned about depression from this presentation,” said Carla Sanchez, from Belize. “I know now that it can affect any one of us, and so we don’t need to be ashamed of it,” she added.

Sanchez said she understands that it is sometimes more the actions and not the words that help us to understand when someone is going through a depression. “We must be less judgmental of persons with depression,” she said.

Bergland made clear that depression can be treated, but treatment doesn’t guarantee full recovery. It is something that calls for greater kindness to those suffering, he said.

“We need to be more compassionate to persons suffering from depression in our church and community,” he said.