Meet The Immigrant Who Pioneered ‘Soul Liberty’ for a New Nation Editor’s note: On Monday, February 20, the United States celebrates the federal holiday of President’s Day, honoring the Feb. 22 birthday of George Washington and all the presidents of the nation. In 1939, Charles Small Longacre wrote an article about a man whose view of freedom of conscience largely influenced the freedoms enjoyed in this nation. We believe Longacre’s words are worth reflecting on during this holiday.

Roger Williams was the apostle of religious liberty—of soul liberty in the New World. He had the high honor, in the providence of God, of being the first man to establish in practice the emancipation of the conscience of man from the fetter of politico-ecclesiastical rule. He became the harbinger of religious liberty in its true sense and reality, and pointed the true way for the greatest Republic of a free and democratic people. We Americans owe a debt of gratitude to Roger Williams—as preacher, prophet, and statesman—which we cannot pay in any better way than to defend and preserve the precious heritage of civil and religious liberty which he has bequeathed to posterity for the benefit of all mankind.

His ideal of the proper relationship of church and state and his political philosophy and principles of government perhaps cannot be summed up in a more concise form than in his own words:

“The civil sword may make a nation of hypocrites, and anti-Christians, but not one Christian.” “Forcing of conscience is a soul-rape.” “Persecution for conscience [hath been] the lancet that letteth [the] blood of kings and kingdoms.” “Man hath no power to make laws to bind conscience.” “The civil commonwealth and the spiritual commonwealth, the church, not inconsistent, though independent, the one on the other.” “The civil magistrate owes to false worshipers, (1) permission, (2) protection.”

If this fundamental principle of civil government had always been recognized and followed, there never would have been any religious persecution in this world.

No one was to suffer any civil disability by reason of his religious favor, provided he respected the equal rights of all others.

Roger Williams not only believed and taught this principle of government, but he practiced it. After having successfully operated this experiment in Rhode Island for twenty-seven years, he embodied, in 1663, in the memorial charter for the Commonwealth and English Colony of Rhode Island his fundamental tenet, as follows:

“No person within the said colony, at any time hereafter, shall be in any wise molested, punished, disquieted, or called in question, for any differences in opinion, in matter of religion, who do not actually disturb the civil peace of our said colony; but that all and every person and persons may, from time to time, and at all times hereafter, freely and fully have and enjoy his own and their own judgments and consciences, in matters of religious concernments, throughout the tract of land hereafter mentioned, they behaving themselves peaceably and quietly and not using this liberty to licentiousness and profaneness, nor to the civil injury or outward disturbance of others.”

In this charter are set forth the matchless provisions which were incorporated one hundred and twenty-six years later in the Federal Constitution of the United States of America, “Congress shall make no law respecting an establishment of religion, or prohibiting the free exercise thereof,” and similar provisions in the respective State constitutions.

Thus Roger Williams became the builder of the ideals of a new nation, which was destined to influence the ideals of many other nations. The equality of all men and of all religions before the law, without special privileges and preferences to any, was the cardinal principle in the government founded by Roger Williams. He not only legislated for his day, but, as he hoped, for “all times hereafter.” As long as men conducted themselves “peaceably” and “civilly,” they were not to be punished on account of their religious beliefs or practices. No one was to suffer any civil disability by reason of his religious favor, provided he respected the equal rights of all others.

Especially was Roger Williams opposed to any financial alliances between the church and the state such as compelled people to be taxed by the state for the aid and support of any sort of religion. He did not believe that any person elected to public office should ever take advantage of his public office through legislation or the administration of his civil duties, to promote the religious interests of religious organizations, nor should he ever attempt to settle religious controversies by law, or give preference by judicial decisions to religious opinions, creeds, usages, or customs. His attachment to the equality of all men before the law, placed a self-restraint upon the exercise of his own liberty concerning his own religious creed while exercising the functions of public office.

Roger Williams lived in advance of his age. The New World was not yet ready to adopt his liberal ideals. While he held strong religious convictions, he did not allow those convictions to develop in him the spirit of intolerance toward his opponents. The most difficult lesson which mankind must learn and keep constantly in mind, especially when one is entrusted with power and authority over others, is that religious truth, which we deem most precious and paramount, can never be advanced through coercion upon others. The purest faith can become corrupt by the employment of unholy and unsanctified means and measures to promote it. In fact, the adherents of the purest and most exalted faith are ever tempted to employ the instrument of misguided zeal in the hope of its advancement.

The great apostle of soul liberty was the instrument that gave inspiration and guidance to the shaping of the fundamental law of a nation which was destined to become the champion of the rights of all men.

Roger Williams lived in the days when bigotry and intolerance were making war against all who attempted to follow their own religious convictions independently of the established state religion. Whatever religion happened to be the state religion, whether Protestant or Catholic, the individual who had religious opinions of his own was not allowed to practice them. He was haunted and hunted night and day, and denied all semblance of liberty—both civil and religious. It cost something to be an independent and free Christian in those days of religious intolerance and persecution.

Roger Williams denied the right of the civil government to rule in all things, both temporal and spiritual. All governments in Europe were either totalitarian or authoritarian in form or in practice. No man could call his soul his own. He existed solely for the benefit of the state. All his activities in life were regulated, regimented, and restricted. Some of the governments in Europe today are reverting to the medieval type, and the results are conditions similar to those of medieval times. Whenever the consciences of men are controlled by the civil authorities, the destruction of liberty—both civil and religious—always follows. Wherever religious dogma is made subservient to the authority of the state, those who dissent from the state religion are regarded as enemies of both religion and the state.

Those who attempt by legislative authority and arbitrary power to dominate the consciences of all men in all things, both temporal and spiritual, do so under the mistaken conception that they are keeping the true religion from being perverted and corrupted; but as a matter of fact, these self-appointed protectors of religion become, through their ill-conceived and misguided zeal and devotion, the real perverters and corrupters of religion.

Roger Williams struggled manfully to put an end to religious intolerance and persecution. By advocating the principle of essential justice and the equality of all men before the law, irrespective of religious creed, nationality, or race, he struck a death blow to the totalitarian and authoritarian forms of government. His seed of truth and liberty and justice for all men alike, found deep root in American soil, and it was in America that he finally succeeded in establishing his ideal form of government—that after which the American Republic was modeled more than a century later. We must look to Roger Williams, more than to Jefferson or Madison, as the true builder of our American Bill of Rights, because all the provisions of civil and religious liberty as set forth in the matchless Constitution of the United States, were incorporated in principle in the charter of Rhode Island as conceived and framed by Roger Williams.

Both Jefferson and Madison had the writings of this first and greatest of all Americans who formed the ideals and principles of civil government in Rhode Island, and they gave vital breath to those immortal and immutable principles of human rights and liberties in the Declaration of Independence and in the Bill of Rights of the Federal Constitution of the American Republic. The great apostle of soul liberty was the instrument that gave inspiration and guidance to the shaping of the fundamental law of a nation which was destined to become the champion of the rights of all men. It is only as we continue to live in the spirit and devotion of these great ideals of human liberty, of the inalienable rights of all men, and maintain and preserve both our civil and our religious freedom, which has been bequeathed to us as a precious blood-bought heritage, that we can hope for protection, for peace, for prosperity, and for human happiness, and that we can be saved from the errors and delusions which have led astray the nations of the past. 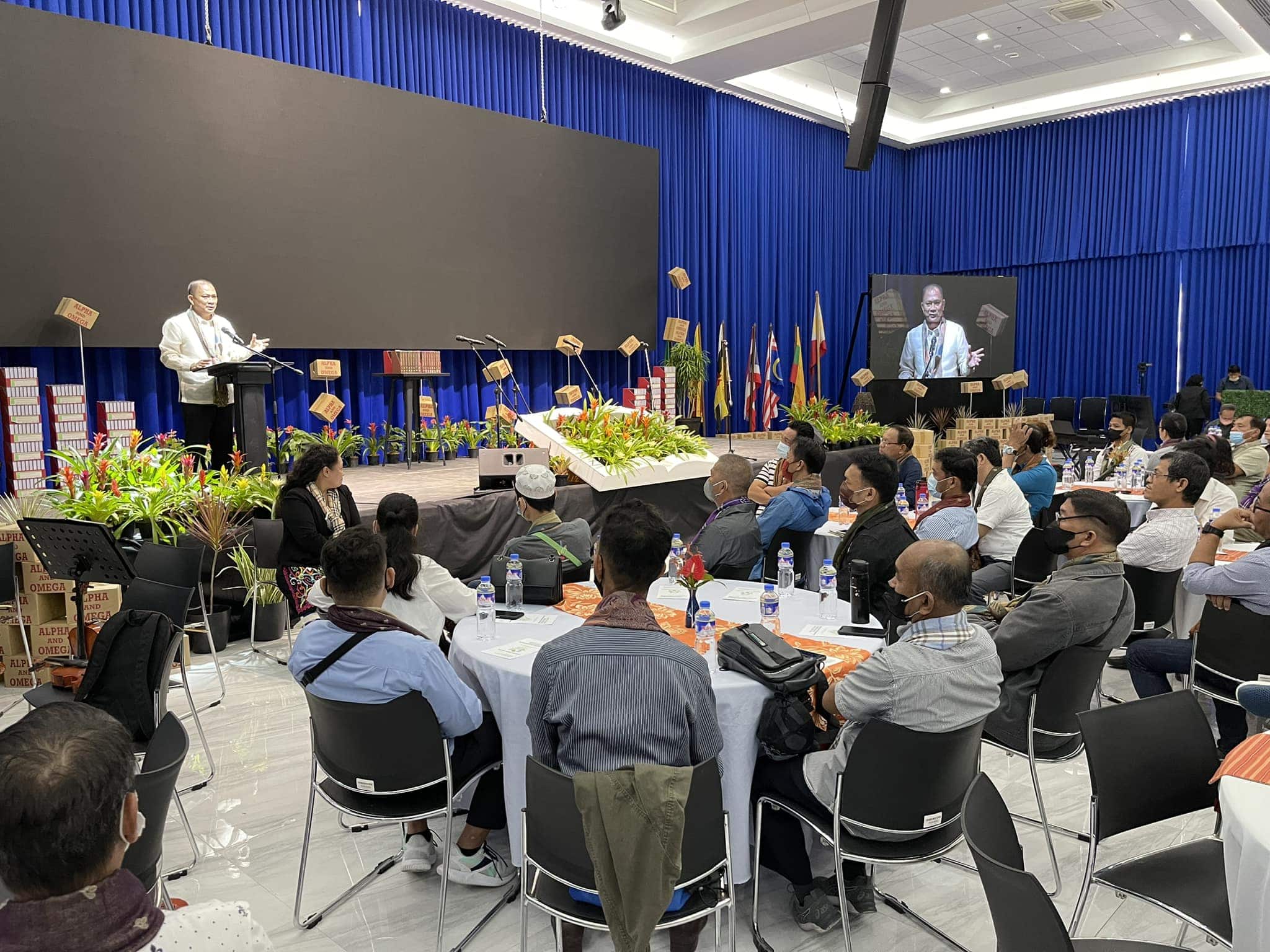