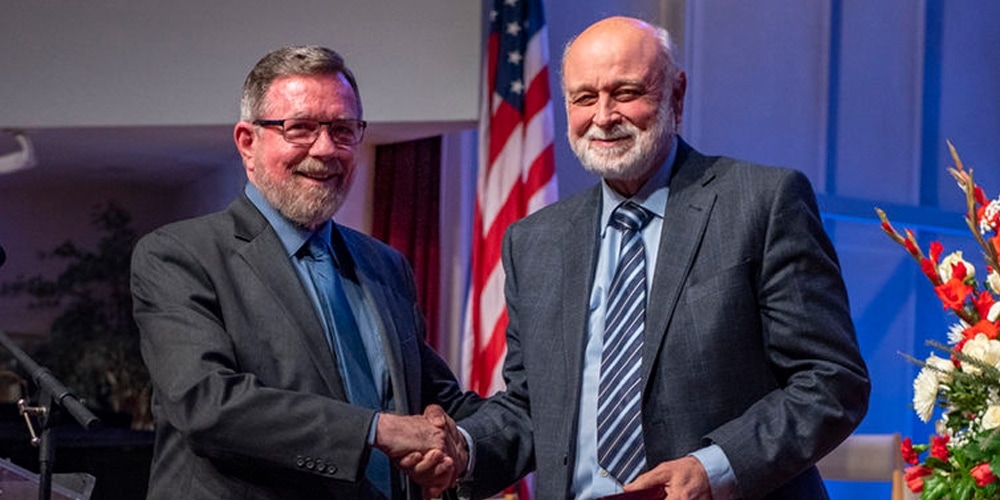 Richard H. Hart, president of Loma Linda University Health, was one of four people honored by the Charles E. Weniger Society on February 15, 2020, for their contributions to the Seventh-day Adventist Church.

The Weniger Award, named in honor of the late seminary dean and English professor Charles E. Weniger, has been presented to 182 prominent Adventists since the society was founded in 1974. This year’s awards were announced during the society’s annual meeting at the Loma Linda University Church in Loma Linda, California, United States.

The Weniger Society’s award focused on how Hart’s vision extends beyond the walls of Loma Linda to the local community and also to hospitals and medical clinics in villages and towns in the farthest reaches of the globe. Hart’s passion for service has inspired programs such as the Students for International Mission Service (SIMS), the Social Action Community Health System (SACHS), and the San Manuel Gateway College, part of Loma Linda's San Bernardino campus.

The society also noted that most of the mission hospitals in Africa and Asia would not exist without the management support of Adventist Health International, a consulting organization Hart founded that supports the establishment and operation of Adventist health missions worldwide.

“Richard Hart is a living example of the type of visionary service that led the pioneers to sacrifice to build this health center,” said Lawrence Geraty, Weniger Society board member and president emeritus of La Sierra University.

In his acceptance comments, Hart reflected on the complex, polarized society of today and how society calls out the absolute best in those who represent a belief system or institution.

“I wish instead that we could be measured by the standards of Micah 6:8 — justice, mercy, and humility,” Hart said. “I wish the church would be more concerned about those issues than a lot of the other issues that guide us today. Those are the values that Christ would call out in each of us; those are the principles that make us unique.”

The 2020 Weniger Award program also included presentations for Reinder Bruinsma, a long-time Adventist Church administrator who, in retirement, ministers to people who are struggling with doubt, who have left the Adventist Church, or are on the margins of church membership; Andrea Luxton, president of Andrews University; and Ganoune Diop, director of Public Affairs and Religious Liberty for the worldwide Seventh-day Adventist Church and former church liaison to the United Nations in New York.

“We are grateful for all the contributions our awardees have made to society and the Adventist Church, and it is our privilege to honor them with this well-deserved recognition,” said Bernard Taylor, the Weniger Society’s president.

The Charles E. Weniger Award for Excellence bears the name of a scholar and public speaker who taught at Pacific Union College, Angwin, California, then served as professor and dean of the Seventh-day Adventist Seminary in Washington, D.C. and later at the seminary on the campus of Andrews University. One of the most revered teachers in Adventism, Weniger has been memorialized by a committee composed of his former students, colleagues, and admirers of the excellence he embodied. They, in turn, bestow this award on those identified as having made significant contributions to their communities, the church, and the larger world. The award is presented, first, to a member of the Seventh-day Adventist Church that Weniger loved so much. Second, it is presented to an individual who has demonstrated these qualities of inspiration, motivation, servanthood, and excellence, as exemplified by Weniger.