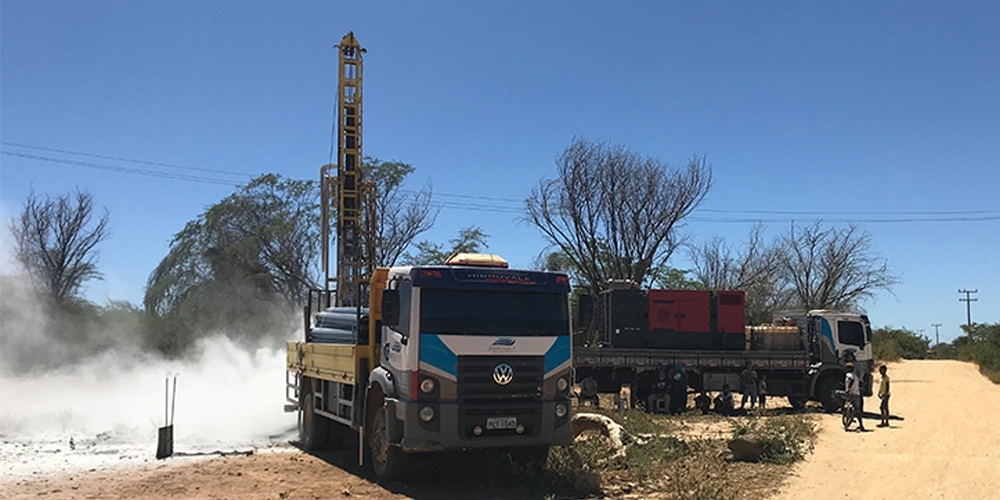 Maranatha Volunteers International’s recent effort to drill its first well in Brazil proved to be a lesson in faith and determination.

The attempt took place in the village of Campestre, in the northeastern state of Bahia. Rain is rare in that area, and the only way to get water is to have it delivered. Water delivery is too expensive for most people, so the idea that Maranatha could provide a well brought excitement and hope to local Adventist church members and the surrounding community.

“Not having water here is the difference between life and death for you, your livestock, and your crop,” said Maranatha’s Brazil project director Elmer Barbosa. “So each foot drilled is a constant hope for a miracle from God.”

The well drilling began, and the crew reached 260 feet (80 meters), where water was estimated to be, but none was found. Drilling continued to 330 feet (100 meters), the maximum depth they expected to find water, but there was nothing.

Church members began to get nervous. The crew continued drilling deeper, to no avail. At 400 feet (122 meters), with no water yet, the drilling company Maranatha had contracted with decided to donate 39 more feet (12 meters) of drilling — and still nothing.

A collective decision was made that drilling would stop at 440 feet (134 meters). The crew had gone well beyond where water should be, and there was nothing to show for it; to continue would be a failing cause. Church members were crying and pleaded with the crew to continue, saying, “Water might only be a meter away!”

“It was heartbreaking to see the members sad and crying, because you know that water could transform their life,” Barbosa said. “It could be a few meters down, but maybe there is no water there at all, so you have to make a decision.”

Then, the local church pastor made a donation to keep the drilling going. The church members also pooled their meager funds, and the president of the church conference in that region even helped with a donation. They soon had enough funds to drill 66 feet (20 meters). However, at 479 feet (146 meters), the machinery broke down.

The conference president went home and reached out to his network for more funds. Two days later, drilling resumed, and the crew finally hit water at 545 feet (166 meters). Campestre Seventh-day Adventist Church members are very thankful to have water.

Maranatha’s drilling program began in 2008 as a complement to construction efforts in Mozambique. Since then, Maranatha has provided water for more than 1,000 communities in Angola, Bangladesh, Cuba, the Dominican Republic, India, Kenya, Zambia, Zimbabwe, and now Brazil. Soon, Maranatha will begin well drilling in the African country of Côte d’Ivoire. 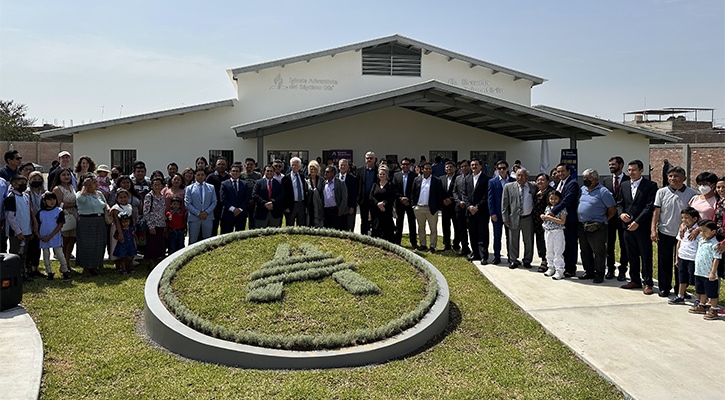