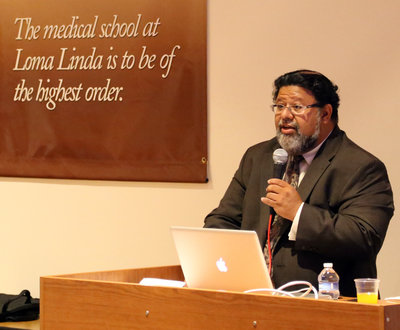 Worried about the lack of ethnic diversity in the U.S.
biomedical workforce?

Students who attend so-called pipeline programs,
such as summer research internships, gain confidence in their ability to
conduct research in these fields and are more inclined to pursue scientific
careers, according to a new study by Loma Linda University Health, or LLUH.

“We’re very excited about the findings of the study
because it shows that there are concrete steps we can take to support the
aspirations of minority students to succeed in these fields where they are not
well represented,” said Marino De Leon, senior author of the study.

Minorities are highly underrepresented in these
fields. According to the study, African-Americans, Hispanics, Native Americans,
and Native Hawaiian and Pacific Islanders together comprised 31.1 percent of
the U.S. population but earned only 13.1 percent of all research doctorates in these fields
in 2010, the latest year for which data is available.

The study reviewed LLUH’s own pipeline program,
which encourages promising students at high schools in southern California as
well as college students from around the country to consider careers in science.

Students who took part in the program express an
increased willingness to incorporate research into their future careers and
report more confidence in their research skills and in their ability to do
science, said the study, which was published in the September issue of the
scientific journal PLOS One.

“The study highlights that exposing students to well
structured summer research experiences as early as in high school can be highly
effective to increase their research self-efficacy which strengthened their
intent to pursue a career in science,” said De Leon, director of the Center for
Health Disparities and Molecular Medicine at the LLUH School of Medicine.

The LLUH program pairs students with scientists to
participate in a hands-on research project and daily career development
activities, said Carlos A. Casiano, a co-author of the study and an LLUH
professor.

“This part of the program clearly has an important
effect on the students,” he said.

LLUH statement on the study

LLUH study in the journal PLOS One