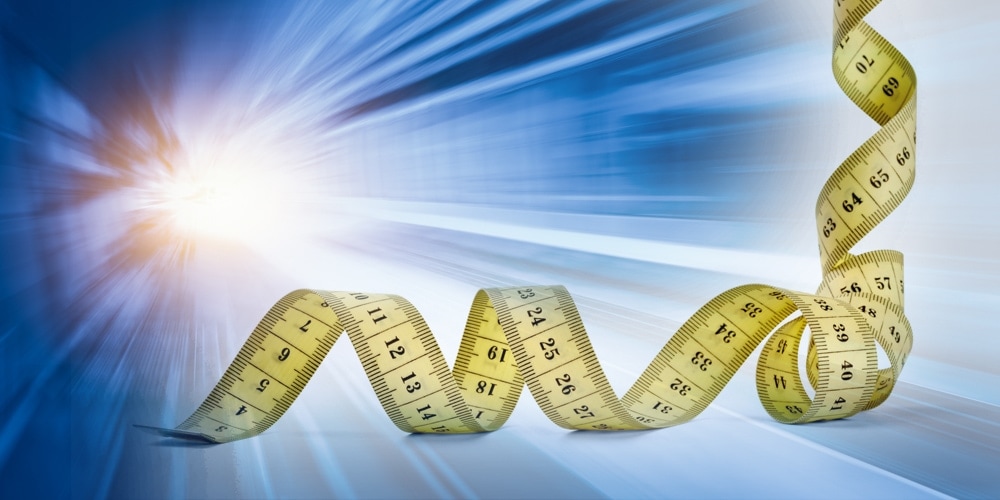 Abstract expressionist Willem de Kooning, who lived in New York City, spent time in rural North Carolina. One evening he and his wife exited a party and walked outside. The sky was cloudless, the stars sizzled.

“It was a sight never seen in the city, where the reflected glare blanked out the stars and only a slice of the sky was visible from a loft window. ‘Let’s go back to the party,’ de Kooning said suddenly. ‘The universe gives me the creeps.’”

Understandable. A place measured in light-years by entities like ourselves, measured in feet and inches, could seem creepy. And then, squatting for millennia at the center of the universe (or so we thought), only to be evicted, deported, exiled—our egos have taken a hit.

“The life of a man,” lamented David Hume, “is of no greater importance to the universe than that of an oyster.”

That depends upon the universe, actually. In a meaningless and purposeless and godless one, perhaps you could make that argument (though even then: A human life no different than an oyster?). But not in the universe depicted in Scripture: “When Joseph woke up, he did what the angel of the Lord had commanded him and took Mary home as his wife. But he did not consummate their marriage until she gave birth to a son. And he gave him the name Jesus” (Matt. 1:24, 25), “God with us” (verse 23).

In other words, humanity is so important that the God who created the universe became part of it (John 1:1-3). The One whose creation is measured in light-years shrank into someone measured in feet and inches. Maybe Willem de Kooning, limited by the laws of nature, couldn’t transform himself into one of his creations, but God, not limited by those laws, could—and did, and that’s who Jesus of Nazareth was. The Creator not just among people but as a single person, a human being and, as one of us, He has linked Himself to us with ties that will never be broken.

Sometimes some things for no reason (it seems), a curtain floating on a warm breeze, the whiff of freshly-washed hair, an act of unselfish kindness, sometimes these things flood us with a momentary sense of happiness, of hopefulness—a flush of goodness so big and near that our skin laughs (that’s what tingles are, our skin laughing), and we know all is going to be good.

Even amid great suffering (Soviet Communism) Anna Akhmatova could write: “By day, from the surrounding woods,/cherries blow summer into town;/ at night the deep transparent skies/ glitter with new galaxies/And the miraculous comes so close. . ./something not known to anyone at all/ but wild in our breasts for centuries.”

And what the incarnation of Jesus shows us that these moments of hope, when “the miraculous comes so close” and transcends the harsh and pricking facts in our faces now—these are not mere spasms of sentimental chemicals that come and go like sneezes. Rather they are emotional snapshots from the greater reality beyond the narrow and temporary one that we’re filmed in now.

Sure, a cosmos measured in light years can overwhelm creatures measured in feet and inches. However, this contrast reveals the extent of the Creator’s love. God reached across the forbidding vastness of space, past galaxies and superclusters of galaxies, and—instead of continuing on past us and past the galaxies and superclusters of galaxies on the other side of us—He stopped on this small planet and here assumed the same biology and chemistry of us. According to the laws of physics, thought itself (thought!) would take billions of years to cross the known cosmos (try wrapping your mind around that idea), yet this same distance wasn’t too vast for God’s love to traverse, and, in so doing, embrace humanity.

Next time you grasp a sky full of stars, as did de Kooning, think of the incarnation of Jesus, and try to imagine a love so large that it envelopes all those stars, and each of us, in our mere feet and inches, as well.

Clifford Goldstein is editor of the Adult Sabbath School Bible Study Guide. His latest book, available from Pacific Press, is Baptizing the Devil: Evolution and the Seduction of Christianity.