Legislation in Australia ‘a Threat to Religious Liberty’ 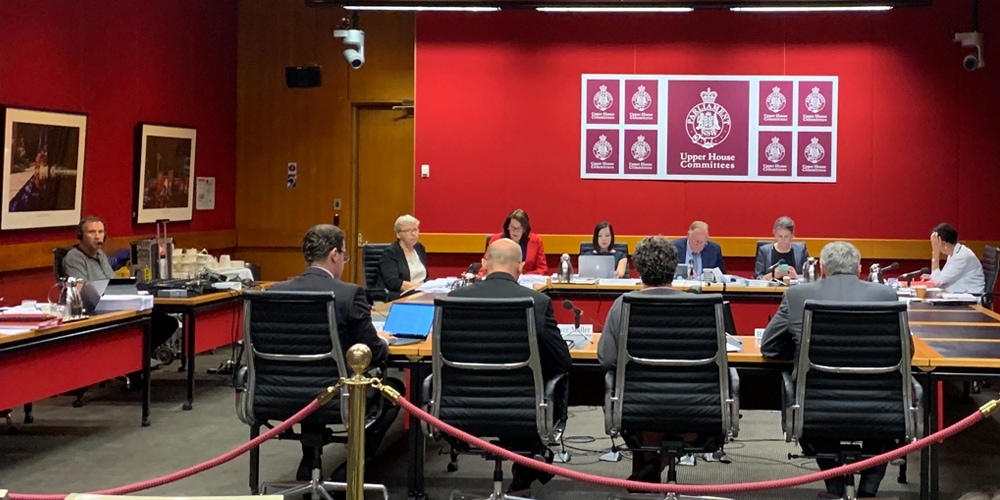 Religious freedom is under threat from proposed amendments to a bill being considered by a Senate committee of Australia’s federal parliament, Michael Worker told a committee hearing in Sydney, Australia, on February 7, 2019.

Worker, the general secretary of the Seventh-day Adventist Church in Australia, was among a number of church, community, school, human rights, and LGBTIQ+ representatives who were invited to speak at the public hearing in New South Wales Parliament House. A representative of Christian Schools Australia (CSA) presented on behalf of CSA and Adventist Schools Australia.

As one of two hearings held around Australia last week, it was part of an inquiry by the Senate Legal and Constitutional Affairs Committee to examine the Sex Discrimination Amendment (Removing Discrimination Against Students) Bill 2018. The bill proposes to “remove the capacity of bodies established for religious purposes that provide education to directly discriminate against students on the basis of their sexual orientation, gender identity, or intersex status.”

On the face of it, Adventist Church leaders in Australia have no argument with the proposal, Worker said. They are concerned, however, with the breadth of the bill and the far-reaching consequences if it is passed in its current form.

In his opening statement, Worker told the hearing that “we would contend that the bill, together with its amendments, is too rushed and it has ramifications that could well extend far beyond our schools.

“We believe that the bill, as it stands, has the potential to threaten religious freedom in this country due to these far-reaching implications and therefore should not proceed.”

As reported in Adventist Record and Adventist Review recently, Adventist Church leaders are concerned that the bill could have consequences outside the classroom. For example, it could affect the teaching of Adventist beliefs and principles in Sabbath School classes and at Pathfinder meetings.

“Certainly the consensus from the Christian churches and Christian advocacy groups was to recommend that the bill not be rushed into law,” Worker said after the hearing.

“Rather, we would call for a more considered and balanced approach, giving equal attention to the removal of unfair discrimination with the need to provide adequate positive protections for freedom of religion and belief.

“As a church,” he added, “we made the considered decision to approach the issue from a pastoral and biblical perspective and left it to the various constitutional and human rights Christian lawyers to articulate the technical arguments. This positioned us well and enabled us to demonstrate our desire to balance love, acceptance, and tolerance while making a clear stand for biblical teachings.”

Worker, who is also the director for Public Affairs and Religious Liberty for the Adventist Church in Australia, said it is important for the Adventist Church to be represented in such public discourse. “We have a long history of advocacy in religious liberty matters, extending back to the 1850s,” he said. “Due to our history, we have much to add to the shaping of public policy in this area.”

He thanked those who had prayed for him and offered support in the lead-up to his presentation. “I certainly sensed God’s presence and leading and that He gave me clarity of thought and words,” he said.

“Let us continue to pray for all sides of politics. Ultimately this is a spiritual battle, and only the Holy Spirit can move the hearts and minds of our political leaders.”