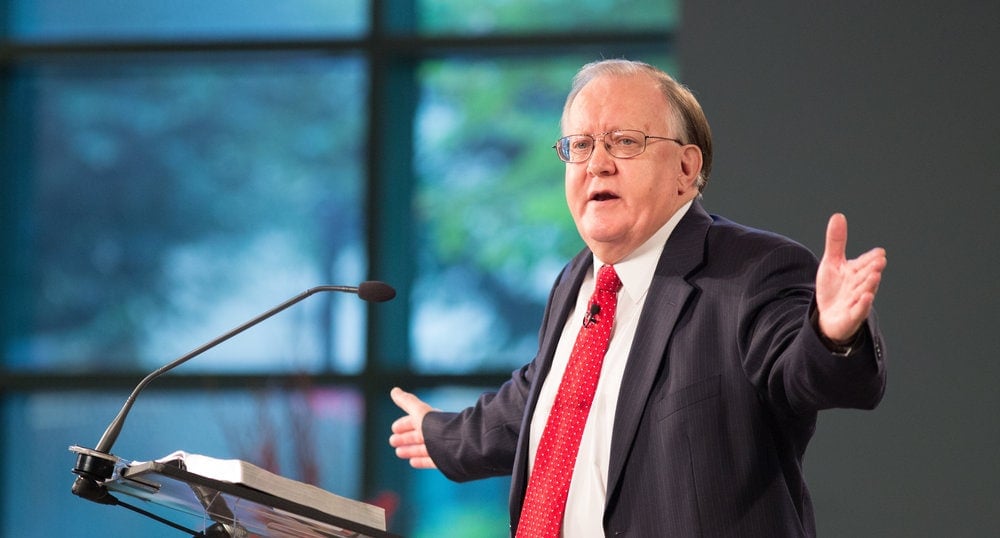 Daniel R. Jackson, president of the North American Division, or NAD, told Adventist leaders from across the U.S., Canada, Bermuda, and Micronesia that they served a sovereign God who created the universe, and reigns supreme.

God is a god of forethought, designs, and plans, Jackson said, who will see the church through any issues humans have generated.

Jackson, preaching a sermon titled “Frowning Providence, Reverence & Faith,” challenged delegates and guests at the 2014 North American Division Year-End Meeting Sabbath program to look at the character of God and see how He uses providence to bring about His plan for His people.

Saying that some voices wanted to convince members that the church was about to be destroyed by apostasy, Jackson stressed that it is imperative to remember that God is in control. That is significant to the Seventh-day Adventist Church as it prepares for the 2015 General Conference session.

“I have come to believe that, in light of all we face, we will either have to trust in the intervening hand of God or ultimately deny our faith,” Jackson said to the more than 500 church leaders and guests in attendance and those watching live on the Hope Channel. “Either God is at work in the church—sometimes moving openly, sometimes moving almost imperceptibly—or the church is just an organization of human invention controlled by politicians and political hacks.”

Jackson went on to say that the church has come to give “too much credence to human power, ingenuity, and stealth.” And that many have come to believe that issues that humans “have generated can actually break apart the church, as though somehow God is inept—or God is unable. No human has the right or authority to put God into a box!”

Jackson illustrated his theme with the story of Pharaoh, the ancient Egyptian leader who held the Israelites in bondage and refused to release them. By defying God's command relayed through Moses, the ruler was trying to “thwart God’s plan for His movement on earth.”

Jackson said that while God’s character can be difficult for us to comprehend, there should be no doubt that He is a God of forethought—a God of designs and plans. He is not sitting by, wringing His hands as He divines a solution to problems on earth. The life of Jesus is an example of God’s plan for the salvation of His children.

“God’s love compelled Him to give His only begotten Son for the eternal well-being of mankind,” Jackson said. “All men are a part of God’s plan to redeem whatever failure we make in our lives!”

Jackson said Adventists must remain obedient to God’s heavenly vision. God will not stand by idly and watch mankind destroy His plans for the world and for the church so long as we keep our eyes on what matters above all—Jesus, Jackson said.

“There is only one true north for the church and His name is Jesus!” Jackson said to strong “amens” from the audience. “How blind we become when we reject following the light given to us!”

Jackson concluded by emphatically stating: “I love the Seventh-day Adventist movement. It. Will. Not. Fail.”

The sermon also included two important themes for Jackson and the delegates of the NAD Year-End Meetings—young people and transformation evangelism.

On young people, he said, “The future of God’s work is dependent on our children. They are so precious.” On transformation evangelism, he let people know that evangelism was alive and well, but perhaps the way in which it was carried out was not too effective.

“You can’t go into a field with a harvester if you haven’t planted any seed,” Jackson said.