Inter-American Pastoral Families Encouraged to Press On Amid Challenges 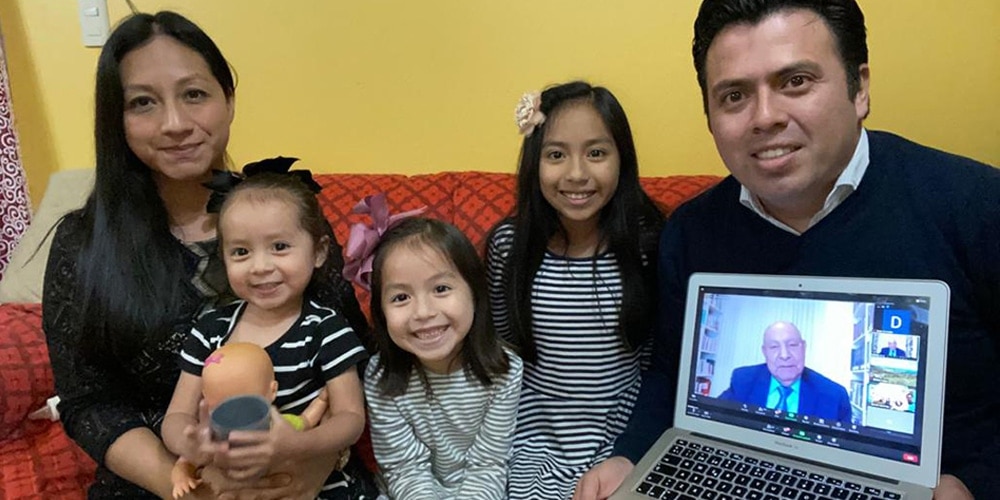 After a year that was stressful, sometimes tragic, and anything but normal, thousands of ministers and their families set apart time February 1-5, 2021, to pray, have fellowship, and be encouraged during a week of spiritual emphasis.

Coined as Inter-America’s Pastoral Family Week of Prayer, the annual event occurs at the beginning of each year to provide spiritual strength to the 4,028 local church pastors and those in administrative and departmental leadership positions who oversee the more than 23,000 congregations and institutions across the Inter-American Division (IAD).

This year’s speaker was Seventh-day Adventist evangelist Alejandro Bullón, whose theme was “God Our Strength.” He based his messages on Psalm 46.

“As leaders, you must keep a connection with heaven to be victorious in the task,” Bullón said. He encouraged ministers to be connected with Christ, the only one who can fill the life of pastors and their families with security and salvation. Bullón also encouraged families to love their pastoral ministry regardless of the difficulties they face every day. In addition, he spoke to pastors’ children and encouraged them to live a life dedicated to God.

This year saw the most connections among pastors and their families as the pandemic lockdown continues across the IAD territory, according to Pedro Iglesias, IAD family ministries director and one of the main organizers of the event. “We had more than 3,000 connections through several rooms set up in the Zoom platform every night,” Iglesias said. Many had 15 leaders or more watching from one connection.

Some online programs had been held during the pastoral week of prayer in previous years, but many more were connected this year, Iglesias said. “So many pastors, spouses, and family members have passed away during the pandemic,” he said. “This year, more than ever, we prayed together and asked for greater faith to rely on God, who is our shelter and our strength.”

Despite church buildings being closed, pastors have continued to not only shepherd their members but also continued the work of reaching out to seek new believers, Iglesias added. More than 94,000 new members joined the church in 2020, and leaders believe that number will surpass 100,000 as reports continue to come in.

“It was important for those on the front lines to receive a special message this week,” Josney Rodríguez, IAD ministerial association secretary, said. “The week was all about stretching the family bonds among the pastoral families throughout Inter-America, praying together, working together, crying together, and moving together toward the second coming of our Lord Jesus Christ,” Rodríguez said.

IAD president Elie Henry prayed for the pastoral families and thanked them for their dedicated service. “God is with us not only through the tribulations, but He is always with us,” he said. “I hope we continue this year to go where God calls us to go, do as He calls us to do, so that there can be many more victories in the name of the Lord.”