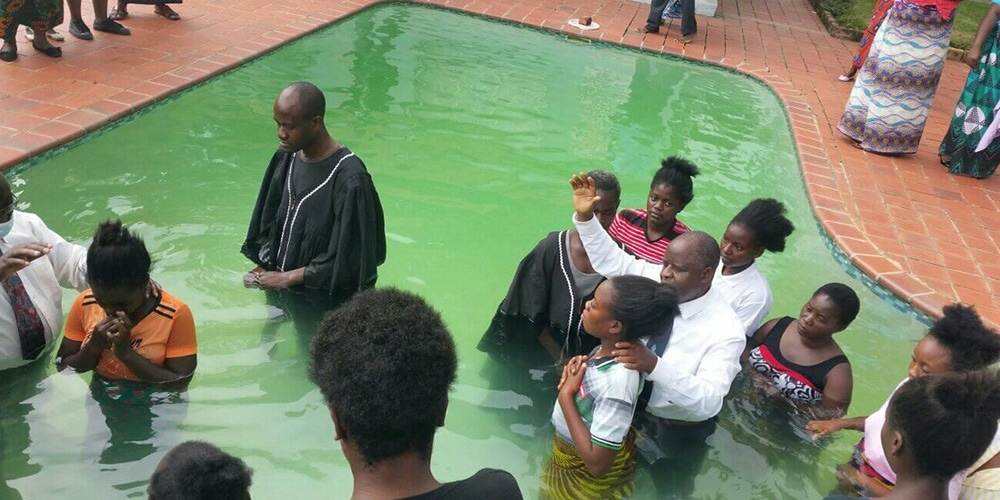 Global Youth Day (GYD), a special Seventh-day Adventist annual day dedicated to outreach and service included record-breaking baptisms in Zambia. GYD, celebrated in March every year, drives hundreds of thousands of Adventist young people around the world to show Christ’s love in their communities. The events of the special day in Zambia moved thousands to give their hearts to Jesus, a regional church leader reported.

The theme for GYD in 2021 was “Reaching Out to Colors, Cultures, and Communities.” According to Khumalo, in Zambia and other countries across the region, young people intentionally reached out to all communities, especially those marginalized. The most impressive result of the youth participation, however, was that many young people dedicated their lives to Jesus, he said.

“Zambia [Adventists] went beyond the obvious and expected because we saw staggering figures of youth baptisms after the Youth Week of Prayer,” Khumalo reported. “Homecoming Sabbath was also a hive of activity in Zambia as thousands were baptized.”

Khumalo said he celebrated the fact that the current COVID-19 pandemic did not deter Adventist Church leaders and young people. “[Leaders] said they attribute this ‘baptism explosion’ to several factors, including dedicated young people, committed leaders, and God’s intervention,” he said. “Every region is doing its best to prioritize youth participation in the mission of the church.”