In the Streets, Floodwaters, Homes, Schools, and Villages 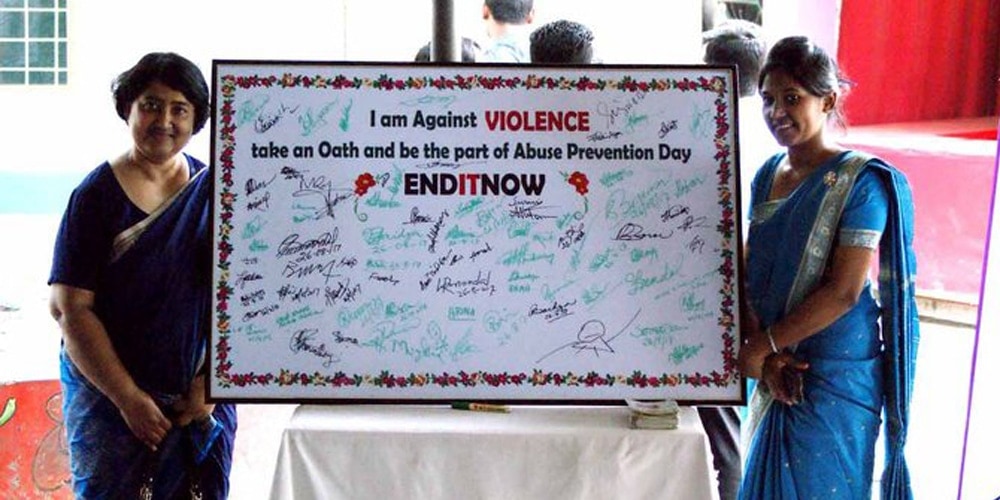 Adventist leaders in the predominantly Muslim country of Bangladesh are looking back on 2017 with gratitude to God for His leading in their community work.

The Adventist Development and Relief Agency (ADRA) and other non-profit groups have diligently responded to the plight of the more than 600,000 Royhinga refugees who have entered the country since August 2017. Adventists have also continued to assist to those affected by the devastating flooding experienced in the country this year.

Notably this past year, Adventist leaders at the Bangladesh Adventist Union Mission (BAUM), in the capital city of Dhaka, have intentionally focused on departmental-wide, as well as individual, community involvement. It means reaching people wherever they may be – in the streets, floodwaters, homes, schools, and villages, and even in transit.

BAUM leaders and employees joined with local church members to celebrate World No Smoking Day. They raised awareness of damaging health effects caused by tobacco use by conducting a health rally with a parade in the streets of Dhaka to reach the many rickshaw operators there.

Earlier this year, a team of five BAUM Treasury employees and nine Adventist Dental Clinic employees from Dhaka joined North Bangladesh Mission’s local members, teachers and a district pastor, for community work in Mymensing, approximately 108 miles (175 kilometers) from Dhaka. The group braved heavy rains that preceded some of the most severe floodings Bangladesh has seen in 40 years.

“By Sabbath morning the water was already flowing above the road level. It was even more humbling to learn that even in that situation, two faithful church members, who are each more than 80 years old, braved water up to almost hip level at times as one of them walked more than one hour to get there,” said Sweetie Ritchil, BAUM treasurer. “Their example made us want to do all we could do while we were there.”

The group treated almost 450 people during a two-day health expo and, with local church members and a district pastor, conducted programs for children and adults which resulted in 19 baptisms.

BAUM Women’s Ministries director Mahuya Roy and her staff continue to provide opportunities for women to discuss abuse and its reality in Bangladesh homes. In honor of Abuse Prevention Day, they organized an End It Now event for the Dhaka Seventh-day Adventist Church. As more church members develop abuse prevention awareness, the more they can help abused women in the surrounding communities.

In School and Villages

The Child Rights & Protection (CRP) unit and the Bangladesh Christian Child Services (BCCS) are Adventist organizations based in BAUM that often partner together to better connect with communities on child welfare issues. CRP’s approach involves awareness training and education about the prevention of child abuse and child marriage for students, school staff and community members. BCCS focuses on Adventist-run boarding schools in rural areas where child abuse and early marriage are sometimes more prevalent.

In 2017, the two organizations partnered even more intently to reach their communities. As a result of the training and encouragement they offered, more than 2,000 students in Adventist-run boarding schools in Bangladesh shared what they had learned. Themed Give Us Books, Not Husbands, students in all BAUM boarding schools conducted parades and rallies, provided community awareness programs and hosted community-school discussions.

Coordinators for the groups said that as a result of the training, the students and staff were able to share what they’ve learned with their communities. “Since Bangladesh is a predominantly Muslim country, the majority of students in these Adventist boarding schools are of that faith and keen to share with their friends and neighbors,” said Ofelia Raksham, CRP coordinator. “As a whole, our boarding schools have made such a visible image in the community with the important message of preventing child abuse and child marriage. They have established a positive connection with the community and government leaders which the community appreciates, as judged by leader comments and community feedback.”

Ritchil travels often as a BAUM administrator. She is used to finding ways to fill the time between flights and often that means meeting other travelers. Before her return flight home to Dhaka from the November division year-end meetings in the Philippines, she prayed she could help someone during her eight-hour layover in Thailand. When she reached her departure gate in Thailand, she sat near a young Indian woman. Ritchil noticed the young woman was alone. Ritchil decided to keep her company, especially after a group of young men kept trying to get the young woman’s attention. They began talking about family. Her mother is Hindu, and her father is Christian, so the girl had many questions about the Bible.

Ritchil then spent her layover time with this sincerely-seeking young woman. Together they covered more than 60 verses about Christian life and a relationship with God. Afterward, they prayed together. “Her final words [before boarding the flight] to me was, ‘God answers my long days of prayer miraculously in the midst of the airport. It is not a coincidence but God’s plan,’” shares Ritchil. “[She went on to say,] ‘I fully believe today that He is a loving & caring God. Otherwise, I would not have met you here at the airport.’”

With such inspiring group and individual experiences from 2017, BAUM leaders and employees will continue their community focus in 2018 and strive to expand their areas of service and number of people served.