In the Philippines, Adventist Church Recognizes, Reenlists Retirees for Mission 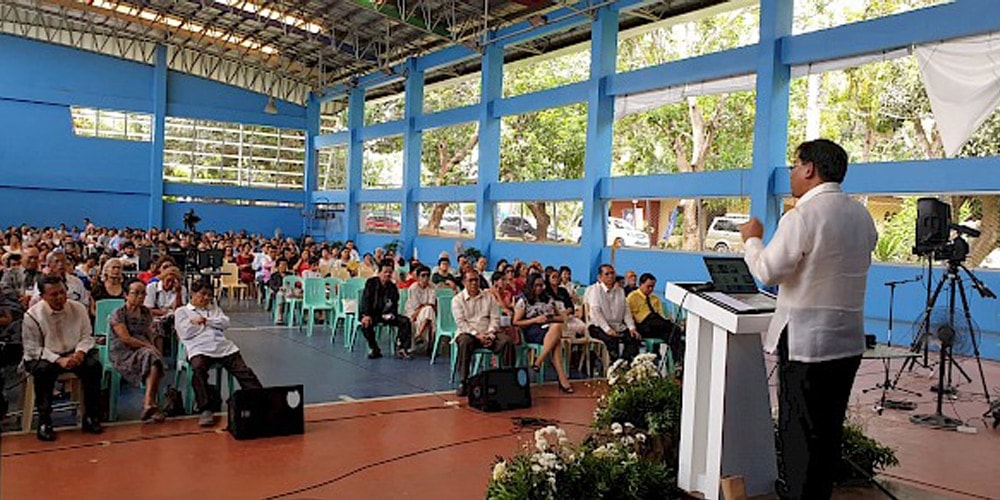 About one in every forty people is a Seventh-day Adventist in Southern Philippines. To celebrate this milestone, South Philippine Union Conference (SPUC) leaders decided to remember the men and women who paved the way to what SPUC is today, by setting aside the last weekend of June to honor all its retired workers. The SPUC Fitness Center became the venue where retirees were transported back in time as they reminisced about their glory days of active duty.

The first-ever Mindanao-wide Retirees Convention on June 28 and 29, 2019, brought together close to five hundred retirees who came from the seven missions and conferences within SPUC territory.

Among the church retirees, Esther Camacho was given recognition as the oldest in attendance. At 90, she vividly remembers the days when she was still on active missionary duty. Camacho said she is thankful to God that in 35 years of serving the church, she had not had any sickness that she could remember.

“I have not had a fever, headache, or any sickness. And I’m just thankful to God for the good health and strength that He sustained me through all those years,” said Camacho, who served the church as a teacher with a monthly salary of 90 pesos, or less than US$2, in the early years of her teaching ministry.

Also recognized was Samuel Arrogante, the second oldest retiree in attendance. He served the church for 33 years. Currently, Arrogante is the head elder of Mount Olive church in Bayugan, Agusan del Sur.

Speaking before the congregation during the worship service, Southern Asia-Pacific Division (SSD) president Samuel Saw expressed his profound gratitude to the SPUC retirees for their contribution to the church and sounded a note of warning.

“Church leadership should have a deep sense of accountability considering that what the church is doing today will impact the future of the church,” Saw said. At the same time, he challenged retirees to use their experience to contribute to the Total Member Involvement (TMI) strategy of the church. TMI is a world church initiative that seeks to get every church member involved in sharing Jesus.

SPUC president Roger Caderma highlighted how important is the contribution of church retirees.

“The church owes a lot to these retirees. They worked so hard with only a small salary, and many of them, especially the teachers, have not been paid in full from where they were assigned before, yet they faithfully performed their duties,” he said.

It is one of the reasons, Caderma explained, that prompted the regional church administration to honor this group of faithful church members.

“We thought of organizing this event to recognize [the retirees’] contributions and to continue to partner with them in the soul-winning program of the church,” he said.