In Southern Asia-Pacific Region, More than 1,000 Master Guides Say ‘I Will Go’ 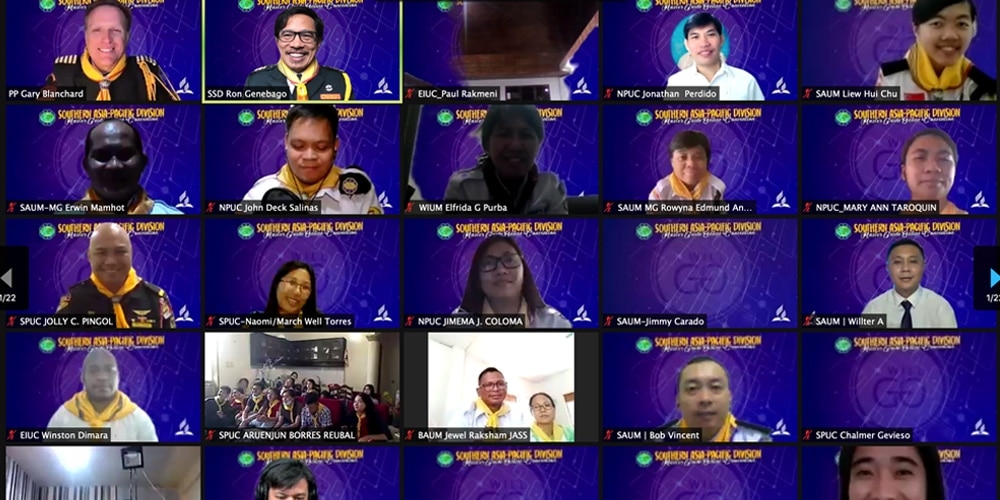 More than a thousand Master Guides and Master Guide trainees in the Southern Asia-Pacific Division (SSD) of the Seventh-day Adventist Church committed themselves to support the church’s I Will Go initiative on April 23 and 24, 2021. Youth leaders gathered virtually via Zoom and Facebook in a division-wide online leadership and discipleship training.

The convention had 2,167 registered participants who quickly filled the 1,000-person attendance limit on Zoom during the opening night. It had a sustained attendance of more than 900 throughout the next day. During the Saturday (Sabbath) sessions, Facebook Live registered more than a thousand views.

Adventist Church youth director Gary Blanchard and associate directors Pako Mokgwane and Andrés Peralta attended the virtual event and challenged the youth leaders to support the I Will Go initiative. They also briefed the trainees on the updated Adventurer curriculum and the plans of the Master Guide worldwide program.

Mokgwane noted the unprecedented number of attendees during the convention. “I have never attended a live meeting with more than 200 people,” he said. In his message, he encouraged all Master Guides to pray fervently, fast, and focus on their relationship with God as Jesus did. He also invited them to study, memorize, and meditate on the Word of God diligently.

Blanchard warned participants about what he called “the Hezekitis disease.” Quoting Isaiah 39:8 (NKJV) — “ ‘At least there will be peace and truth in my days,’ ” Blanchard defined Hezekitis as “when the older generation only thinks of itself and not of the next generation that is coming behind.” He challenged Master Guides to think of the next generation by training and mentoring its members, including Pathfinders, Adventurers, and other young people.

Several Master Guides who are experts in their field served as workshop resource speakers. They shared tips on remaining relevant and discussed topics such as “Master Guide Leadership Empowerment During the Pandemic,” “Leading Volunteer Staff,” and “Technology and Communication in Teaching Adventurer and Pathfinder Curriculum.”

In his commitment message before closing the convention, SSD president Saw Samuel reminded Master Guides of a statement by Oswald Chambers that “the greatest competitor of true devotion to Jesus is the service we do for Him.” Samuel continued, “more time is usually spent in committee meetings, replying to emails, and other matters than in reading the Word of God, praying, and listening to Him.”

Samuel pointed them to look at Jesus, who never failed to spend time with His Father, despite His active ministry. He emphasized, “Loving God is more important than serving God.”

Feedback was overwhelmingly positive. “Thank you so much! I have learned a lot, and I am challenged to do my part as one of the Master Guides of God,” Master Guide Vanessa Fredeluces, said. Osvald Taroreh, from Indonesia, shared, “What I liked most from the convention is [hearing] that in every country, Master Guides and Pathfinders keep doing mission despite the pandemic.”

Francis Amer, Southeast Asia Union Mission youth director and host of the convention, shared that the event was eye-opening for him. “I saw that in the SSD, Master Guides are committed and dedicated to serve even during this challenging time,” he said. “[They have] stepped higher into the new normal of doing the work for our youth.” 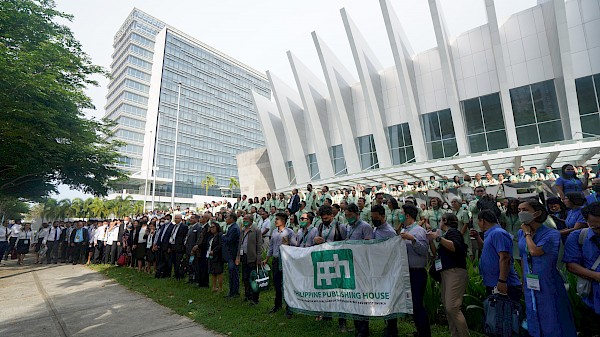