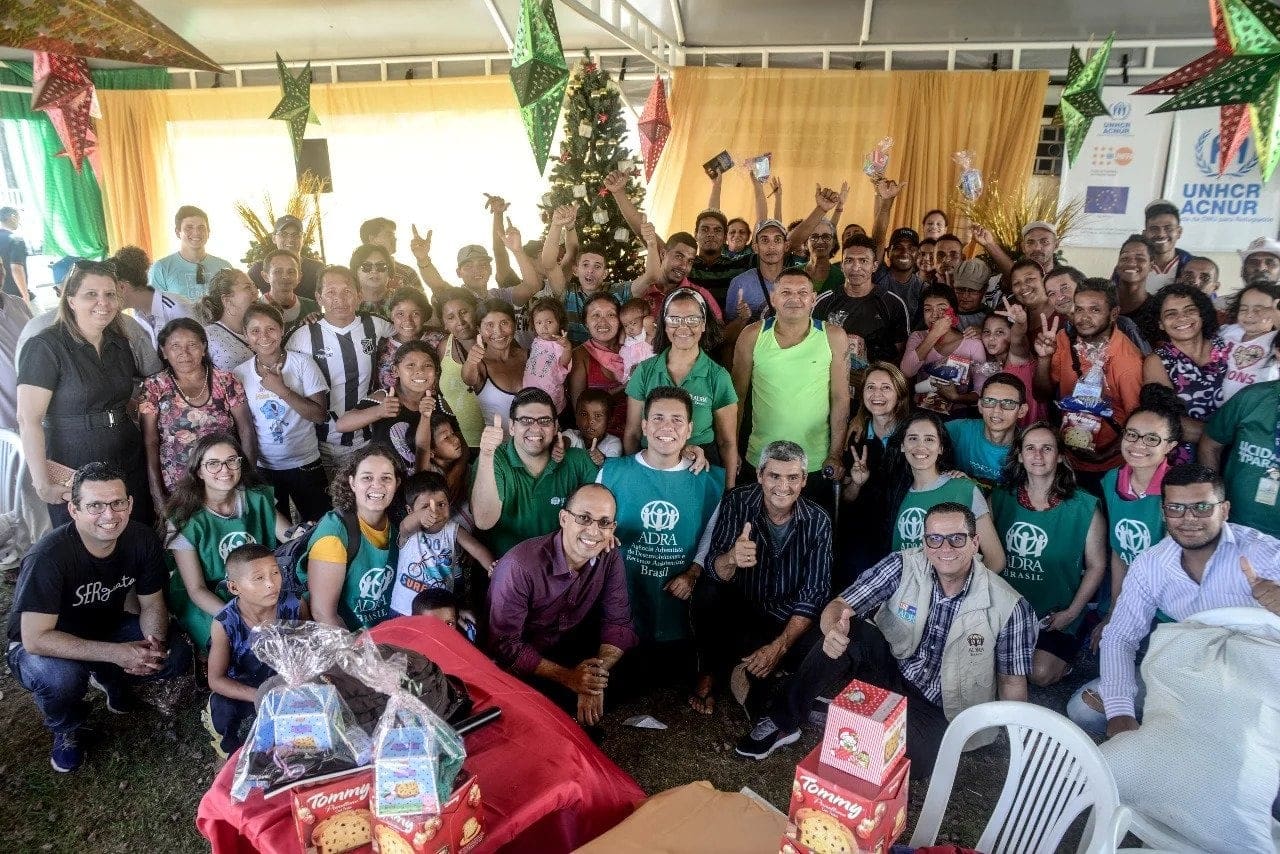 ADRA Brazil representatives reported broad smiles, puzzled looks, and expectancy among the reactions seen in a group of Venezuelan refugee children and their parents, who enjoyed a Christmas dinner provided for them on December 23, 2018. Many of those families have been living on the streets around the bus station in Manaus, Amazon State, Brazil.

The Seventh-day Adventist Church sponsored the initiative through Adventist Development and Relief Agency (ADRA) Brazil, Amazon region, and Adventist Solidarity Action (ASA). Refugees were invited to attend the special event at the Adventist-run Center for Support and Reference to Refugees and Migrants (Care).

Oblivious and carefree, the younger children who got on buses taking them to the event did not even look where they were going, ADRA leaders said. Parents of those children, however, said they saw expectancy in their eyes. At the same time, the sad look of many of them gave away what seem to be lingering signs of the hard life they left behind in their home country.

Everything seemed to change, however, as soon as families got to the Care venue. For a few hours, they looked a different people, organizers said. “They smiled, they talked cheerfully, seemingly oblivious to their plight,” one leader said. “They were able to celebrate Christmas with family members who also managed to cross the border into Brazil. And as they enjoyed the meal, they sang and told stories.”

Organizers said everyone received gifts and clothes as they watched their children play and have a good time.

Rafael Riveiro used to sell handicrafts in Venezuela. He crossed the border into Roraima State in the north of Brazil and had been in Manaus for a few weeks. Riveiro came with his wife, two daughters, and his granddaughter. "Our Brazilian brothers have provided us with food, but we don't have a house yet," he said. "We are at the mercy of the weather." Tearing up, he added, "It is terrific, though, to enjoy a Christmas dinner."

Leaders of ADRA Brazil, Amazon region, saw the urgent need to open a facility to help assist refugees who arrive in Manaus. It was the beginning of the Care Project, they said.

“People arriving with no papers or any contact person receive free legal advice, psychological assistance, help to work on their résumés, and free calls and internet,” leaders said.

Care has also established partnerships with government agencies such as the local Department of Social Assistance, the Public Defender of the Union office, and the federal police. “In this way, refugees will receive not only guidance but also a referral to the services of City Hall or the state,” leaders said.