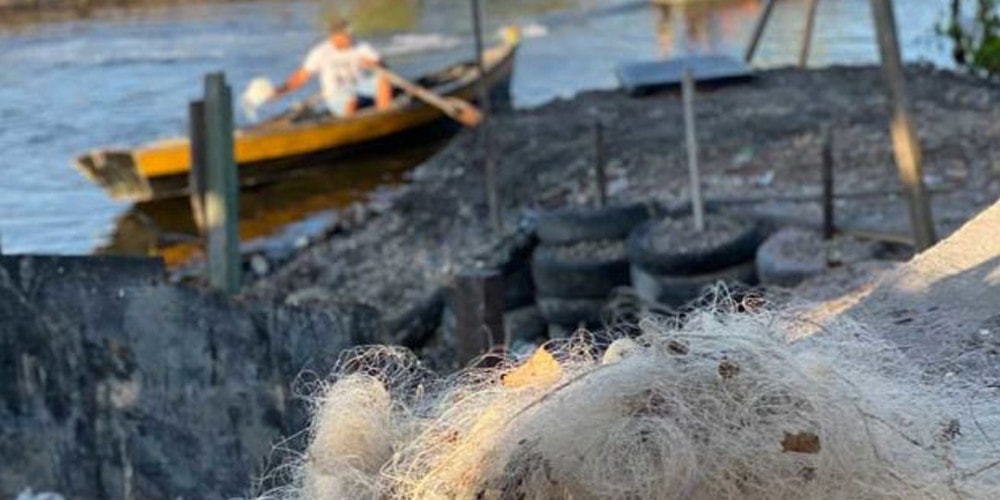 Local chapters of the Adventist Development and Relief Agency (ADRA) in northeast Brazil are stepping up to assist fishing families in the area of a recent oil spill. The spill, first reported on August 30, 2019, is now affecting household finances in several states along the coast. It is considered by many experts to be the largest marine environmental disaster in Brazil’s history.

Local news sources report that even after being informed about the clean-up of more than 5,000 tons of oil along the Brazilian coast, the population’s willingness to consume fish and seafood has decreased substantially. The SOS Mar organization estimates that in the state of Pernambuco alone, seafood sales fell by 90 percent, while fish sales fell by 70 percent.

As a result, many fishing families have lost their main source of income. To provide relief, ADRA implemented its emergency response plan and released 80,000 Brazilian reals (about US$20,000) in subsidy. ADRA’s contribution benefited more than 170 families, each of whom received 450 reals (about US$112) on December 9, 2019.

The humanitarian agency’s initiative aims to help meet the basic needs of fishing families who are still waiting for government assistance.

“We have been promised some help [from the government], but we have not received anything yet,” said Débora Gomes, a matriarch in a family of more than ten fishermen. “If it weren’t for [ADRA’s] help, it would difficult even to think about celebrating Christmas.” Gomes’s family lives in Ilha de Deus, one of the neighborhoods in Recife that tourists in search of high-quality fish and mussels used to visit before the oil spill.

According to ADRA Nordeste director Erinaldo Silva, the aid is an emergency response to the problem. He explained that ADRA used an official record of all those registered as fishing persons in the area, as the agency tried to reach as many as possible.

“These fishermen used to have an uneventful life before the disaster. ADRA’s goal is to help these families bring some normality back into their lives,” Silva said. “The money we provided will allow them to purchase what they need at their local market.”