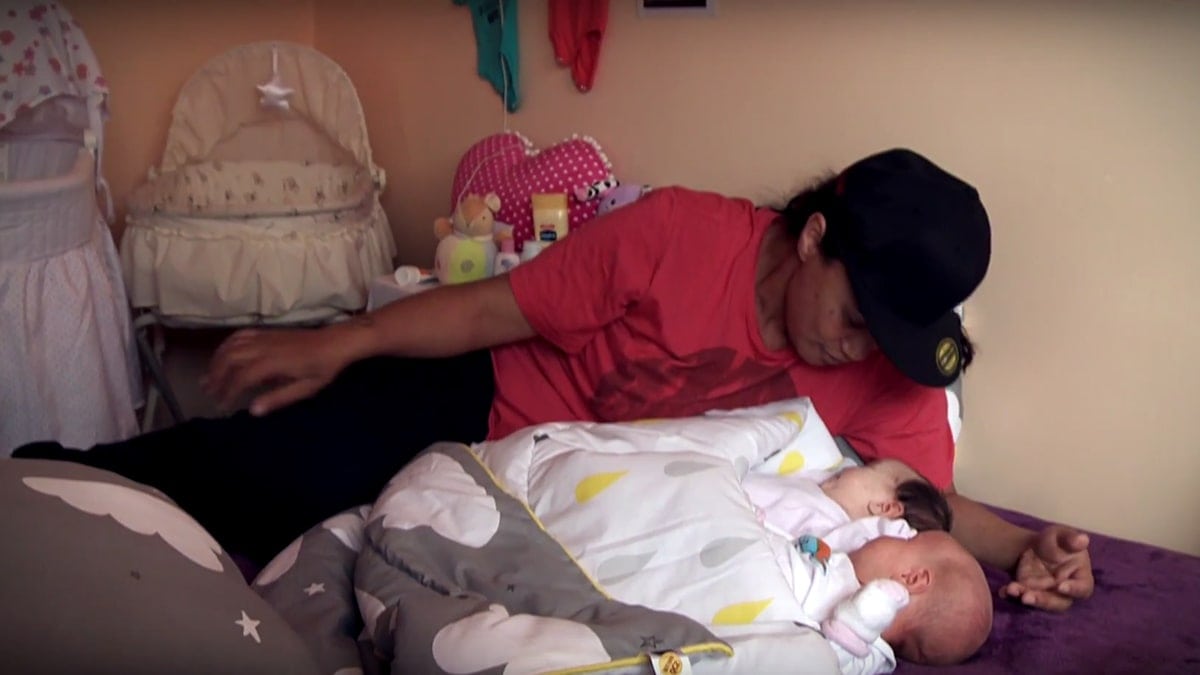 With child poverty, family breakdown, suicide and chronic health issues on the rise across New Zealand, Adventist churches have the potential to help families thrive. This belief is driving a strong partnership between the Adventist Development and Relief Agency (ADRA), the North and South New Zealand Conferences, or church regions, and local churches across this South Pacific island nation.

ADRA’s Community Transformation Partnerships brings these groups together to transform communities in a creative and sustainable way. “It is the local church that has the presence and connections with the community,” said Denison Grellmann, CEO of ADRA New Zealand. “We are committed to empowering churches in New Zealand to transform their communities.”

According to Grellmann, ADRA’s vision is to work with every Adventist church and entity across the country to bring life-changing programs to life.

Below are the stories of two families who have been helped through these programs.

Tania was seven months pregnant when she received the devastating news. A representative from Child, Youth and Family services (CYFs) contacted her in prison and told her that her twin daughters would be immediately taken into CYFs’ care upon their delivery.

Tania’s story, however, starts long before any of this happened. Born into a family entrenched in gang life, she shared that it was the lifestyle she was surrounded by that later led her to “a life in and out of jail.” This was not the life she wanted for her own children.

The same day Tania was told her twins would be taken into CYFs’ care, she was visited by two women from the Grace Foundation. The Grace Foundation houses men and women who are released from correctional facilities and have nowhere else to turn.

Knowing Tania’s situation, one of the leaders from the foundation contacted Papatoetoe Adventist Church to see if there was a place for Tania in ADRA’s Welcome Baby program, a program which especially caters to new mothers. A day after contacting the Welcome Baby team, Tania went into labour.

The Welcome Baby team was excited to help Tania and her beautiful twin girls. Tania was given two Welcome Baby packs filled with clothes, baby boots, diapers, and other items to support the babies in their first year.

Tania said she felt incredibly grateful for all the support she received. “I was blessed…to know that in 3-6 months I can hand [the baby clothes] back and get bigger ones.”

The Welcome Baby team was also thankful for the opportunity to help. According to Karyn, a member from the Papatoetoe church, Welcome Baby is “an amazing way we get to connect.” Her dream is in tune with ADRA’s: “I want to see us do that more,” she said. “I want to see us work together because I think…our whole church together is so much stronger than when we are on our own.”

For 11 years, Jayson worked full-time selling drugs on the streets of South Auckland. He often turned to home invasions, extortion and violence to ensure his family had food on the table. Looking back, he acknowledges that this kind of lifestyle was “setting his family up for a life of failure”.

Five years ago, an ex-gang associate was invited into his house for the night. The following morning Jayson woke up to find many of his family’s possessions had been taken.

Five years ago, an ex-gang associate was invited into his house for the night. The following morning Jayson woke up to find many of his family’s possessions had been taken. He also woke up to the realisation that this was not the lifestyle he wanted for his family.

Jayson acknowledges this moment as a turning point in his life, where God broke his heart so that He would be able to fill it back up again with His love, goodness and blessings.

In 2012, Jayson was invited to join Solid Community, a program supported by ADRA that gave him a physical outlet and the support he needed to create a new legacy for his family. Through the project Jayson was connected with positive role models, took part in life-changing personal development classes and ultimately turned his life around.

Jayson now runs his own business and has mentored others with similar life stories who he has met through Solid Community.

Earlier this year he and his entire family made the decision to be baptized and wholeheartedly follow God. “Life now feels like it has a purpose and a brighter future. We have seriously felt and embraced the Lord’s grace,” he says.