In Mongolia, Successful Evangelism Has Many Faces 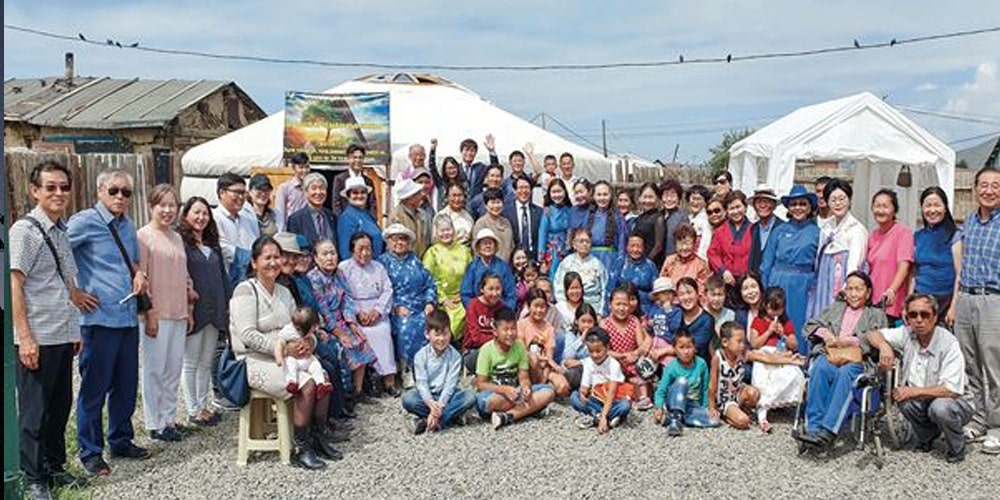 By: Mongolia Mission, and Adventist Review

Seventh-day Adventist church leaders and members in Mongolia have shown that when it comes to sharing God’s message with people, one size does not fit all. Recent evangelistic meetings energized and prompted every local congregation in the capital city of Ulaanbaatar to devise creative ways of reaching others for Jesus.

Church leaders reported that immediately following the Ulaanbaatar Health Expo 2019 a few months earlier, Ulaanbaatar-wide Evangelism 2019 began. Church members, speakers, and guests did not have any time to rest, as evangelistic meetings were launched in the eleven Seventh-day Adventist congregations across Ulaanbaatar.

“We were able to record the activities of each church with a camera and a team from the Northern Asia-Pacific Division [NSD] region,” Kim said. “We felt the presence of the Holy Spirit at every church we visited. At a specific church, we had more than 100 attendees each night, including 80 children. Many of the children wanted to get baptized, but we postponed their baptisms because we wanted to make sure we got parental consent. There was still one adult baptism on the closing Sabbath.”

Another church reported that it welcomed 20 guests every night. All of them are now baptismal candidates. One elderly woman, in particular, put her heart into the meetings and attended each day faithfully. She even invited the volunteer team to her home on Saturday (Sabbath) afternoon, and everyone enjoyed a visit there, Kim recalled.

“These baptismal candidates have committed to studying the Bible with the local church pastor so they can prepare for baptism,” Kim said. “A pastor has even pledged to support two of the church youth with scholarships so they may grow up to become future leaders of the church.”

Another of the eleven congregations faced a physical challenge due to heavy rainfall. Despite the difficulty for the guests of reaching the church because of water and mud, the church did not have enough seats, and organizers set up tents outside for those who came later. At the end of the meetings, six people were baptized.

Another of the eleven churches is located on top of a hill. That did not stop people from climbing the hill each evening to attend the meetings, Kim reported.

“An average of 65 to 70 people came every night, and the team also visited individual houses to extend invitations,” Kim said. “There was one person who had been attending a Christian church from another faith for three years but was still seeking more truth. When she attended the meetings, she felt convinced that she had found the truth she was looking for and decided to get baptized. She was one of the six people baptized in that congregation, including one pregnant woman.”

Another congregation made special plans for the last Sabbath day of meetings. On Friday afternoon, all the volunteers, church members, and baptismal candidates traveled to Terelj National Park and camped in tents to spend that Sabbath in God’s nature. Leaders reported that participants praised God with all their hearts, and seven people were baptized in that beautiful testament to God’s creatorship.

Another church focused on music as part of the evangelistic outreach. Leaders reported that the church was blessed with a special music team of saxophonists, a classical guitarist, and a vocalist.

“In the afternoons, they provided their audiences with an amazing musical concert and touched many hearts,” Kim shared. “Fourteen people from this church were baptized at the end of the evangelistic meetings.”

“People were moved to tears when they listened to testimonies on the last Sabbath [of the meetings], and twenty baptismal candidates promised to stay connected with the local church pastor to continue with Bible study in preparation for baptism,” Kim said.

Kim said he is thankful for the coordinated and faithful efforts across Ulaanbaatar.

“I look forward to the next Ulaanbaatar-wide evangelistic series three years from now, and I praise God for His bountiful blessings and His protection throughout these meetings,” Kim said. “I cannot thank everybody enough.”