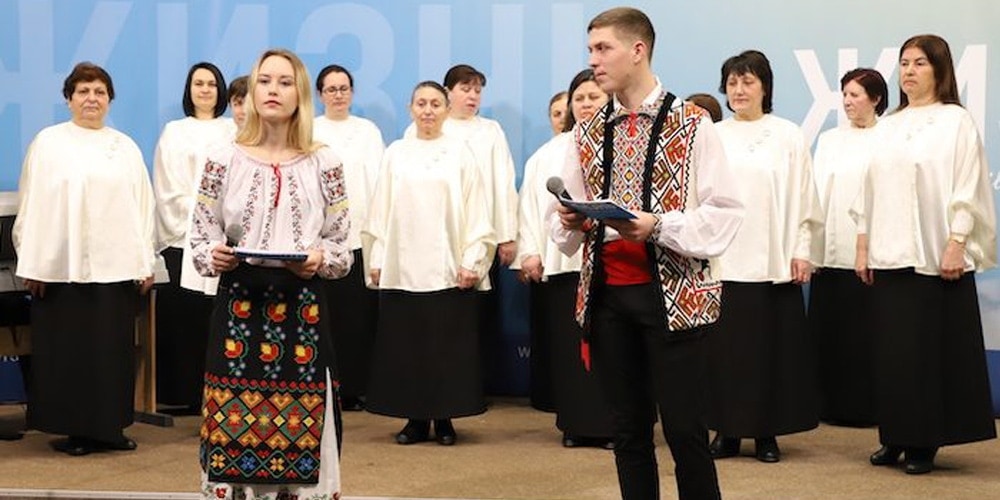 By: Euro-Asia Division, and Adventist Review

The week of February 20-27, 2021 was memorable for Seventh-day Adventists in the village of Dezghingea, in the Autonomous Territorial Unit of Gagauzia in the Republic of Moldova. Despite the pandemic and the restrictions that have affected public gatherings in the area, modern technology allowed a local evangelistic initiative to expand to many countries and cities well beyond its borders.

Every day of the initiative, people came to a local hall, following the pandemic regulations and restrictions, for a program that involved adults, young people, and even children. The decision to livestream the event, however, ended up producing unexpected results, as leaders reported. The meetings went global.

“Dezghingea is a Gagauz village, but the Gagauzes are dispersed all over the world,” regional church leaders shared. “As they found out [about the meetings], they got together and got involved in the initiative.”

The Gagauzes are Turkic people residing primarily in southern Moldova and southwestern Ukraine. Most Gagauzes are Eastern Orthodox Christians. Gagauzes also live in Bulgaria, Greece, Romania, and other countries. The total population of modern Gagauz is estimated at around 250,000 people. The people usually communicate in the Gagauz language, which belongs to a branch of the Turkic languages. Recently, local Adventists celebrated the 15th anniversary of the translation of the Bible into the Gagauz language.

According to the evangelistic series organizers, people followed the daily meetings not only from Moldova but also from Turkey, England, Russia, Sweden, and the United States. The main speaker for the event was Adventist presenter Roman Kisakov.

Kisakov led his audience through a series of lectures designed to draw people’s attention to the fundamental truths of Scripture, organizers reported. In the first part of each daily program, he discussed mental health topics such as how to overcome fear, phobias, depression, and finding happiness in the family. In a second part, he zeroed in on Bible-based teachings.

Several musical groups led special moments of praise with their singing. Organizers reported that they received hundreds of messages and prayer requests. Local Adventist pastor Koltuk Nikolai Afanasievich prayed specifically for the requests coming from all over the world.

A woman named Mary wrote, “I listened to the topics presented every evening. What I heard changed my life. Now I am seriously thinking of committing my life to God.”

The week of evangelism ended with a baptismal ceremony, with more to come, leaders said.

“We continue to pray for all those who listened to the message of truth, believing that the seed sown will grow and bring forth much fruit,” they said.

The original version of this story was posted by the Euro-Asia Division.