In Jamaica, Pathfinder Clubs to Be Added in Public Schools 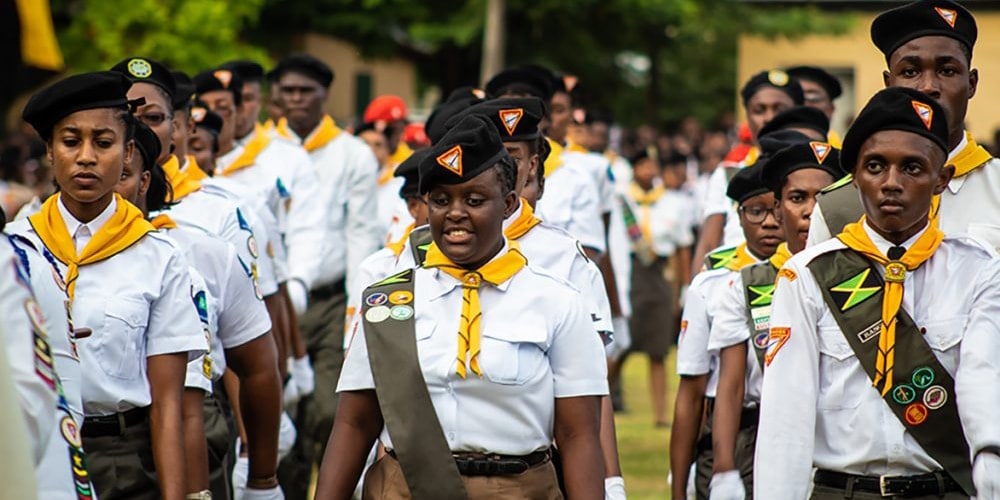 The Ministry of Education in Jamaica is taking steps to allow the Seventh-day Adventist young people’s organization called Pathfinders to set up clubs in primary and high schools across the nation.

The announcement was made by Assistant Superintendent of Police Coleridge Minto, who is responsible for safety in schools. Minto attended an induction service on behalf of Jamaica education minister the Honorable Ruel Reid, during which time nearly 1,000 young people were recognized as new members of Pathfinders and other uniformed church youth groups.

“Once the protocols are ironed out during a meeting with the Adventist youth leaders and the Ministry of Education in the coming week, we expect that at least five to ten Pathfinder clubs will be established in various schools across the island by the end of this year,” Minto said.

Since 2004, the Ministry of Education in Jamaica has run the safe school program to assist schools with behavioral and anti-social issues among the youth.

“The success that we have had so far with this program can be attributed to partnerships with agencies such as the Seventh-day Adventist Church. Therefore, the ministry is extending an invitation to the Adventist Church to establish Pathfinder clubs in the national school programs through primary and high schools,” Minto added.

The induction service was held at Camp Verley, Spring Gardens, St. Catherine on Sabbath (Saturday), November 17, 2018, and was hosted by the church’s central region headquarters.

The Adventist Church in Jamaica and across the world, through its Pathfinder and other youth clubs, has been successful in helping thousands of young people to develop the life skills and discipline necessary to take up church and community leadership positions, church leaders said.

“We are excited to partner with the ministry in sharing life-changing principles and disciplined behavior with the youth of our country,” said Dane Fletcher, youth and chaplaincy ministries director for the Adventist Church in Jamaica. “According to police statistics, most of the crime that has plagued the society, especially in recent times, is perpetrated by young people, and we stand ready to support any cause that will have our young people focus their attention in more meaningful and productive ventures at the school level character formation takes place.”

According to Minto, the Adventist Pathfinder Club was selected because the Ministry of Education is very pleased with the Adventist Church’s decades of service to nation building, particularly in the area of youth development.

The Adventist Church in Jamaica has more than 10,000 active members in clubs at four age levels: Adventurers (ages 6-9), Pathfinders (10-15), Master Guides (16 and above), and Senior Youths (16 and above), located in approximately 500 of its 740 congregations across the island.

The original version of this story appears on the Inter-American Division news page.