In Jamaica, Adventists Open Center for the Homeless and Others in Need 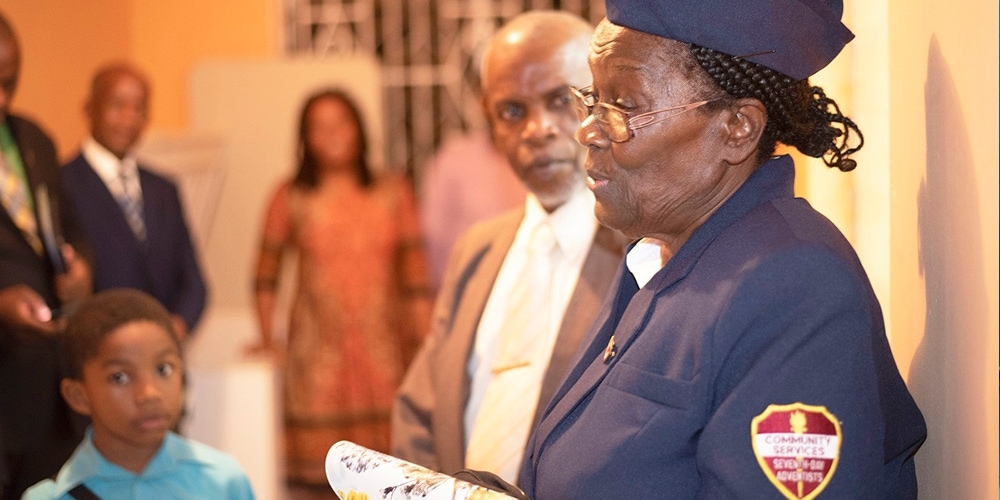 The Seventh-day Adventist Church in Central Jamaica recently inaugurated a new center for the homeless and others in need in Mandeville.

Life Hope Center, located on the grounds of the Mandeville Seventh-day Adventist Church, will welcome the homeless of the community as a one-stop location where they can shower, receive a meal, receive clothes, and get prayer, counseling, and medical care.

The center is the first of five centers of influence that the church is planning to establish in several cities of Jamaica, said Central Jamaica Conference president Levi Johnson. “We discovered that all the town centers in central Jamaica are growing,” Johnson said as he referenced the nearly 400,000 people living in the seven major cities and towns in the region.

"This puts a serious strain on limited infrastructure and resources and can impact negatively on the quality of life of persons who are poor, vulnerable, and displaced," Johnson said. “We are expecting that people who visit the Life Hope Center will receive special care and love and have their needs met, whether those needs are counseling, medical, dental, or otherwise.”

The latest available report by the National Committee on Homelessness in Jamaica is from 2012, with a figure of hundreds of persons who were homeless island-wide. The growing homelessness has been considered a chronic problem since Hurricane Gilbert brought widespread destruction on the island in 1988.

Jones Oliphant, Councillor for Mandeville in the Manchester Parish municipal government, speaking on behalf of Peter Bunting, Member of Parliament for Central Manchester at the center’s opening, said that the new center of influence is the third such institution established to address the needs of the poor and vulnerable in the city of Mandeville.

Oliphant congratulated the Adventist Church for establishing the center and said that he would take a resolution to the next meeting of the council that this newly established center of influence be listed under the Bureau of Supervision, to get the help needed to carry out its functions.

He also expressed the desire of the council not to allow the feeding of the homeless on the streets.

“They prefer these persons are taken to a home or shelter where they can eat with dignity, have a bath, and have other needs met,” Oliphant said. “If you need to feed the homeless, please get in touch with one of the three centers that are established to address these needs. Even though they may be homeless or mentally challenged, we need to let them know that they are valued.”

“The church must respond to the needs of people in the community.… We must be good cooperative citizens,” Brown said.

Guest speaker Maxine Mitchell, a native of Manchester who now lives in Canada and has contributed to education in Jamaica for many years, spoke during the ceremony and reminded church and community members that Jesus is the example of service to the poor and the needy.

“Jesus has commissioned us to care for each other,” Mitchell said. “This center is a prime example of how Jesus ministered while He was on earth. Jesus ministered to people’s needs and loved them before He shared the Word [the Bible] with them.”

Church and community leaders toured the 3,000-square-foot (280-square-meter) facilities, which includes a shower area, a reading room, a clothes distribution room, a prayer/counseling room, and a restroom. The Life Hope Center is run by the Adventist Church in Central Jamaica and is managed by Ursula Sharpe.