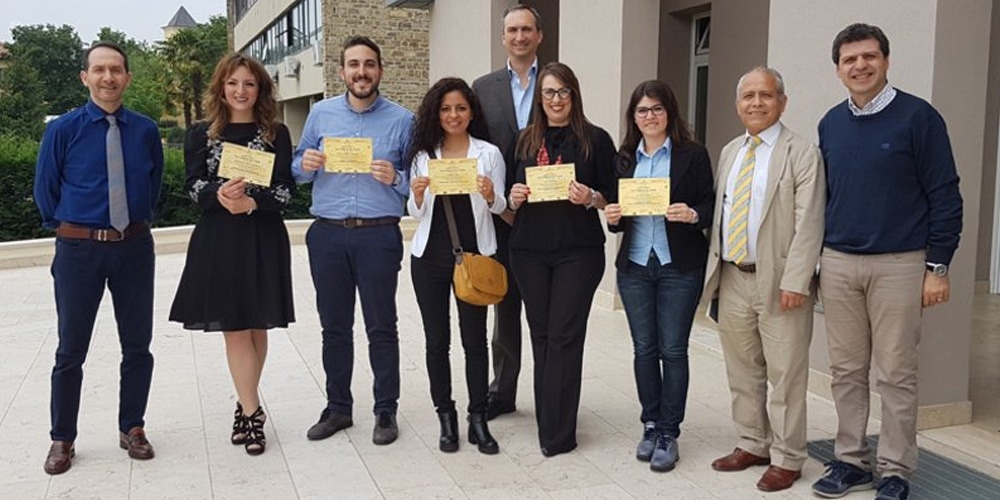 A scholarship initiative developed by the Adventist Ministry to College and University Students (AMiCUS) in Italy is fostering faith and religious discussions at state school campuses across the nation. The “thesis scholarship” was established with the goal of addressing Adventist students’ needs in public universities, said Italian Union of Seventh-day Adventists education director Roberto Iannò, whose office manages the program.

“It is granted to Seventh-day Adventist students attending public universities, for dissertations written on topics such as religion, spirituality and faith, ethics and Christian values, Adventist history, faith and science, and health principles and Adventism,” said Iannò. The project, launched in 2008, is now in its eighth cycle.

The thesis scholarship seeks to support research and scholarly studies in the Seventh-day Adventist Church, explained Iannò. “It is evident that the strength of the theses is not only in their contents but also in the fact that they present very interesting arguments,” he said. “[Dissertations] drive topics on campuses where the educational community may hear, perhaps for the first time, about faith or Adventism.”

The program has been extremely successful, said Iannò. “As of early 2018, we had already awarded scholarships to 22 students,” he shared. “And on May 9, in Villa Aurora, the Italian Adventist university, we awarded another six students.”

Completed dissertations are added to a special section in Villa Aurora’s library collection, as historical memories of academic works by Adventists presented in Italian public universities. Adventist educational leaders in Italy would also like to create a smaller series by Villa Aurora’s faculty, said Iannò, for works that are deemed deserving of more attention.

The project has other implications. “We are preparing a Web site where the theses will be put online so that they can be consulted or used for full-text research,” Iannò said. “We hope it encourages other young people to deepen their knowledge.”

Iannò pointed out that researchers will be soon able to find the papers on the Italian Union education office page.

The thesis scholarship initiative arises from a partnership between several entities, including Villa Aurora and the Italian branch of AMiCUS. It is supported by Adventist church members through a national education offering.

Iannò explained that the Italian churches’ generosity has met the educational leaders’ expectations. “It means that Italian churches believe in this project and want to help their youth to stop being anonymous,” he said.