In Italy, ADRA Launches Initiative to Battle Prejudice Against People With Disabilities By: Adventist Development and Relief Agency in Italy, and Adventist Review

The social and educational project “An Educational Sidewalk to Disable Prejudice,” coordinated by the Adventist Development and Relief Agency (ADRA) in Italy, is actively looking for ways to reduce discrimination against disabled people, minority groups, and boys and girls. It is something being accomplished, leaders behind the initiative said, by simulating situations of discomfort in an urban setting.

The experiment was carried out among 450 students ages 11 to 15, who currently attend some secondary schools in the city of Florence. The main objective was to reduce prejudice against those with disabilities using the perspective of identification, that is to say, by placing a person in the shoes of another person who suffers a disability. Participants were invited to sit in a wheelchair and move along a modular wooden pavement set up inside the school facilities, which mimics the difficulties and obstacles of any city sidewalk.

The birth of the collaboration for this research was in the Department of Education, Languages, Interculture, Literatures and Psychology of the University of Florence, in partnership with District 5 of the city of Florence, and the support of the Florence Savings Bank, the Tuscany Region, the Seventh-day Adventist Church, and ADRA International.

The study supports the initial thesis and shows that taking the point of view of a minority group while interacting with a person from this same group leads to more favorable attitudes, higher levels of empathy, and higher contact intentions toward people with disabilities. On the other hand, the levels reported by individuals who completed the activity without actually meeting a person belonging to a minority group were lower.

One interesting feature that these preliminary results revealed is that the immersion perspective proved to be effective in reducing prejudice toward minorities, including even those who were not explicitly mentioned during the intervention.

The research article resulting from the study was peer-reviewed, approved, and published in the Journal of Applied Social Psychology, a respected publication in social psychology.

Leaders of ADRA in Italy highlighted the importance of this project.

“The Educational Sidewalk initiative has proven to be a valuable tool to break down mental as well as physical barriers to disability and diversity,” they said.

The original version of this story was posted by the Adventist Development and Relief Agency in Italy. 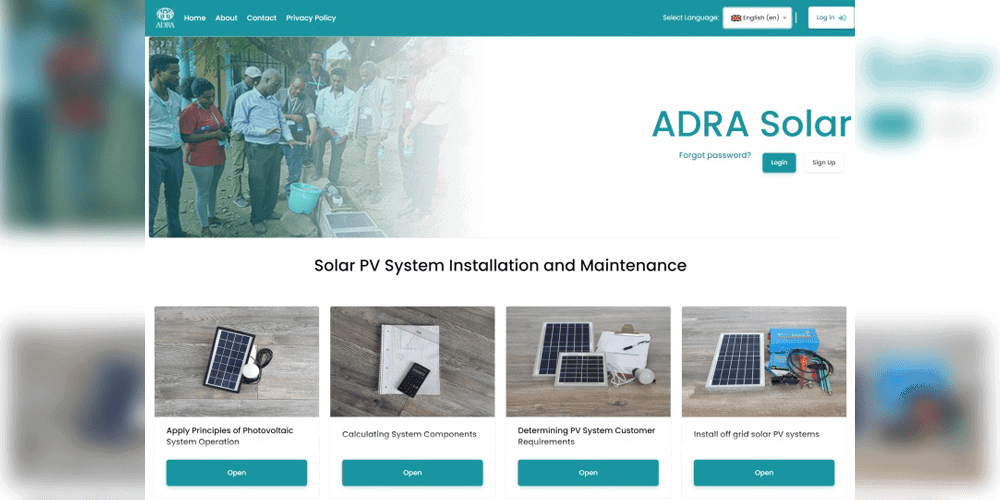