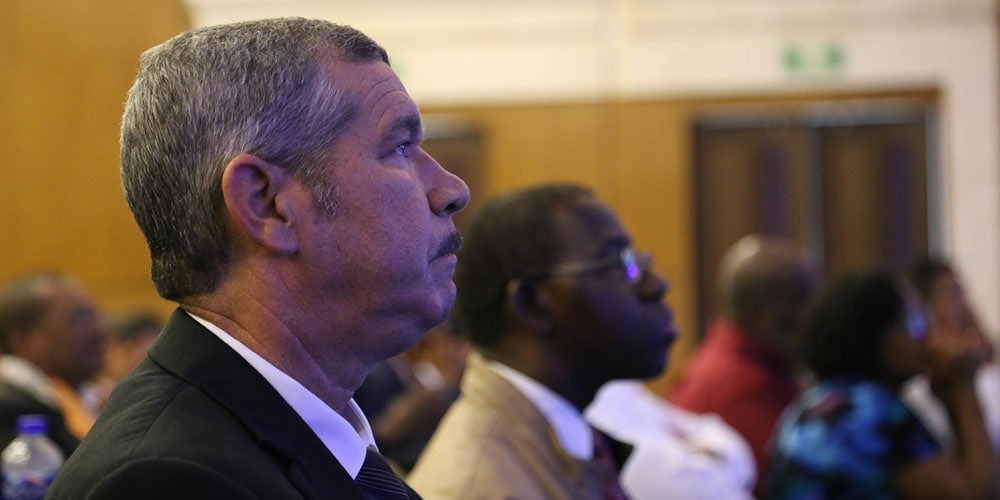 Seventh-day Adventist administrators from all of Inter-American Division’s (IAD) unions, conferences, and missions got a clear picture of membership growth and losses during a recent six-day meeting that brought leaders together to help define the future of the church.

Although the church continues toward its goal of reaching one million new members as the quinquennium period draws to a close in mid-2020, the focus at the meeting was not so much that more than 800,000 new members had joined the church from 2015 until June 30, 2019, but how many were lost.

Looking Closely at the Losses

“We need to look more closely at our losses,” said Leonard Johnson, executive secretary for the church in Inter-America.  According to the data collected, the church across the IAD lost 476,807 church members in the span of the four and a half years between 2015 and mid-2019. In addition, during the previous four-year period of 2010 to 2014, 499,127 members were dropped or went missing, Johnson reported.

“We must consider the data before us, where we are, and where we need to go,” he said.

In the more than 14,900 organized churches and 8,000 congregations bursting with more than 3.7 million members, there is a “high percentage of members who love and appreciate the church, people who truly love the church,” said Johnson as he pointed to member survey results reviewed recently.

“The church is in a position to make a greater impact in its communities,” Johnson said. “It is not just in terms of getting people to come into the church but also touch the people in significant ways.”

It’s all about the local church, where the real action takes place and where members and newly baptized believers must be reached and cared for, and not ever leave the church or be unaccounted for, he added.

“I believe that these are more than just numbers,” Johnson said. “They tell us what we need to do, where we need to go to keep us focused.”

One focus Johnson suggested was the need for pastors to visit members in their homes as part of caring for each family in the local church. He was referring to the recent IAD member survey results in which 39 percent of those surveyed said that their pastor has never visited them, 30 percent said their pastor visits once or twice a year, 14 percent said once a quarter, 7 percent said once a month, 2 percent almost every week, 3 percent weekly, and 5 percent more than once a week.

“I want to do all I can to encourage pastors, because we have been ordained as pastors to reach, to nurture, to disciple, to assist members in growing in their relationship with Jesus Christ,” Johnson said. “There is no doubt in my mind that we have a golden opportunity to do more in the area of nurturing and retention of members.”

The numbers are alarming, said Elie Henry, president of the church in Inter-America, as he addressed dozens of administrators. “We need to discuss more what we can do to retain our members, ensure that our members do not leave and get off our books,” he said.

It’s clear that pastoral care is a major concern, said Ignacio Navarro, president of the church in the Chiapas Mexican Union. “We need greater emphasis in pastoral visitations, but our pastors are not idly sitting by. Why are they not visiting? Because we [as leaders] have changed the emphasis more on events and activities,” said Navarro, who leads a church region with more than 252,000 members in 3,191 churches and congregations led by 227 district pastors. “We need to stop creating events at the local field, union, and division levels, so that we can allow pastors to be pastors at the church.”

It’s about discipleship and retention, stated Balvin Braham, assistant to the IAD president for evangelism. Braham shared the primary reasons members leave the church, according to a recent survey done by the Seventh-day Adventist world church. These include death; family problems; marital difficulties and divorce; conflict with pastors; conflict with other church members; guilt; lack of compassion in the church; and more.

Church leaders and administrators sat for several hours to discuss and find possible solutions to aid ministers and pastors in the local church to better keep members and achieve the desired retention as part of the strategic plan that will guide the church in 2020 and beyond.

More than one million were taken off the books in a little more than ten years, Braham said. “Our membership today would stand at five million, maybe six million in our [Inter-American] Division, so we need to take the necessary steps to keep our members,” he said.