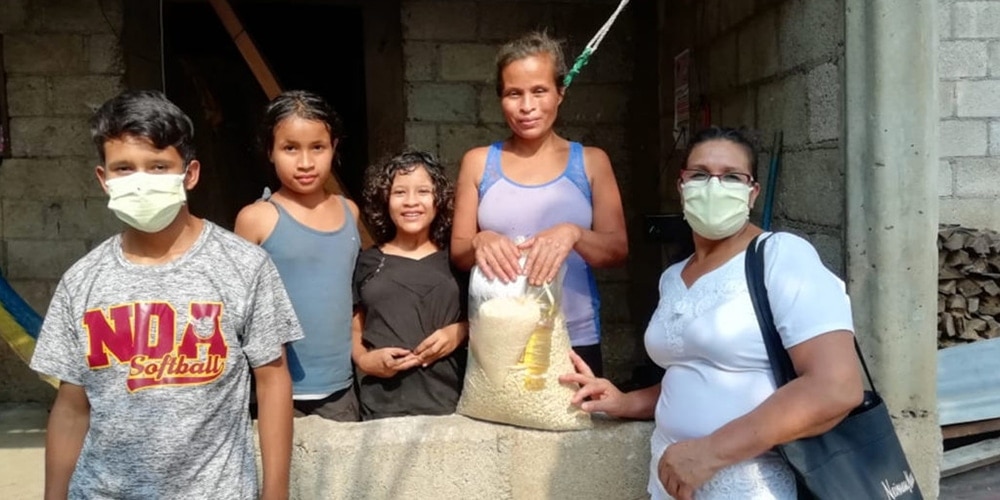 The Seventh-day Adventist Church in Guatemala began distributing food baskets to thousands of its church members most affected by the national quarantine regulations that limit them from going to work to provide for their families.

“Because of the government’s decree on quarantine measures and curfews in place, the country seems to be paralyzed, fear has taken over communities, [and] some products are scarce as people have been confined to their homes to contain the spread of COVID-19,” said Guenther Garcia, president of the Adventist Church in Guatemala. “The crisis will intensify as another 30 days of isolation is scheduled for April 2020, preventing so many from going out to earn money to feed their loved ones.”

Each of the eight conferences and missions in the region has identified those who are at highest risk of being affected by the coronavirus and those with low incomes, especially church members 60 or older who depend on daily selling in the market, explained Gustavo Menéndez, communication director for the church in Guatemala.

Juan Segura, an older member of the Chal Adventist church in Peten, in the northern Guatemala church region, was among several families who benefited from food baskets last week.

“Thank you for this gift from our brethren, because we know that the love of God is manifested this way,” Segura said.

“This is only the beginning of the distribution of goods to more than 4,000 families as the projected crisis begins to show its effects more and more in the coming weeks,” Menéndez said. The funding for the food baskets is split between the union headquarters, the conferences and missions, and local churches, he explained.

So far, the government has declared that more than 2.5 million persons are at risk during the coronavirus crisis in Guatemala. At press time, there had been 36 persons affected by COVID-19, one death, and 10 persons fully recovered, according to a national report.

The church plans to assist the most affected in the community through its Adventist Development and Relief Agency (ADRA) in the coming weeks, in coordination with government authorities.