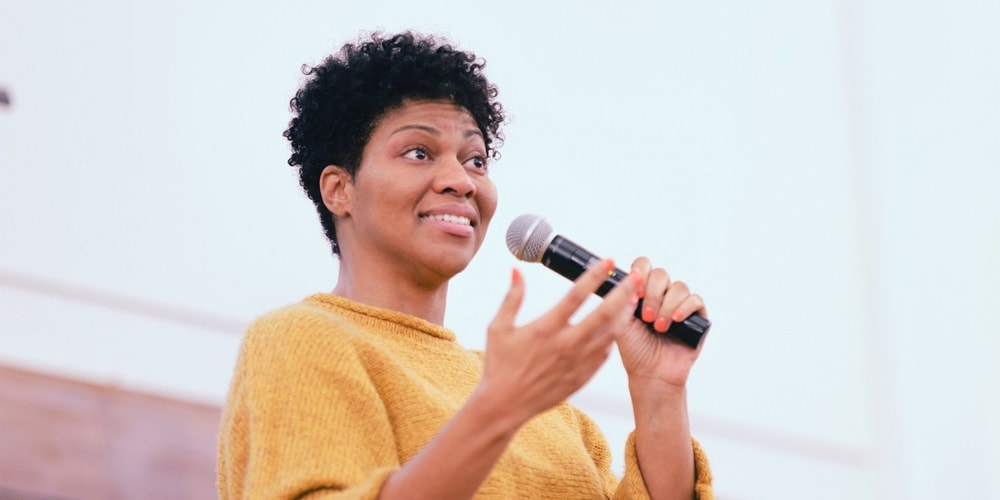 On February 23, 2019, the South England Conference (SEC) church region of the Seventh-day Adventist Church hosted its second “Breaking the Trend” event in London. According to event organizers, it was a day of celebration and fellowship in a program designed to provide remedial solutions around issues of isolation, exclusion, and shame.

Breaking the Trend is a joint effort between several SEC departments, including Women’s Ministries, Men’s Ministries, Disability and Diversities Ministries, and Church Growth.
The 2019 event was themed “Creating Places of Belonging,” with organizers describing it as “an opportunity to connect” and “a place to feel inspired.”

At the beginning of the program, a short skit called the audience to reflect on how seemingly innocuous conversations can prove detrimental to oneself as well as to the listener.

The scene was set with two couples engaged in gossip. Energetically they recounted the affairs of a pastor and the waywardness of a congregant’s teenager. Intermittently, each actor broke the fourth wall to address the audience with their own shortcomings and the shame of being unable to deal with them. The issues discussed ranged from work-related stress to pornography addiction and parental failures.

“A light was shone on how it’s easier to talk about other people’s problems than our own,” organizers said.

Keynote speaker Rebecca Davis, from California, United States, discussed statistics on the correlation between internet use and loneliness. As a side note, she mentioned that 17 million Britons do not have a close friend. It is a figure, she said, that has risen 10 percent in the past five years. The figures are even more stark when the United States is brought into the picture.

Quoting Genesis 2:8 from the Bible — “It is not good for man to be alone” — Davis said that when our human-shaped void is not filled, we live in isolation. “Relational maladies infect us, and we can suffer from loss of perspective,” she said. Davis went on to explain that we can easily forget that “the enemy’s successful strategy is to isolate us so that he can destroy us.” On the other hand, Davis said, “community can bring a fullness of heart.”

Community, however, can only be effective if implemented Jesus’ way, Davis said. “No longer loving others as we love ourselves, since some people don't even love themselves; rather, loving each other as Christ loved us,” she emphasized as she quoted John 13:34. Davis’s rationale was that this love, in essence, creates community, for it moves beyond self-love as the exemplary standard and points to Jesus’ self-sacrificial love.

Using Facebook founder Mark Zuckerberg as an example, Davis said that social media creators like Zuckerberg understood that people longed for community — they wanted to connect, to see other people and to be seen. “It was one of the reasons why the social media site became so popular,” Davis said. She spoke about surveys of the various aspects of church experience which showed that, when ranked by young adults across the denominational spectrum, the church scored highly in every section except community spirit.

It was a profound wake-up call, attendees said, one which was addressed further in the afternoon workshops, where they learned how to love more like Jesus. This was manifested in, among others, presentations on how to spot signs of unhealthy relationships, the difference between shame and guilt, and the importance of emotional intelligence.

SEC Diversity and Disabilities Ministries director Sophia Nicholls, who coordinated the event, said that “the objective was to speak openly and frankly about current issues to develop an understanding for the need to change.”

Feedback from the day indicated that the goal was successfully met. As one attendee put it, “I feel compelled to go back to my church and make changes. We need more days like this.”