In a First, South Sudan Church Workers Are Trained for Mission 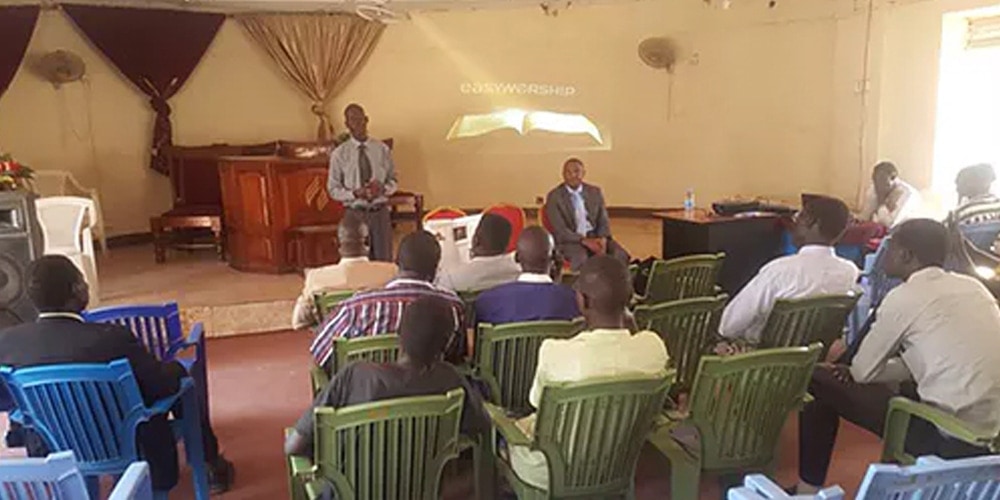 East-Central African Division (ECD) of Seventh-day Adventists communication director Prince Bahati made his first visit to Juba, South Sudan, in the second week of January 2018. His visit gathered dozens of church employees and volunteers to be trained on communication skills in a church setting.

Participants are now empowered and equipped to enhance communication options and initiatives in the church, said church leaders in the area.

“When the role is well played, it paves the road for the proclamation and spreading of the gospel,”

According to Clement Archangelo, president of the South Sudan Attached Territory, the training was planned in a timely manner, as it was delivered at the beginning of the year. He also emphasized the essential role of communication in a church setting. “Communication is the engine that will allow them to move quickly in church projects,” he said.

As part of the seminar, Bahati reminded participants of the role of church communicators which is to create, protect, and maintain a positive image of the institution. “When the role is well played, it paves the road for the proclamation and spreading of the gospel,” he said. Bahati also set the media, and other tools of communication, including radio, newspaper, magazines, television, and the Internet, in the context of the mission of the church. “[All of them] are channels to preach the good news of the gospel,” he said.

Bahati also discussed the new Seventh-day Adventist church’s global visual identity and news writing. He instructed the attendees on how to run a radio station for the church, the use of social media, websites, and television. Leaders said they anticipate the training will improve communication skills at various levels of church leadership across the region.

Speaking on behalf of participants in the training, Roda Akech, who works for the Adventist Church in the area, expressed her satisfaction. “I want to thank the division leadership for the commitment to equip and strengthen the young church in South Sudan, and for their willingness to send leaders into the country despite the ravaging war,” she said.

According to regional church leaders, the Seventh-day Adventist Church is growing at a tremendous speed in the area. “[It is the reason] we need knowledge, skills, exposure, and strength to confidently carry out our mission even in this unstable country,” they said.