I Was an Immigrant Too 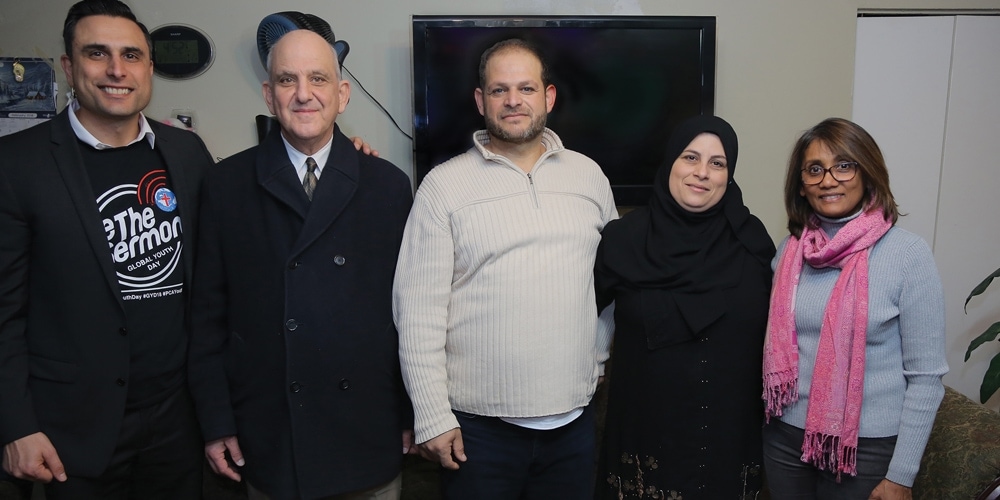 June 16, 2018, is the annual day the Seventh-day Adventist Church has selected to highlight and create awareness about the plight of refugees around the world. Below are two stories of Adventist church members living in the US who arrived as immigrants and now are doing the best they can to make positive changes in the life of local refugees.—Editors

Hannah Koilpillai remembers when, as a child, she came to the United States as an immigrant. She says that she treasures the woman who helped her family adjust to living in a new place. “She acclimated us to our new environment [and] treated us as one of her family members. Because of the positive experience I had and the love my family was shown, it made it so much easier to live in a new country.”

Koilpillai, a member of the Potomac Conference’s Sligo Seventh-day Adventist Church in Takoma Park, Maryland, says she understands what refugees go through when coming to a new country, and she wants to pay forward the help her family received when they arrived. When a friend told her about a group that was helping to resettle refugees, she immediately wanted to get involved.

On several Mondays each month, Koilpillai joins a volunteer group from the National Community Church in Washington, D.C., as it helps set up apartments for incoming refugees. Prior to a refugee family’s arrival, she and other volunteers go to the empty apartment and transform it into a welcoming home. “We make sure that the apartments are fully furnished and ready for the refugees to move in,” she says. “To do this, we, the volunteers, collect or donate items that are necessary to furnish the apartment.”

Koilpillai says she realizes this refugee ministry goes beyond providing the convenience of having furniture to sit on and plates to eat from. “They [the refugees] feel welcomed. They see the love and care that has been put into making it a warm and comfortable place they can call home. We even hang pictures on the walls and try to make it personal.

“When you are leaving your roots and coming to a new country,” she adds, “especially when you are not sure if you are welcomed because of the country you are coming from, [you might have] reservations on how people will perceive your presence in their country. [But] then seeing how inviting and warm the home has been set up just for them removes all those thoughts.”

Koilpillai shares that their purpose is to serve. “We aren’t here helping to convert them. We are here to serve,” she says.

Anees Abdelnour, another member of Sligo church, also knows what it is like to move to a new country and be in need. In 1974, he and his mother, with only $50, moved to the United States from Jordan. They lived in a small apartment in Takoma Park with his sister, her husband, and their three children. Now he is helping other newcomers.

In September 2016, Abdelnour, who works at the General Conference—the Seventh-day Adventist Church headquarters in Silver Spring, Maryland, United States—visited several mosques to see how he could help Muslim refugees arriving in the area. At one mosque he was directed to a center that helps incoming refugees. A short time later, he and other General Conference employees visited the center and provided boxes of food and supplies. Abdelnour had a desire to meet with an actual family and help them directly, but the center’s privacy rules prevented the release of names or addresses. Abdelnour continued to visit the center often, taking food and supplies.

About a year after Abdelnour’s first visit to the mosques, Sligo church member Hannah Koilpillai approached him at church after learning he spoke Arabic. Abdelnour says it was a providential meeting. “Hannah reached out to me and asked me to translate for a Syrian refugee family. She had no idea that I was helping refugees or that I wanted to meet a family. She just needed someone to translate.” He adds, “That was my chance to meet with a family!”

Abdulnour immediately agreed to help, and this opened the door for him to help refugee families directly. The first family he translated for provided names and addresses of other refugee families in need within the same apartment complex. He shares that “there [were] about 100 refugee families there. That’s about 600 people!”

Abdelnour gathered food and supplies and, with a group from Sligo church and Washington Adventist University in Takoma Park, Maryland, jumped into action. The group helped the first family and seven other families with donated household items, cleaning supplies, and basic food staples. A dentist from the church also offered free dental services. Abdelnour says more church members are getting involved.

The people being helped include a Syrian refugee family of five. The father, who was an engineer in Syria, now does handyman work. The mother and two sons run a catering business. They say the most difficult adjustments have been the limited space in their small apartment, the stress of seeking employment, and opportunities for sending their children to school. They also report a lack of government follow-through on promises of food stamps and other assistance.

“I was happy when I first found out we were coming to the United States, but after we arrived, I became sad all the time because I didn’t know anyone and we didn’t have any food,” says family member Ghosoun, who preferred not to share her last name. “But now that I am visited by Anees and Hannah and everyone else, I am now happy again. It’s like having family in a foreign country!”

This article originally appeared in the May 2018 issue of the Columbia Union Visitor magazine.