Ordinance at the church’s headquarters moved them to recommit to God’s mission. 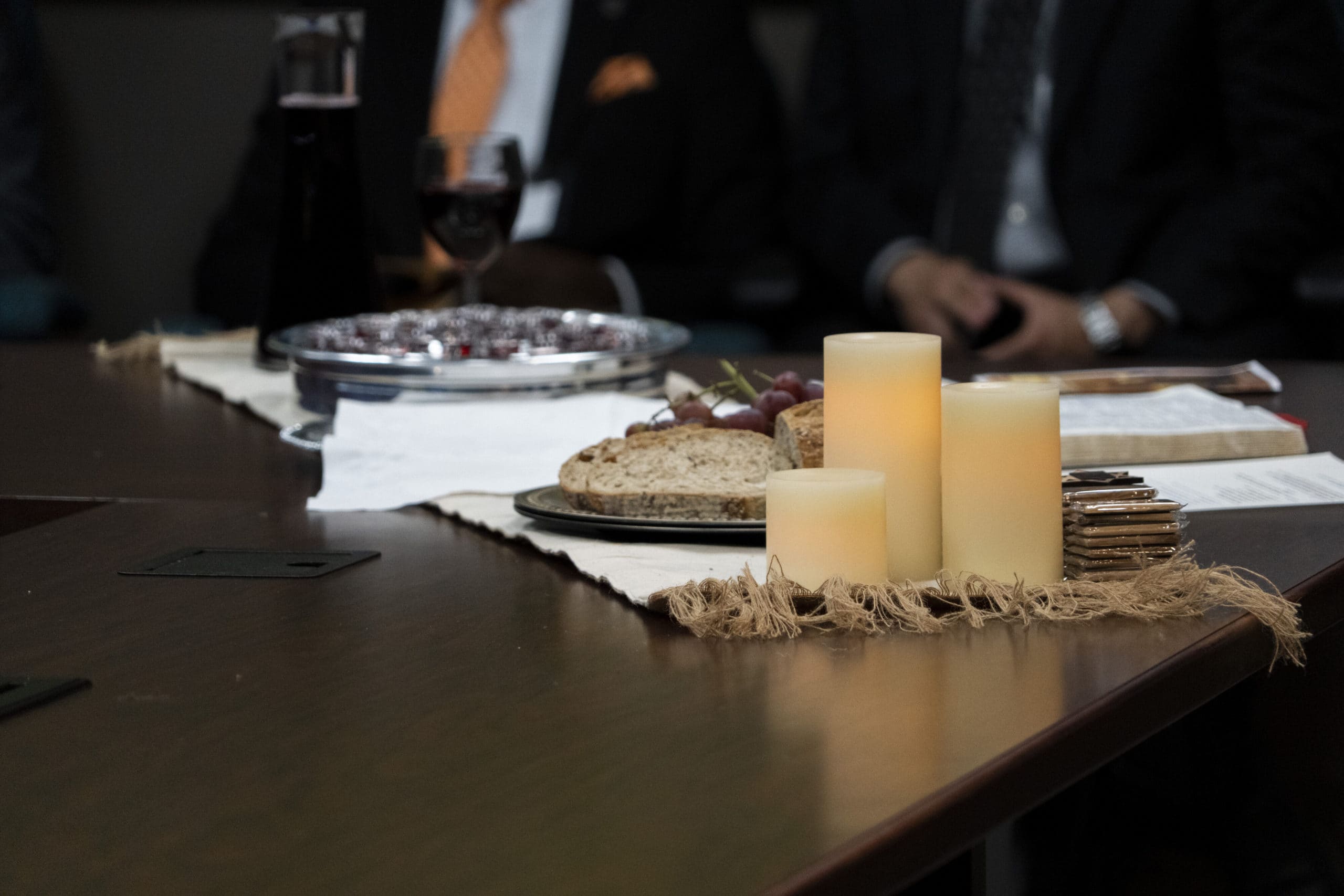 The biblical ordinance of Communion acquired a new meaning at the Seventh-day Adventist Church headquarters October 7, 2022. More than 340 members of the Executive Committee of the General Conference (GC-EXCOM) and some of their spouses participated in the Jesus-mandated ordinance in small groups scattered across the three stories of the building in Silver Spring, Maryland, United States.

Hosted by the Institute of World Mission, the Friday-evening program marked the formal end to the Leadership, Education, and Development (LEAD) Conference, which opened the 2022 Annual Council of the 21-million-strong denomination on October 6. The business meetings of the Adventist Church brought GC-EXCOM members together from all over the world, after a hiatus imposed by the COVID-19 pandemic.

“It is the first time we are having a Communion service at the church’s headquarters,” General Conference assistant to the president Magdiel Pérez Schulz said. “In the past, we have welcomed requests from small groups to have a room for a spiritual activity or ceremony, but this is different.”

Pérez Schulz was one of the dozens of group leaders who coordinated the praise, witnessing, and prayer time in one of the meeting rooms across the building. Pérez Schulz led a Spanish-language service in a third-floor room for dozens of GC-EXCOM members and their spouses hailing from Spanish-speaking countries in Central America, the Caribbean, and South America.

“When the idea of having a Communion service was presented in one of our boards, leaders felt really excited about it and supported it wholeheartedly,” Pérez Schulz told the group he coordinated. “But then we began to consider the logistics of it, and we found out that there were many details to take into account to get the rooms ready for the participation of 480 people. It was something that we had never tried before,” he said.

Pérez Schulz expressed gratitude for the group of employees at the church’s headquarters who worked hard to prepare everything for the service. “They worked for hours so we could enjoy this special moment tonight,” he said.

The ordinance, also known as “The Lord’s Supper,” usually includes a foot washing ceremony, eating unleavened bread, and drinking unfermented wine as symbols of Jesus’ sacrifice. This time it included moments of sharing and singing. Across the building, it was possible to hear the fusion of voices and music as participants sang hymns such as “Marvelous Grace” and “Lead Me to Calvary.”

The service also included a moment of commitment to mission. Every leader had the opportunity to sign a card inviting each participant to refocus on God’s mission of sharing His message to everyone to the ends of the earth. “I humbly and sincerely pledge today, to recommit myself more fully and completely to supporting God’s mission on my knees and with the resources and means that He so freely blessed me with,” the 3x3 card reads. “I surrender my heart, my hands, and my feet to you, O God. Use them for your glory to advance your mission on this earth.”

At the end of the service, participants gathered informally in the central open atrium or looked down from balconies across the building for a final moment of reflection, singing, and prayer, led by GC president Ted N. C. Wilson. It was a “precious opportunity,” being together to participate in an ordinance mandated by Jesus himself, Wilson said. Jesus will not take part in that ordinance, Wilson reminded Adventist leaders, until we meet with Him in heaven.

He also referred to the commitment card, asking participants to keep it in their Bibles so they can be reminded of “the wonderful commission given to us” by the Lord. This renewed commitment, he said, is based on the opportunity to enjoy an experience like that of the Apostle Paul, who in Galatians 2:20 wrote, “I have been crucified with Christ; it is no longer I who live, but Christ lives in me.” “Christ living in each one of you,” Wilson told participants. “That is why you have signed that pledge.”

The service ended with leaders singing the well-known Adventist hymn “We Have This Hope” in their language of choice and prayer. “Lord, bless each Adventist leader,” Wilson prayed. “Help them to recommit all they have to mission.” 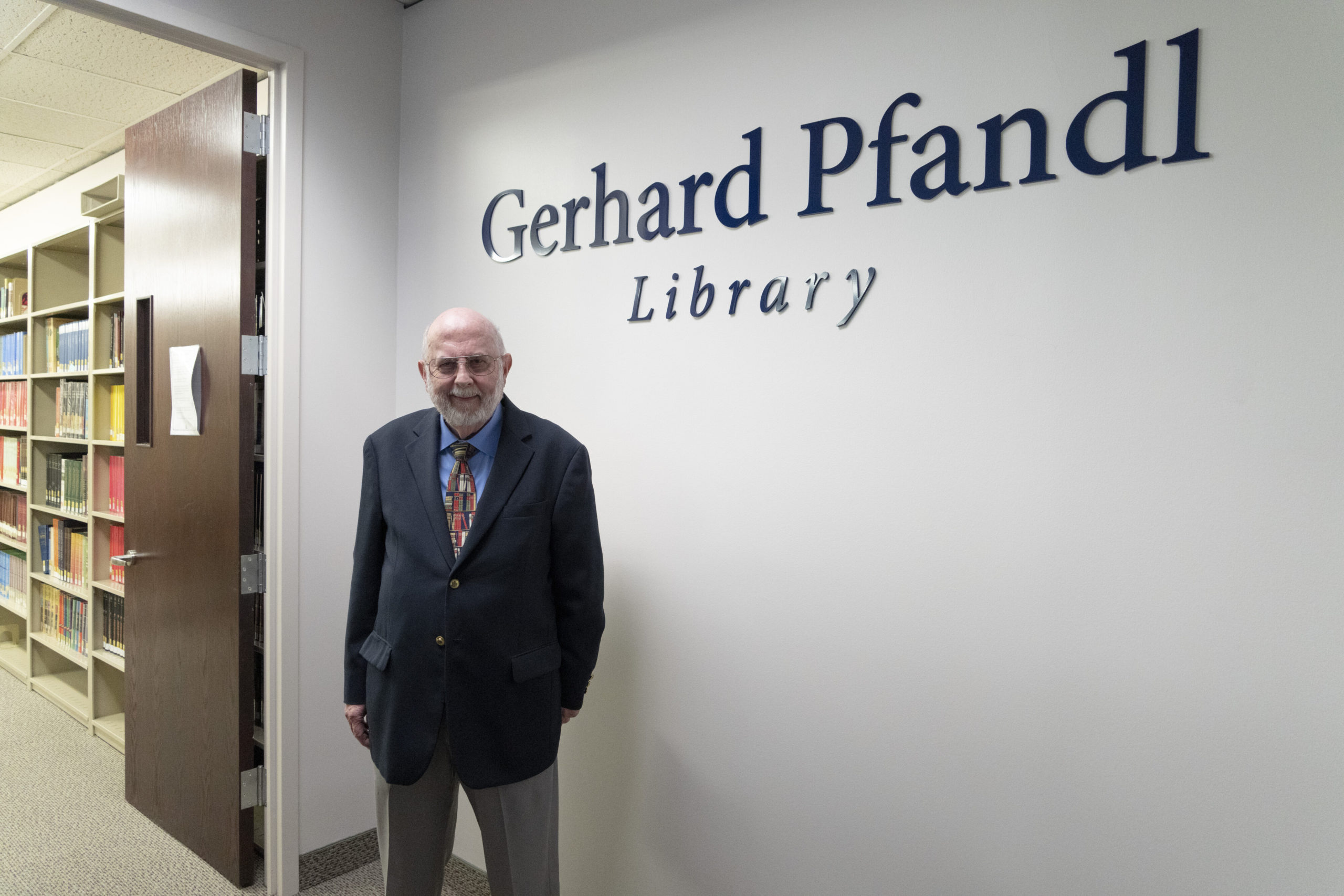