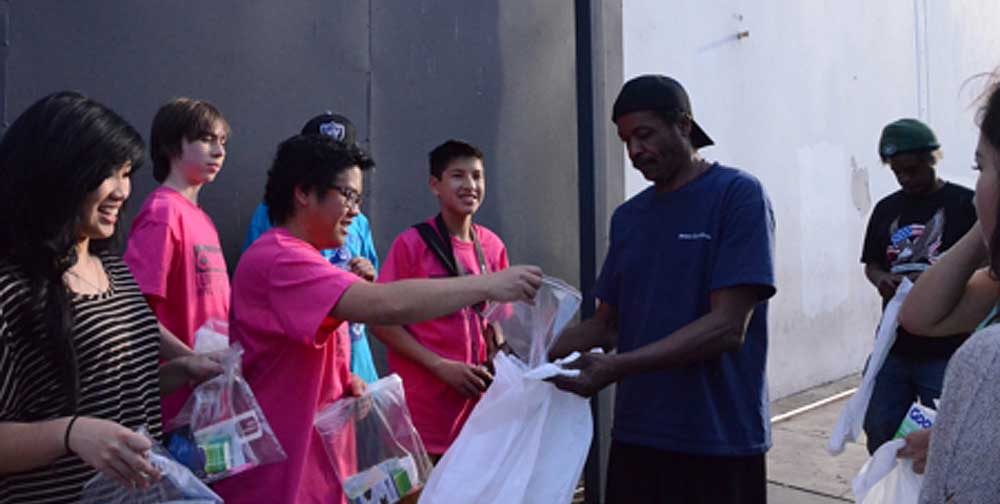 The second
annual Fix My Life youth rally, hosted by the Temple City church in January
2014, drew more than 750 attendees representing more than 15 churches. “We
wanted to involve more young people this year, since the theme for this year’s
event focused on such a basic but crucial concern of today’s young people — how
to live for Christ daily,” said Aaron Nakamura, event coordinator and Temple
City youth ministries director.

“Two years
ago, with much prayer, the leadership team chose ‘Fix My Life’ as the name of
this event,” he added. “It’s amazing, because now young people come up to us
saying that they think of Fix My Life instead of a better known expletive phrase
with the same initials common among young people today.”

The rally
started on Friday night, drawing an opening crowd of 180 young people. Lewston
Morris, Whittier church youth ministries director, spoke on making the decision
to take the first step toward living for Christ daily. He used his own
testimony and relatable youth-oriented terms.

“The best
part of Friday’s program was the prayer activity,” said 20-year-old Sychar
Yebra, who flew in from Chicago with her 16-year-old brother. The ACTS prayer activity
focused on four different types of prayer — adoration, confessions and
proclamations, thanksgiving and supplication. Participants rotated to different
stations where each prayer was emphasized. “It’s one thing to pray for our
lives and for those closest to us,” Yebra said, “but it’s a more powerful
experience when you pray with others facing challenges of their own. That
really hit me.”

Sabbath’s
worship program had standing room only, upping the attendance count to more
than 750. Collegiate ministry leader Jesús Noland gave a short message on
fixing the mind in order to live for Christ every day. Nakamura spoke,
asserting that living for Christ “needs to start right here” by not judging
others based on outward appearances.

After
lunch, participants had the opportunity to take part in one of three outreach
activities: feeding the homeless on Skid Row in Los Angeles; a community walk
and canned food drive for the needy in the local community that included
passing out GLOW Bible tracts; and a nursing home outing in which participants
sang and interacted with those they visited.

“It was
great to really connect with people in the community that you wouldn’t
otherwise connect with,” said 17-year-old Alex Gonzalez from Lake of the Woods
church. “You think feeding people on the streets would be so easy, but when you
actually talk to people and really learn about them, it’s amazing.”

“Maranatha’s rally highlighted its annual Ultimate Workout mission
project, which is specifically designed for high school students,” the event
coordinator said. “It also focused on team building and growing a spirit for
missions. This weekend was a huge weekend for SCC young people. I can’t wait to
see what next year will hold! Parents have come to me, excited to see events
catering to young people that help guide them to Jesus in a practical and
interactive sense — I share that excitement!”